In response to historic levels of flooding in Missouri, Nebraska and Iowa, the Coast Guard has closed a 70-mile section of the Missouri River to ensure the safety of navigation. Flooding on the Illinois River has shut down two locks to marine traffic, and transit on the Mississippi River is restricted to daylight hours only for downbound traffic between St. Louis and Thebes, Illinois, according to American Commercial Barge Lines. The stretch between Memphis and Vicksburg has a similar restriction in place for southbound traffic.

According to farm industry publications, these limits are interfering with the shipping of materials needed for the spring planting, including fertilizer. At the other end, outbound grain shipments have been slowed by about 20 percent in New Orleans due to fog, high water and rain, according to USDA.

River levels have reached record heights in 40 locations in the central Midwest, and flooding has wreaked havoc for farm communities along these waterways. The Corps of Engineers estimates that more than 200 miles of levees have been breached or overtopped. Thousands of people in Nebraska and Iowa have been evacuated. Three have died - two in the town of Columbus, Iowa and one in Norfolk, Nebraska - and two more are missing and presumed dead.

The flooding has also affected Offutt Air Force Base, the home of the main command center for America's strategic nuclear arsenal and the Boeing E-4B "Nightwatch," the airborne command post designed to take control of national defense in the event of a nuclear attack. Offutt AFB is now one-third under water, according to the Air Force, and at least 30 buildings have been completely inundated - including mission-critical hangars and maintenance areas. 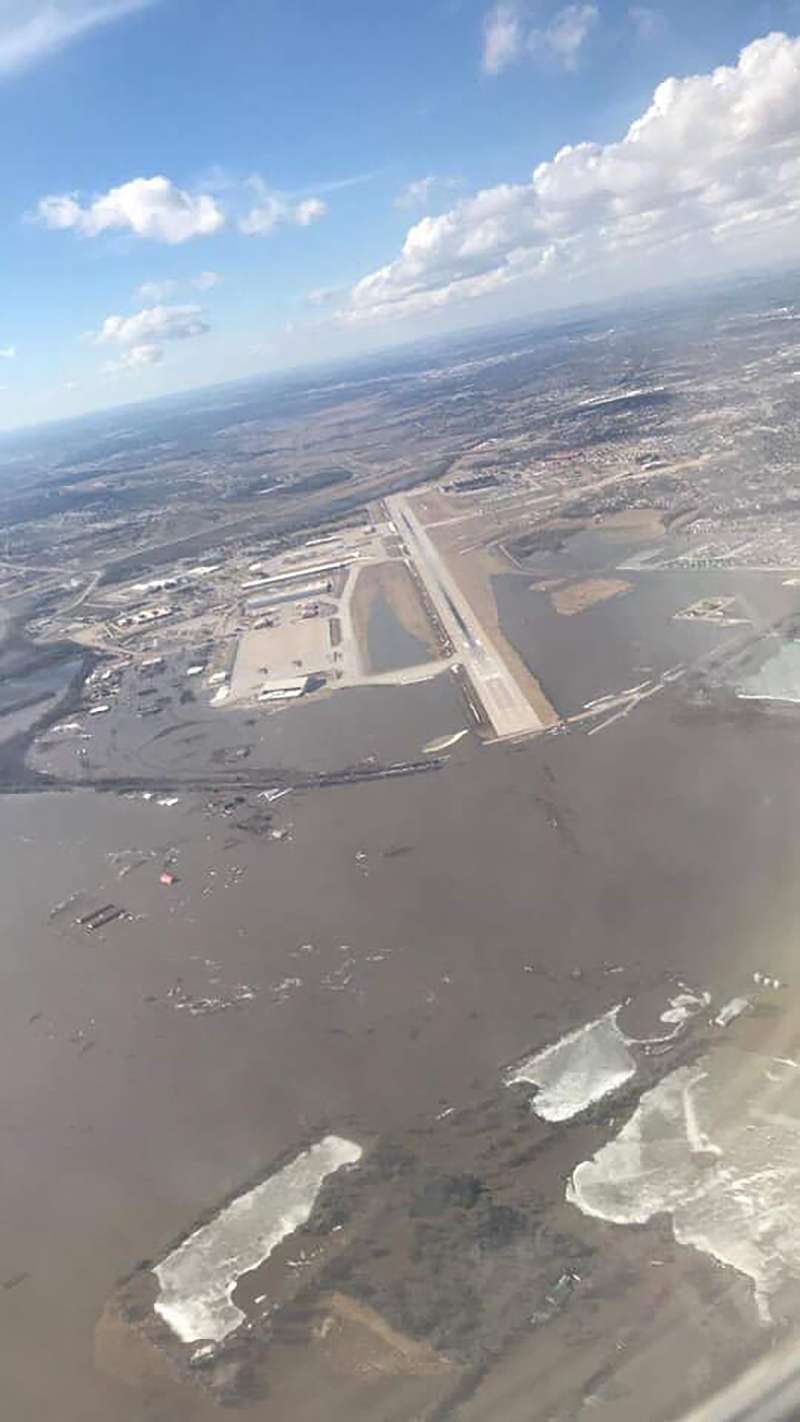