The port of Crotone in southern Italy was rocked by an explosion Wednesday afternoon aboard an offshore supply ship docked in the port. The fire brigade reports that three crew members were killed while another was injured and taken to a local hospital. The fifth crew member was reported to be dazed and confused after the explosion but apparently did not suffer any physical injuries.

The explosion happed around 5:00 p.m. on August 31 aboard a 68-foot offshore supply vessel named Asso. Not much is known about the vessel but it is believed to be supporting an offshore methane gas operation in the Mediterranean. The vessel is registered in Palau. Her log reports that she had come from Bar, Montenegro with the media saying she was due to depart for Malta.

Fire brigades and medical teams rushed to the scene and images show black smoke coming from the stern of the vessel after the explosion. The fire took approximately two hours to extinguish. Images from the fire department show them removing damaged containers.

Local media reports said the vessel had been docked in the port for a few days possibly undergoing maintenance. It is believed the crew was welding at the time of the explosion and fire possibly in the container or in the engine room. Arriving at the scene of the accident, the fire brigade reportedly discovered two bodies believed to have been thrown from the ship lying on the dock and a third in the harbor.

Investigators seized a welding machine and its components for further review. Reports suggest that the tank from the welding system might have been the cause of the explosion. 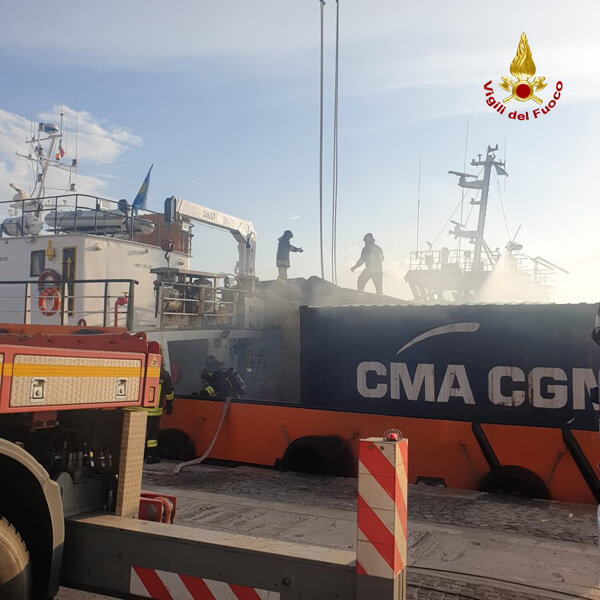