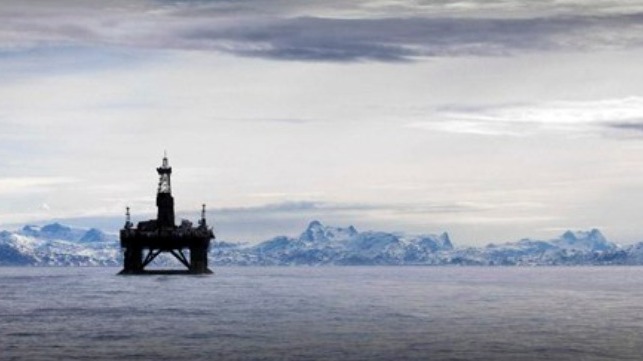 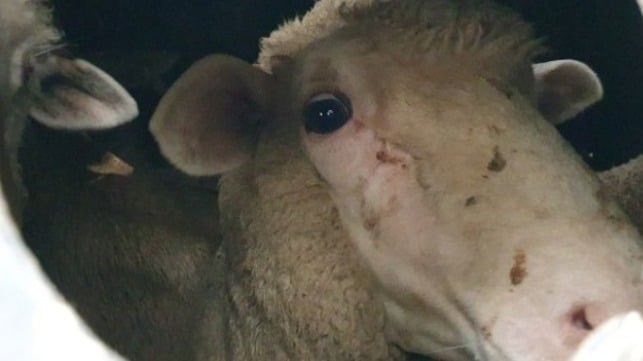 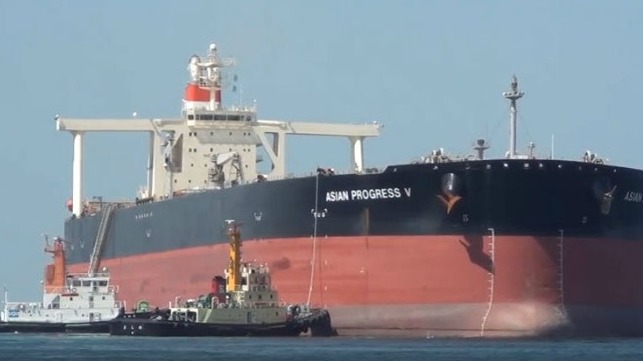 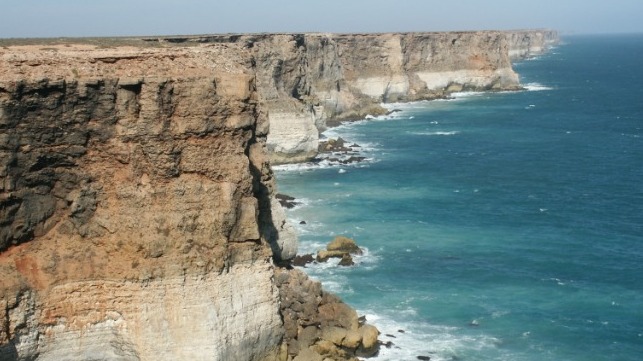 Air quality has remained the top priority of the European ports since 2013. An increasing interest in relationships with local community, in position 4 of the list, demonstrates that air quality has been increasingly a concern for citizens of port cities and urban areas. 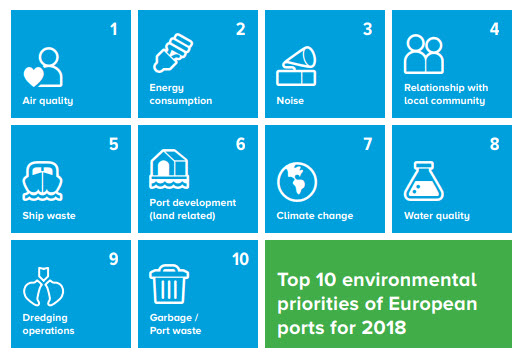 Marine litter-related priorities went also higher in the Top 10 list compared to last year. Waste was the most monitored issue, and it increased by 17 percent since 2013.

73 percent of the ports are certified under an environmental standard (ISO, EMAS, PERS), while 68 percent make their environmental report publicly available. On the development of alternative fuels infrastructure, 24 percent provide high voltage shore-side electricity for ships at berth and 30 percent have LNG refueling points. Another 24 percent are currently developing LNG infrastructure.

However, energy tax on electricity has been a significant barrier to the uptake of shore-side electricity for ships, being often the reason why it does not make a strong business case.

The data for the report was obtained from the responses of 90 E.U. ports to the EcoPorts Self Diagnosis Method, a tool developed for identifying and monitoring environmental risk and establishing priorities for action and compliance. 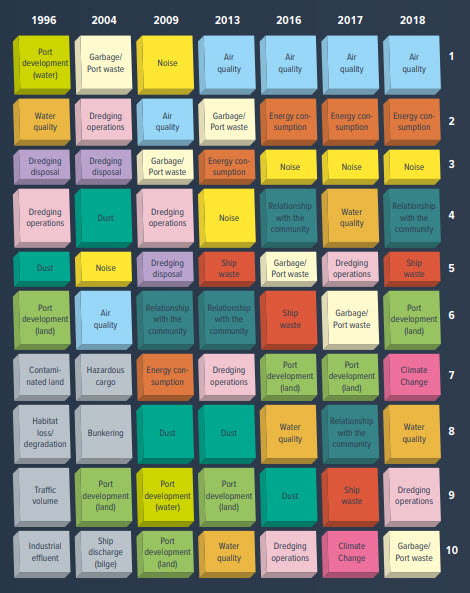 South African animal welfare organization, the National Council of SPCAs (NSPCA), has launched an application to the High Court to stop an impending shipment of sheep to Kuwait.  The matter is set to be heard in the Grahamstown High Court on Friday, 28 February 2020.  The move follows the organization's objection to an October 2019 shipment of sheep to the Middle East where the sheep endured what it called “horrendous conditions.” Since the shipment in October 2019, the NSPCA has...

Maritime consultancy MSI has issued a new analysis of how the coronavirus epidemic is affecting shipping's main sectors - and how it may impact each in the future depending upon the extent of the outbreak's spread.  Dry bulk may be seriously affected, as China imports about 40 percent of the world's seagoing dry bulk cargo. With extended factory closures and worker shortages, demand for bulkers has already been affected. MSI forecasts that China's steel production will fall about three percent...

Equinor has informed the Australian authorities of its decision to discontinue its exploration drilling plan (Stromlo-1) in the Ceduna sub-basin, offshore South Australia.  Following a holistic review of its exploration portfolio, Equinor has concluded that the project’s potential is not commercially competitive compared with other exploration opportunities in the company. “The approval of the Stromlo-1 exploration well Environment Plan confirmed our ability to safely operate in the Bight. However, Equinor has decided to discontinue its plans to drill the Stromlo-1...