Ports in Europe and North America are moving forward with efforts to create onshore power investing in the upgrades required to support cold ironing for ships calling at their ports. One of the priorities is the cruise ship sector as the ports seek to reduce emissions and enhance their region’s environmental performance.

In the past few days, three ports have announced new initiatives in shore power. The Port of Kiel, Germany dedicated its new facility while both Stockholm and Victoria, British Columbia authorized initiatives to develop the capabilities. The projects highlight both the opportunities and challenges in the development of the facilities.

The plant ranks among the most powerful ones of its kind, according to the Port of Kiel and will supply Stena Line ferries with eco-power starting in 2021. The power plant can support two vessels on the dock at one time. Dr. Dirk Claus, Managing Director at the Port of Kiel said that as of January, the port can supply 44 percent of the energy demand by the vessels berthing in Kiel. Within two years the goal is to increase that to 60 to 70 percent.

While the plant will be an important contributor helping to reduce emissions in the region, the prominence of its position also made the building a landmark between the city center and the waterfront promenade. Almost half of the 720 square meter metal exterior wall is covered with more than 12,000 LEDs that can be individually controlled. When all LEDs are in full operation, the wall consumes less than 25 kWh of eco-power. 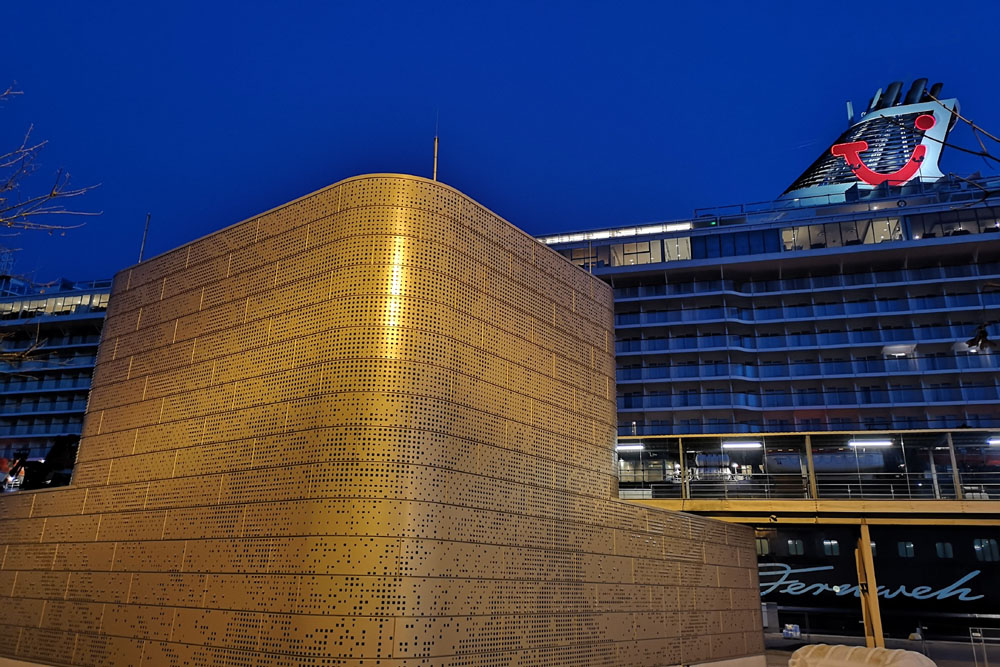 The Ports of Stockholm, together with the Baltic Sea ports of Copenhagen/Malmö, Aarhus, and Helsinki, will all invest in providing onshore power to cruise ships in a joint initiative to reduce emissions within the port areas. By using a common international standard, the ports believe they will make it easier for cruise ships and shipping companies to invest in and connect to onshore power.

The Swedish Environmental Protection Agency and the EU have committed to investing in the onshore power supply for the Ports of Stockholm equipping two central quays with high voltage onshore power connections. The project will start in December 2020 and will be completed in 2023 and 2024. 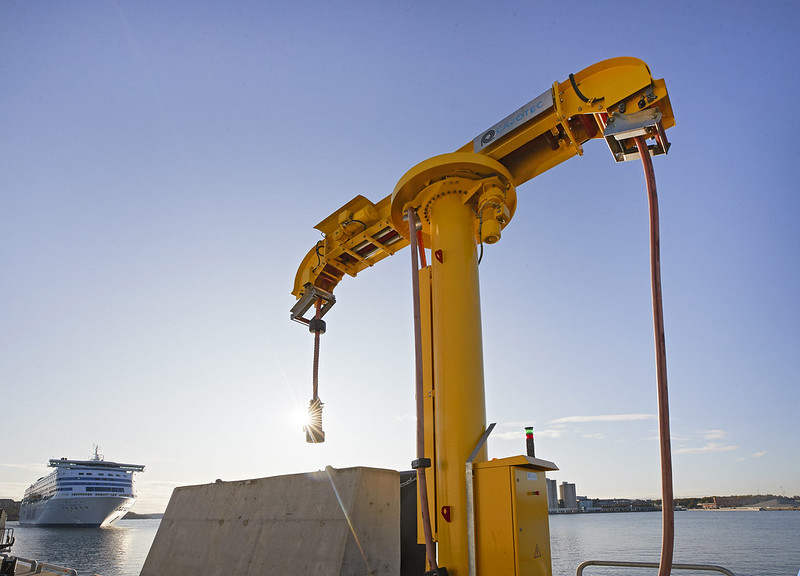 Stockholm is proceeding to equip terminals to do cold ironing

The Greater Victoria Harbour Authority confirmed that its board has decided to proceed with the next stage of the shore power project for the Victoria Cruise Terminal at The Breakwater District. Their decision came after reviewing a report which concluded that a reduction of more than 46 percent of greenhouse gas emissions and criteria air contaminants is achievable with the installation of shore power at two berths at Pier B, which is used by three-quarters of the cruise ships that visit Victoria.

The challenge for the port is that the project is expected to cost up to US$20 million, while the port is currently receiving no cruise ship revenue due to the industry’s pause in operations in 2020.

In announcing its decision to proceed with the project, the port’s board said, “the project cannot proceed until a stabilization of the cruise industry is achieved and funding sources are determined.” The next steps will focus on funding opportunities with partners and stakeholders and developing a power upgrade design and installation plan with BC Hydro.