Oil majors Eni and Anadarko are moving forward with plans to build LNG terminals in Mozambique, an investment that promises to change the landscape of the African nation's economy.

The two firms reached a joint agreement on the plan in late 2015. It stipulates that they will each develop adjacent offshore gas fields in Mozambique's Rovuna Basin, the first step in developing the nation's estimated 180 trillion cubic feet of natural gas reserves.

Under the terms of their joint agreement, Eni and Anadarko will each develop their own terminals. The combined capacity is projected at about 15 million tonnes per annum (mtpa), roughly half the capacity of U.S. LNG firm Cheniere's first export terminal.

Eni signed with the Mozambique government in June for the development of its portion of the project, Coral South LNG. The firm said that accompanying contracts for financing, construction, drilling and installation were signed at the same time. 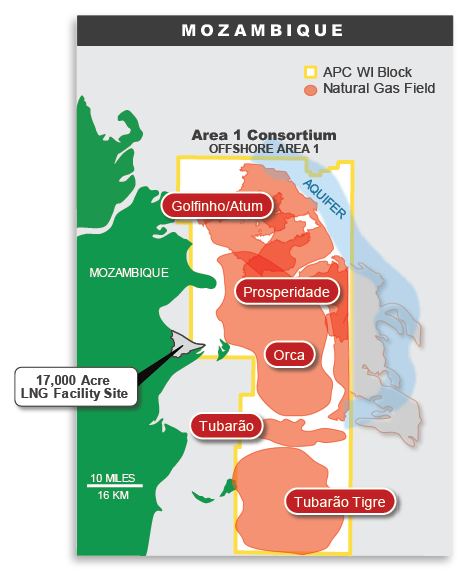 Eni intends to use a new 3.5 million tonnes per annum (mtpa) floating LNG plant to export the gas. It would be only the third FLNG in the world, after Shell's Prelude and Petronas' PFLNG Satu. Anadarko's blocks are closer to shore, and its LNG terminal – Mozambique LNG – would be on a 17,000 acre onshore site. It would have a first phase capacity of 12 mtpa.

"This is a key milestone on the path to a final investment decision for our initial two-train LNG project," said Mitch Ingram, Anadarko Executive Vice President, Global LNG. "It marks the completion of the core components of the Legal and Contractual Framework with the Government."