[Brief] The U.S. Coast Guard and private salvage crews are responding to reports of a containership with an engine room fire adrift off the coast of California. The crew is reported to all be safe while awaiting tugboat assistance.

The reports of the fire came in to the Coast Guard Sector San Francisco at just before 5 a.m. local time this morning. The 4,888 TEU containership NYK Delphinus reported an engine room fire aboard the ship. The vessel was approximately 50 miles west off the coast of Monterey, California.

The Coast Guard Cutter Sockeye along with two Coast Guard helicopters was sent to assess the situation and provide assistance as needed. The Coast Guard reports that they transferred a dewatering pump to the Delphinus and are remaining on scene providing surveillance.

The Unified Command responds to container ship fire off coast of Monterey. 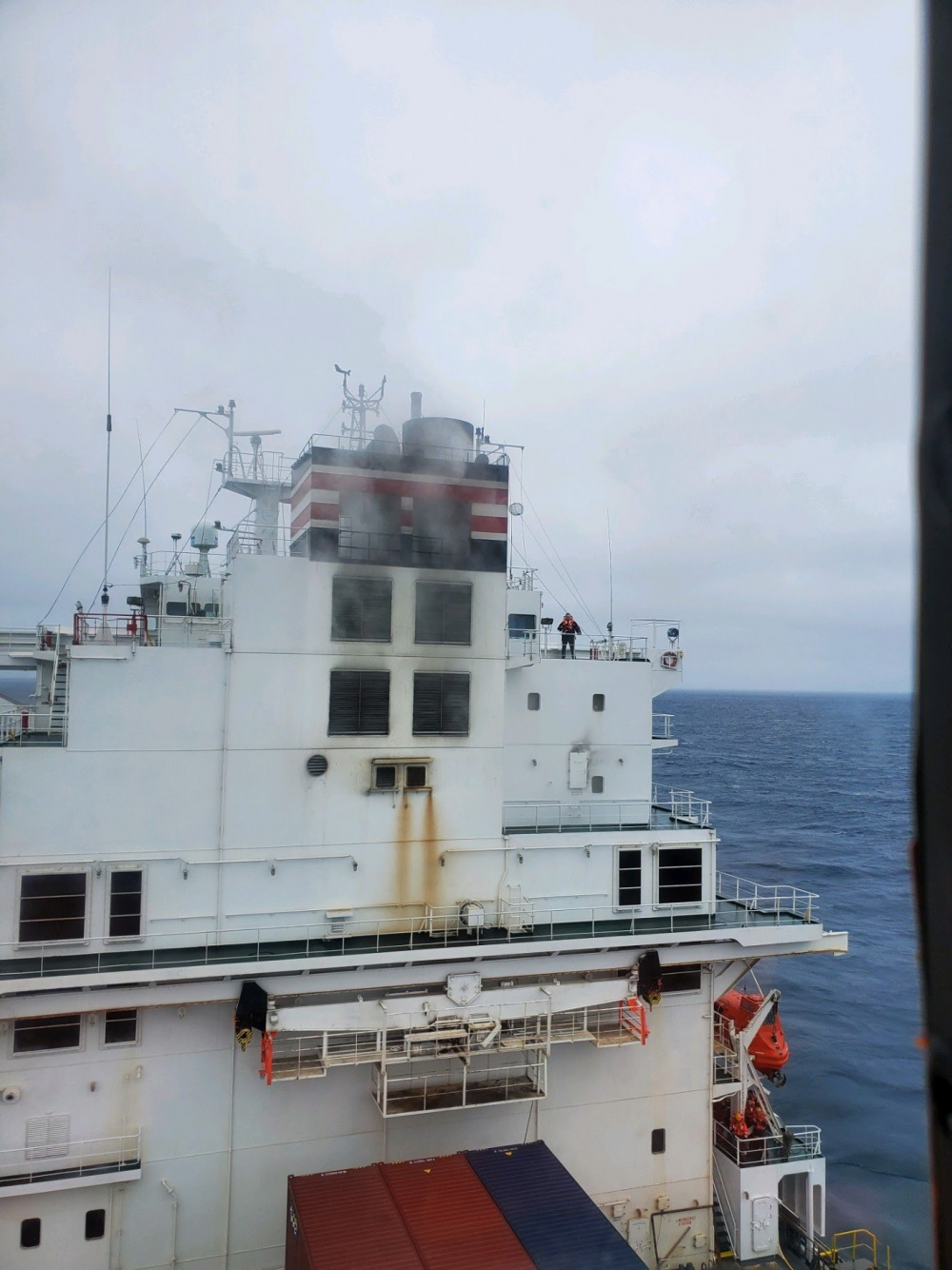 The operator of the vessel has also reportedly contacted Resolve Marine to assist. Arrangements were being made to send tugboats to assist the disabled containership.

The 14-year old vessel, which is registered in Liberia, had departed Vancouver, Canada and was sailing to Oakland, California. Some reports suggest that the 65,950 dwt ship was circling off the coast of California while waiting for terminal space in California.