The electric ferry Ellen sailed on her maiden voyage between Søby and Fynshav in Denmark last week.

The new ferry, developed by an E.U. Horizon 2020 project, is the first ferry in the world to hold a battery package with enough energy for both her ordinary operation as well as emergencies.

The route is 22 nautical miles long, and she is capable of carrying approximately 30 vehicles and 200 passengers. To reduce weight, the ferry's passenger areas are on the same level as the car deck. The bridge is made of aluminum instead of steel, and the vessel's furniture is made from recycled paper rather than wood. 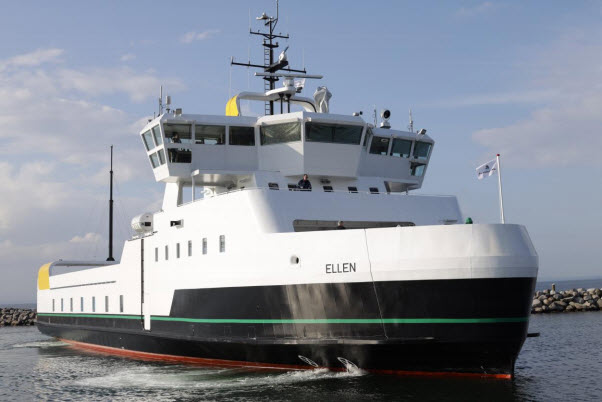 The ferry is just under 60 meters long, has a breadth of approximately 13 meters and will travel at speeds between 13-15.5 knots. The 4.3MWh battery system on board was provided by Leclanché of Switzerland. It uses high-energy G-NMC lithium-ion cells with unique safety features, including a bi-cellular laminated design and ceramic separators. The battery system is divided into 20 units, each connected to separate converters that control the energy output. Leclanché engineered the marine rack system including fire prevention and extinguishing systems. The project has received DNV GL type approval, and the Danish Maritime Authority has been partner, authority and now the flag of the ferry.

Danfoss Editron has provided the electric power equipment for Tellus, which will become Sweden’s largest hybrid-electric car ferry when it enters operations. The ferry will be capable of transporting up to 297 passengers and 80 cars per journey on the 1.15-mile Gullmarsleden route linking Uddevalla to Lysekil. Commissioned by the Swedish Transport Administration, Tellus will mainly operate on fully-electric mode. 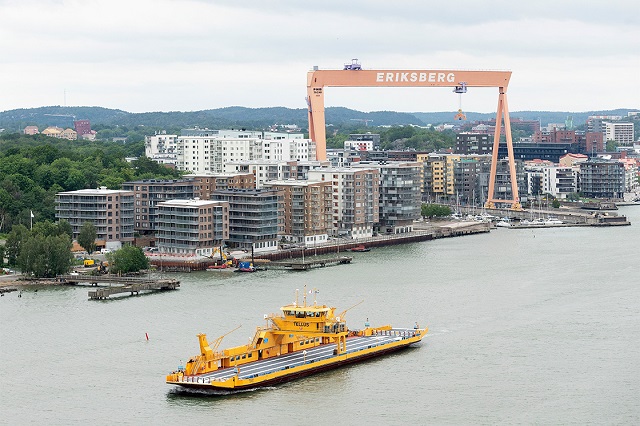 Also in Sweden, Gothenburg's ElectriCity project will convert an existing ferry to electric power as part of the ElectriCity project. The all-electric ferry service will add to the city's existing electric bus service. The electric marine propulsion system is being provided by Volvo Penta, following the city's collaboration with Volvo Buses. The ferry is expected to enter service on the Göta River in 2020.

The marine battery market is anticipated to double by 2020, when about 80 percent of new based coastal vessels will include some form of battery operation.