Last week, the crew of the Royal Dutch Navy patrol vessel HNLMS Holland lucked out with a particularly easy drug bust. No pursuits, warning shots or boardings were required: all they had to do was pull 5,000 kilos of cocaine out of the water.

A Dutch Caribbean Coast Guard (DCCG) patrol aircraft spotted a floating field of bales in international waters of the Caribbean, and the Holland diverted to the scene to investigate, along with a U.S. Coast Guard helicopter. The Holland dispatched her small interceptor boat, and the crew discovered that they had stumbled upon a vast cargo of cocaine, afloat on the high seas and waiting for pickup.

No suspects were present, so there were no arrests to make. The drugs were hauled aboard and passed off to the U.S. Coast Guard for destruction. 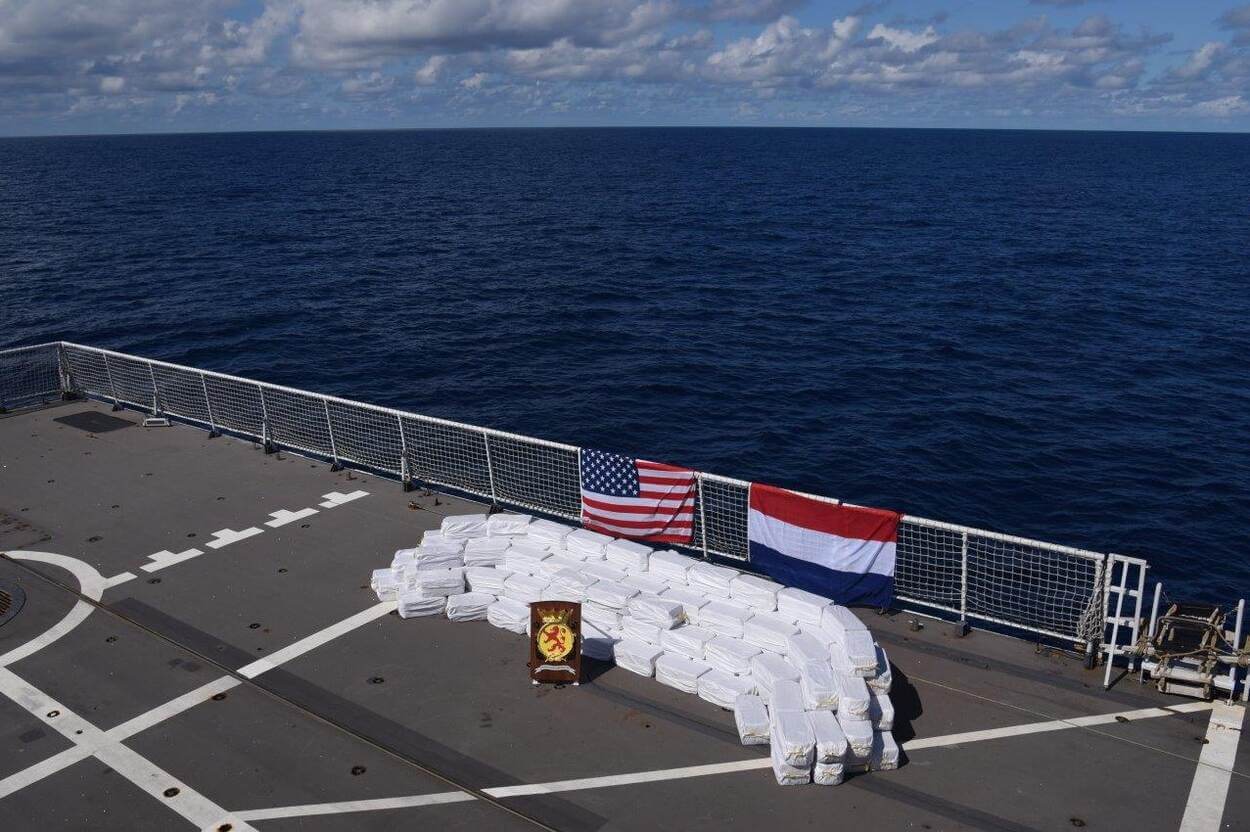 The bust was the fourth that Holland has made in the Caribbean since the start of her tour of duty in April. In the prior three intercepts, she had seized about 1,600 kilos of drugs.

The most recent bust, completed on November 24, saw her crew recover 630 kilos of cocaine from the water; the suspects managed to escape in their go-fast boat.

In counternarcotics operations, the Royal Dutch Navy works with the Dutch Caribbean Coast Guard and the U.S. Coast Guard, depending on jurisdiction. In territorial seas areas, the DCCG takes custody of suspects and narcotics, and the USCG handles cases on the high seas.