The Dutch Coast Guard responded to an engine room fire on a tanker offshore near Amsterdam on Monday morning. They are reporting that the fire was quickly brought under control and extinguished avoiding a serious incident and no individuals were harmed. There was no pollution but the vessel is disabled.

The 49,478 dwt product tanker Hafnia Tanzanite, registered in the Marshall Islands, was inbound from Malaysia with a cargo of bio-diesel fuel. The report of a fire aboard the tanker came to the Coast Guard command at 6:00 a.m. The vessel was approximately 40 nautical miles west of Scheveningen, with a major anchorage off the coast of the Netherlands, and has a crew of 20 aboard.

The Coast Guard alerted multiple units sending an aircraft to investigate along with a SAR helicopter and three lifeboats. They were preparing for the evacuation of the crew. In addition, they directed another rescue boat operating in the area to the tanker. 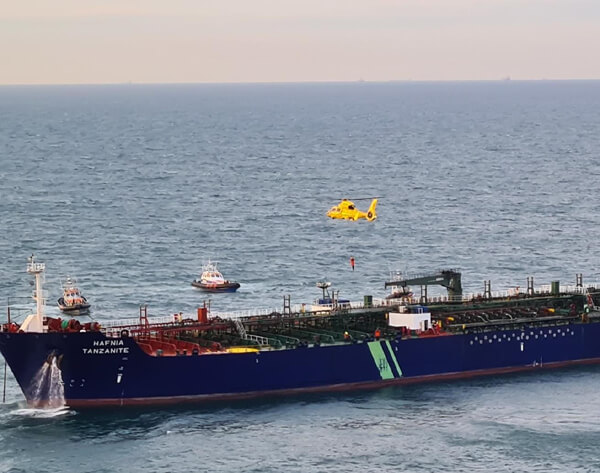 A specially trained fire crew with the Maritime Incident Group was airlifted to the vessel to assist with the firefight. Shortly after 7:00 a.m., they reported that they believed the fire had been extinguished through the use of the ship’s Halon system.

The MIG team later entered the engine room to confirm that the fire had been extinguished and to determine the extent of the damage. They reported that the fire began in the middle auxiliary engine of the six-year-old tanker.

“So much damage has been caused to the engine room that the ship can no longer sail under its own power,” the Coast Guard said in its follow-up statement to the incident. Two additional tugs were sent to the scene and the 600-foot tanker was taken to the anchorage, where it remains.

The Coast Guard is reporting that the vessel is disabled due to the extent of the damage. They are expecting that the ship will be towed to port by the owners for an additional survey and repairs. 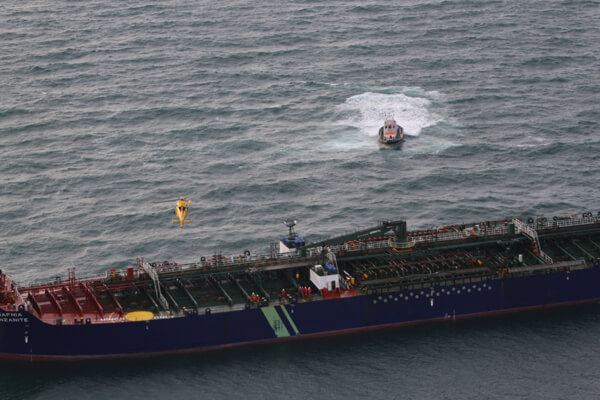