South Korean shipyard Daewoo Shipbuilding & Marine Engineering (DSME) has won an FSRU order from Greek shipping company Maran Gas Maritime, a subsidiary of Angelicoussis Shipping. It is the 100th order from the group.

The Pulse reports that Angelicoussis has ordered 100 vessels to DSME worth a combined $11 billion since its first order of 98,000-ton crude carrier in 1994. Of these, 82 have been delivered and the rest 18 are being built at Okpo shipyard.

LNG World Shipping cites the latest annual report from the International Group of LNG Importers, saying there were 28 FSRUs offering storage capacity of 4.3 million cubic meters in service at the end of 2017. The orderbook at the time consisted of 12 FSRUs, with five scheduled for delivery in 2018.

VesselsValue recently ranked billionaire John Angelicoussis as the richest Greek shipping executive. Speaking at Posidonia this year, Angelicoussis, said: “LNG was an antiquated industry until 2005: what other sector used steam this century? We were a very traditional industry that got better very quickly. Now we have reached a plateau, but the new projects will continue. The gas demand is increasing; there may be a supply/demand mismatch in the short term, but more vessels will be needed than we think.” 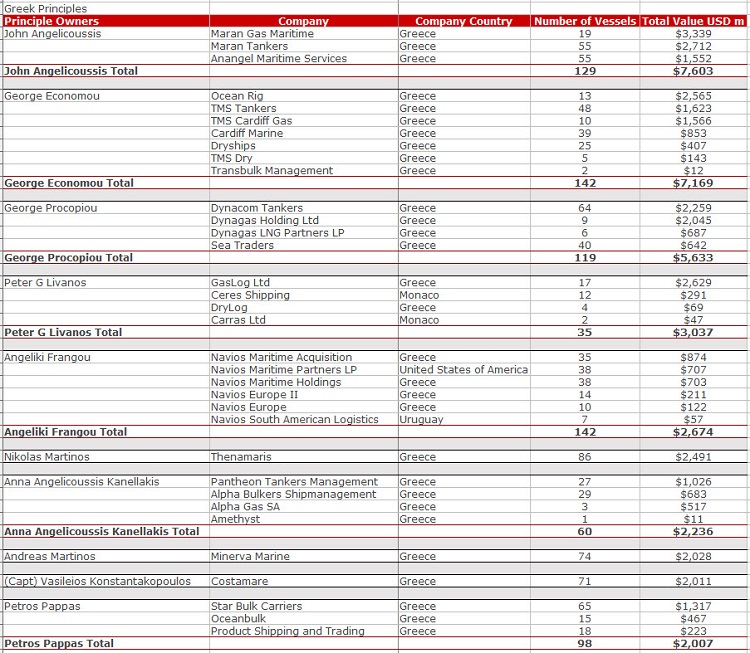