Emergency response teams are still searching for two crewmembers from the product tanker Aulac Fortune, which caught fire and exploded off Hong Kong on January 8.

Dive crews are searching the Fortune's number four cargo tank, which was one of three ripped open by the blast. The missing men are believed to have been working on the main deck above the tank at the time of the explosion.

The damaged tanks are filled with up to about 20 feet of water and petroleum, according to the department. "Due to the impact of oil pollution, there is zero visibility at the bottom of the holds," the agency said in a statement. 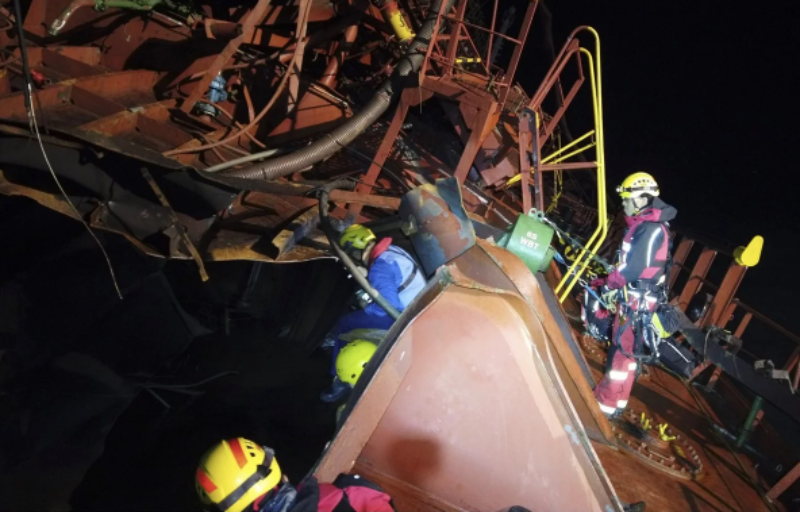 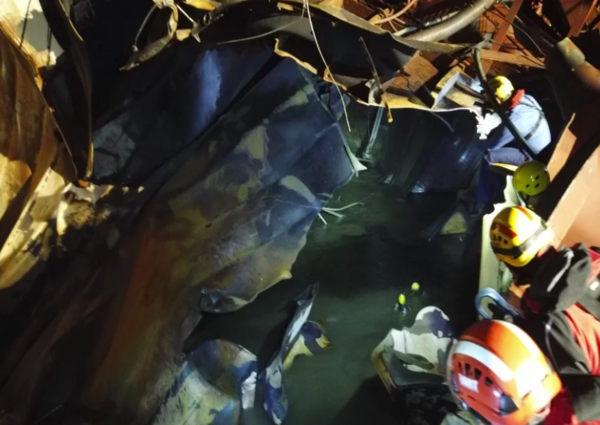 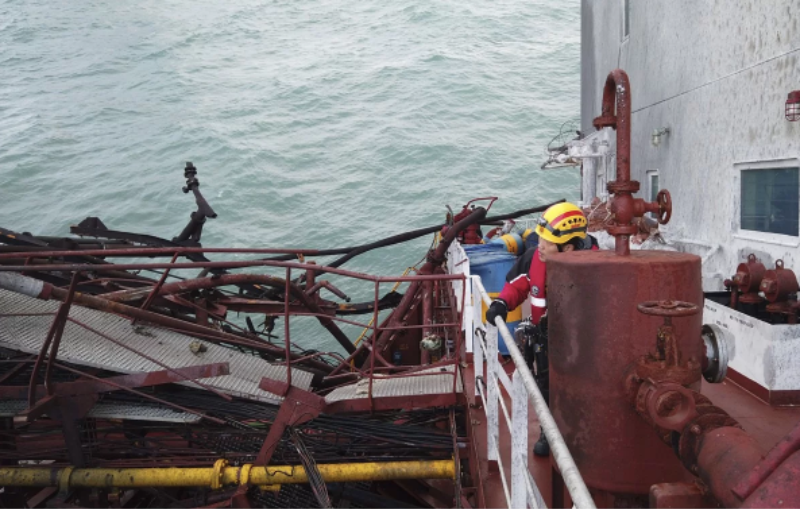 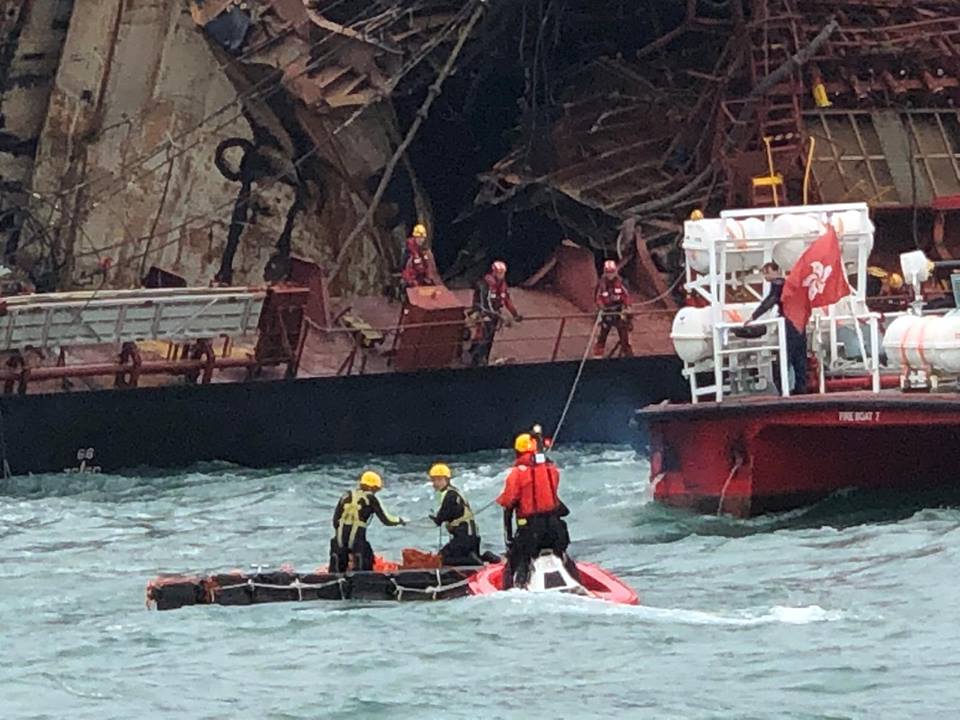 At a press conference Friday, emergency response officials described a hazardous search environment. The damaged tanks are filled with jagged wreckage, and wind, currents and wave action lead to movement of metal fragments within the spaces. Due to the extensive damage and the vessel's 30-degree list, the tanks are not easily accessible from deck, and the Hong Kong Fire Services Department has assigned a high-angle rescue team to rig lines and lower divers into each compartment.

The Vietnamese product tanker Aulac Fortune arrived off Lamma Island, Hong Kong on Tuesday morning for a bunkering stop. She exploded at 1130 hours, and residents reported that the blast was forceful enough to rattle windows on several nearby islands.

The crew abandoned ship into the water, and first responders rescued 23 survivors, including four injured crewmembers who have been hospitalized. One crewmember has been confirmed dead, and an additional two remain missing.

The first 36-inch diameter high-density polyethylene (HDPE) floating pipe barrier segment has been installed around the wreck of the Golden Ray. The environmental protection barrier is being built by Weeks Marine. The HDPE pipe, which is foam filled and one of 36 segments in total, will float on the water surface between steel buoys constrained by the structural framing at each pile group. The HDPE barrier will secure and protect a floating offshore oil boom that will be installed outside...

In the era of COVID-19 and social distancing, remote survey and inspection procedures are proving even more helpful than before, according to regulators and class societies.  Given the current restrictions on person-to-person interaction, the U.S. Coast Guard is now encouraging its inspectors to use remote methods to verify vessel compliance. Under new guidance, U.S. flagged vessels and U.S. OCS units that are due for required COI renewal, annual inspection, dry dock exams or internal structural examinations may now be eligible...