Miami-based architecture firm Berenblum Busch Architects (BBA) has unveiled its design for Carnival Corporation’s first cruise terminal in Japan. Located in Japan’s port city of Sasebo, Uragashira Cruise Terminal will support the Japanese government’s plans to develop its ports and increase the number of cruise travelers in the region. The terminal will serve as a port-of-call for cruise ships primarily traveling from mainland China to Japan.

As the region is prone to typhoons and earthquakes, BBA’s design of the 50,000-square-foot terminal consists largely of concrete, as well as glass and steel, which will be locally sourced. The terminal’s interiors will be highlighted by wooden finishes. The program includes functions such as retail spaces, passenger waiting area, immigration, customs, offices, a second-floor terrace overlooking the sea, a public plaza, a designated car and bus drop-off area, and parking.

The terminal is expected to be operational by 2020, ahead of the Tokyo Olympic Games.

Carnival Corp. has a strong cruise presence in Japan, carrying an estimated 1.8 million passengers in the market.

The new one-story terminal is located between Sasebo Bay and the mountains, and the design aims to make it part of the green landscape. BBA’s design is “Zen” and minimal, taking into account Sasebo’s culture, its building traditions, geography, and low-scale surrounding.

The focal point of BBA’s design is the terminal’s curving roof. Extending past the building and out toward the lush hills that make the serene scenic environment, the roof welcomes the sea and the incoming ships it carries, while also blurring the lines between the inside and outside. Sawtooth skylights that face north were also incorporated into the roof to maximize the natural light resource without full sun exposure. The roof’s long overhead will serve as a cooling mechanism for the building, as well as a shield for the terminal’s glass walls and steel frame.

“The design concept for Uragashira was to create a ‘cruise terminal in a nature park.’ Sasebo is an area known for its 10,000 islands, and we want travelers to feel like they’re in a park and not a parking lot. We accomplished this by respecting and conforming with the surrounding nature and adding additional vegetation to the site,” said BBA Founding Principal, Gustavo Berenblum. 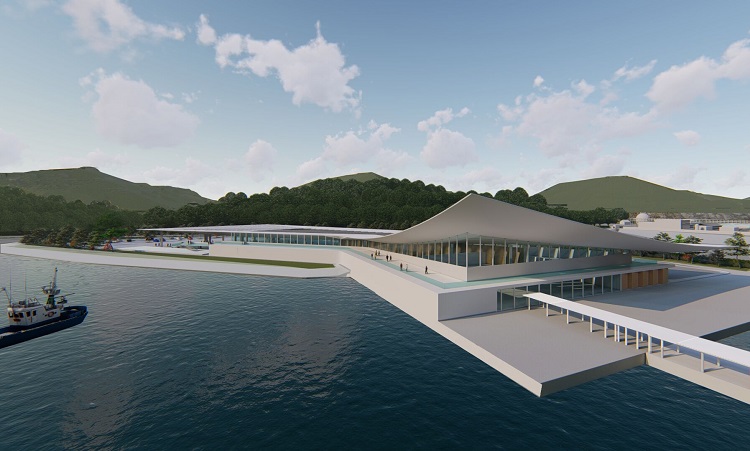 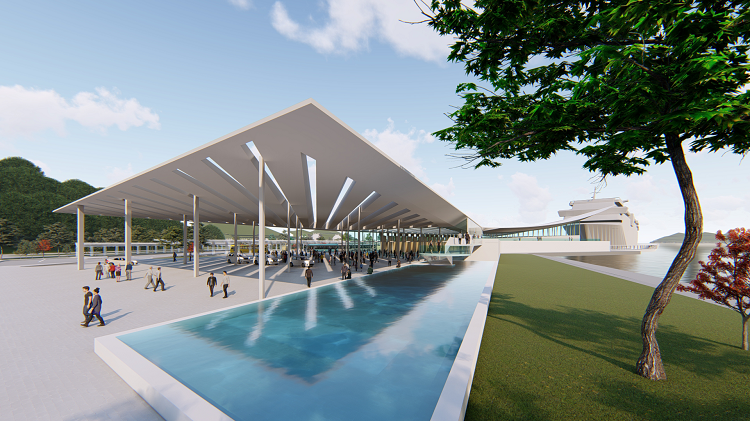 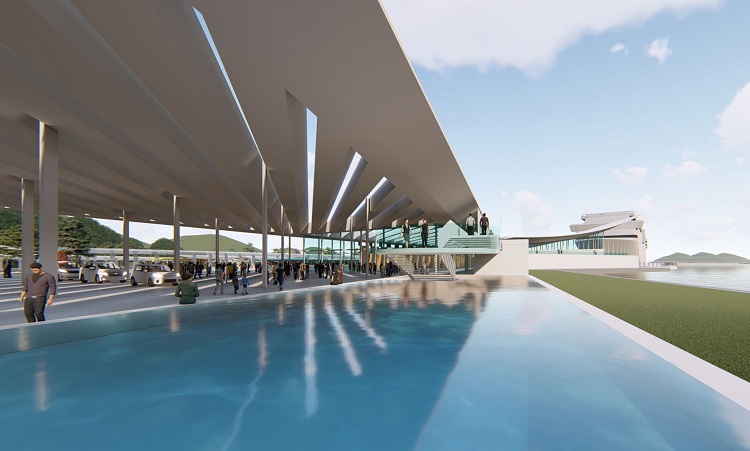 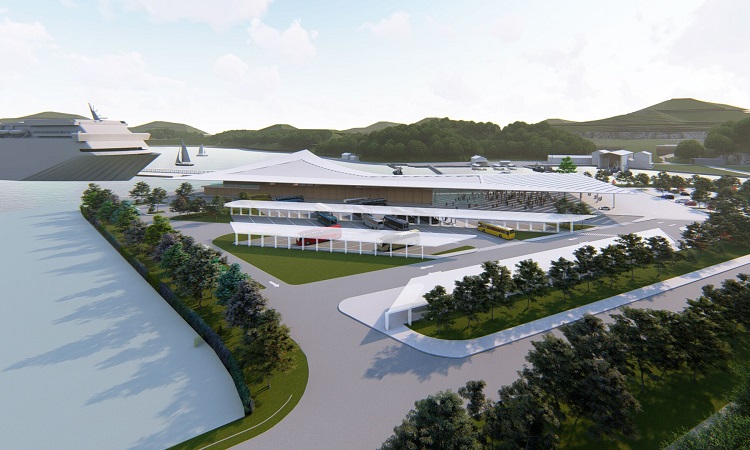