Yanmar will supply the high-perfromance dual-fuel engines, and Osaka Gas will supply LNG fuel to the tug which will be operated by Nihon Tug-Boat Co.

MOL's experience with the tug will feed back to various types of LNG-fueled ships including a planned environment-friendly ferry.

In April, DNVGL issued an Approval In Principle to MOL and Samsung Heavy Industries (SHI) for the future design of a series of four LNG-powered 20,000 TEU container ships, which have been under construction.

MOL signed a deal for the series of container ships in 2015. The ships were designed in anticipation of using LNG as a fuel. At the construction stage, MOL and SHI developed a basic plan targeting vessels in service, performance evaluation, compliance with new regulations, and risk assessment in a joint study, and completed the basic design in March. 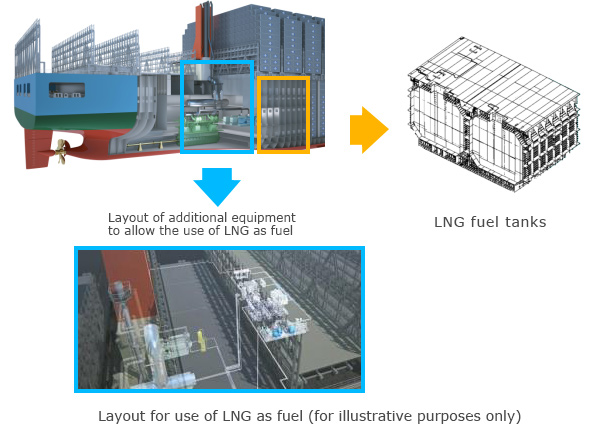 MOL positions this series of vessels as its environmentally advanced next-generation ships. The first vessel of the series, the MOL Triumph, was delivered on March 27. MOL Triumph is expected to be converted to run on LNG fuel when the LNG supply becomes commercially available in the future.