To the great surprise of a stonemason in southeast England, when their long-awaited shipping container arrived from India there was an unwelcome stowaway snake in the box. The shipment of rocks had arrived from India and they were beginning to unpack it when they found the snake.

“The people who opened the container and found the viper were very lucky to be alive,” Sue Schwar of the South Essex Wildlife Hospital told the BBC. She speculated that “the snake was probably cold from traveling, so it was not too active,” when it was discovered.

The people in the stone yard however said they knew the snake was still very much alive. They called local authorities and then the animal hospital for assistance. By the time the animal hospital’s reptile expert and veterinarian arrived to collect the snake, they said it was more active and agitated. “It was hissing and spitting,” the hospital reported.

“As it was identified as a saw-scaled viper and having had one before we understood fully the gravity of just how dangerous these reptiles are,” said the animal hospital. “They are way up there in the top few most deadly snakes (it is believed to have killed more people than all the other species combined).”

The snake while not the most poisonous snake, according to the veterinarian is very quick to bite when it feels threatened. They have a highly toxic venom that can cause humans to bleed to death.

The South Essex Wildlife Hospital reported that its staff was able to place the snake into a locked box and transported it back to their facility. It was placed in a locked room that they sealed with tape and placed warning signs on the door. They arranged for the snake to be taken to a safe location by an organization that will be able to properly care for the animal. 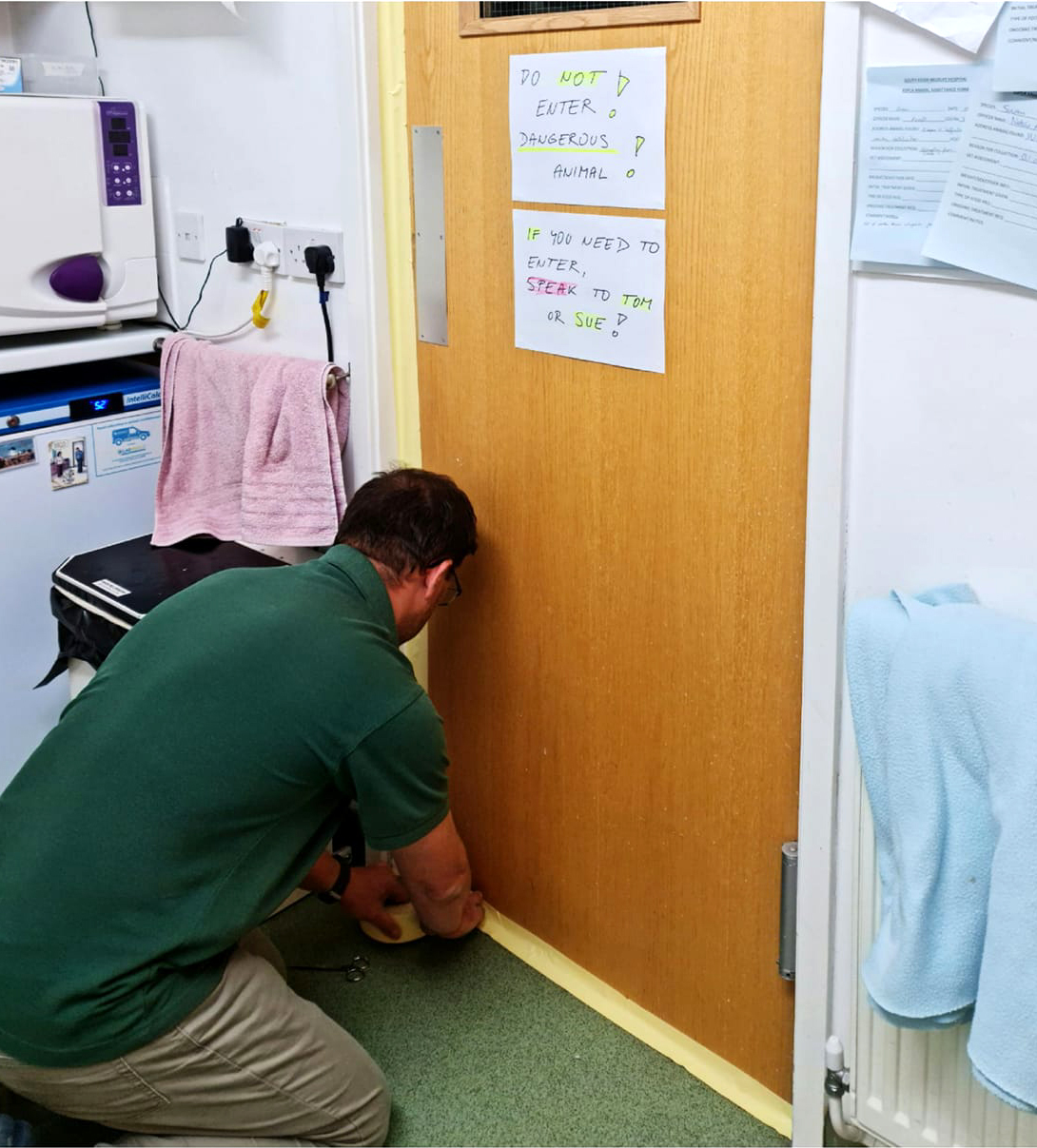