A string of high profile ivory busts over the past month has unexpectedly focused attention on Da Nang as a new entry point for the illegal ivory trade in Vietnam.

Three successive seizures at the Tien Sa port in Da Nang – with two weighing 500 kg or more – stand in sharp contrast to previous ivory seizures that have taken place in either Hai Phong port or Mong Cai province, further north in the country. 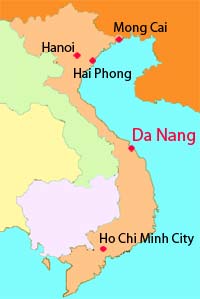 Records in the Elephant Trade Information System (ETIS) show that from 2009 to 2014, 80 percent of the large-scale ivory seizures occurred at Hai Phong, with the remainder taking place in HCM City and Mong Cai.

However, on August 13 Customs at Da Nang port seized a shipment of almost 600 kg of elephant ivory and 142 kg of rhino horns declared by a local company as marble and imported from Mozambique.

This was followed by a seizure on 21st August of over two tons of ivory inside a container full of timber from Nigeria. The recipient of this shipment was the same as the one in the August 13 seizure of rhino horns and elephant ivory.

On August 25, Customs in Da Nang seized 1,023 kg of tusks and over four tons of pangolin scales that reportedly arrived from Malaysia, making this the third ivory bust in the city in two weeks. The tusks were hidden among sacks of beans in a shipment weighing nearly 20 metric tons.

The confiscation of a large amount of ivory, pangolin scales and rhino horn by authorities shows the vigilance of Vietnam customs, says environmental organization TRAFFIC. However, it is worrying as it also points to Da Nang as a new port of entry for illegal wildlife trade in Viet Nam.

“With ivory and other wildlife smuggling at the forefront of global attention and enforcement efforts, traffickers are constantly exploring new routes and ports to exploit in the movement of illicit goods. The seizures in Da Nang are a perfect illustration of this,” said Madelon Willemsen, TRAFFIC’s Head of Office in Vietnam.

“Although some ivory processing in Vietnam does take place and may actually be increasing, the evidence suggests that most of the raw ivory imported into Vietnam is re-exported to China using land routes over the terrestrial border in the far north. Thus, trafficking through Da Nang represents increased transport costs as it is much further away from the Chinese border than the port of Hai Phong where most seizures of transit trade in the past occurred,” said Tom Milliken, TRAFFIC Elephant and Rhino Programme Leader.

It is unclear how long traffickers have been using this port to move goods, but the vigilance shown by the Vietnam Customs should continue, and their efforts will go a long way in reducing elephant poaching, says the organization.

TRAFFIC hopes investigations into local companies will yield the information required to cripple smuggling syndicates and urges a multi-agency, as well as international approach in dealing with this organized crime. 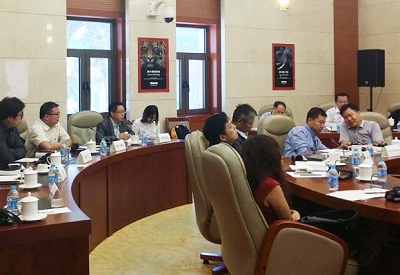 The U.N. resolution, adopted on 30th July this year, marks an extraordinary milestone in the global fight against wildlife crime. Co-sponsored by 86 countries including China and adopted by all 193 UN member states, the resolution reflects an unprecedented level of support from the global community for concrete actions to curb this serious transnational organized crime.

Representatives at the special workshop, which was co-sponsored by the United Nations Association of China, discussed a series of measures to fulfil China’s commitments under the resolution, including enactment of the national strategy for wildlife conservation in the 13th Five-year Plan, amendment of the Wildlife Conservation Law, prohibition of the transport and delivery of illegal wildlife products, steps to combat the illegal online trade, improvements to international and inter-agency law enforcement collaboration, and efforts to reduce demand for illegal wildlife products.

“As a responsible country, China has done a lot to curb wildlife crime and played a key role in the adoption of this historic resolution: it is now down to all U.N. member states to take action to implement it,” said Lo Sze Ping, CEO of WWF China. “WWF and TRAFFIC look forward to the rapid and effective application of this resolution, and stand ready to assist where possible in its successful implementation.”

“TRAFFIC has been monitoring the global illegal wildlife trade for many years and helping formulate solutions to reduce the demand for illegal wildlife products. If called upon, we would be more than willing to assist the Chinese government to achieve these shared objectives,” said Zhou Fei, Head of TRAFFIC’s China office.

Over recent years, there has been a surge in illegal trade in wildlife, including elephants, rhinos, tigers and some precious timber species – increasingly orchestrated by organized criminal syndicates. In Africa, up to 30,000 elephants are killed each year for their ivory tusks, while a record 1,215 rhinos were poached for their horns in South Africa last year. In Asian range states, parts of at least 1,590 tigers were seized between 2000 and April 2014.