The Indian Coast Guard has been engaged in a series of back-to-back emergency response efforts after Cyclone Tauktae cast four oil and gas vessels adrift off the coast of Mumbai, sent a tug aground off Karnataka and left multiple vessels in distress off Maharashtra and Gujarat.

The Indian Coast Guard swung into action in advance of the storm's arrival, mobilizing rescue teams and patrol vessel crews. The lessons learned during Cyclone Ockhi in 2017 - when hundreds of fishermen went missing in severe weather off the coast of Kochi - were on full display, and this time the authorities made early and proactive efforts to direct over 6,000 fishing boats back to port in advance of the storm. Oil and gas interests were also alerted to the need to make preparations for heavy weather.

#CycloneTauktae through effective & constant liaison with Fisheries Department & timely weather alerts to fishermen by @IndiaCoastGuard ships and aircraft, all 4526 fishing boats of #Maharashtra and 2258 boats of #Gujarat which were out at sea, have safely returned to harbour. pic.twitter.com/R4jJuykv9c

However, Cyclone Tauktae left multiple vessels and their crews in distress, and the Indian Coast Guard has been working hard to rescue hundreds of personnel in simultaneous high-stakes SAR operations.

At an oilfield about 40 nm southwest of Mumbai, the work barges P305 (Papaa-305), Gal Constructor and SS-3 (Support Station-3)  - operated by Afcons Infrastructure on a contract for India's Oil and Natural Gas Corporation (ONGC) - were all cast adrift by winds of up to 110 miles per hour and waves of up to 26 feet. Despite forecasts predicting extreme weather, all three barges were manned with hundreds of personnel when the cyclone arrived.

The P305 sank in the storm with 273 people on board. As of Tuesday night at least 74 were still missing, according to local reports, and Indian Coast Guard and Indian Navy search efforts continue. The naval vessels INS Beas, Betwa, Teg, Kochi and Kolkata are currently engaged in the search, along with multiple coast guard and ONGC-owned vessels.

"This is one of the most challenging search and rescue operations I’ve seen in the last four decades," said Deputy Chief of Naval Staff Vice Adm. MS Pawar, speaking to ANI.

Meanwhile, the barge Gal Constructor drifted aground, necessitating a separate evacuation effort. All 137 personnel have been rescued and accounted for. An additional 202 people were rescued from the drifting barge SS-3.

The ONGC-operated drill ship Sagar Bhushan also lost her anchors and went adrift, with about 95 people on board. On Tuesday, an SCI-operated tug successfully connected a line and took the Bhushan in tow.

Separately, the Indian Coast Guard's MRCC Mumbai coordinated with the tanker MT Desh Bhakt and the OSV Greatship Aditi, which went adrift in the storm during SPM operations off Mumbai. Though responders had concerns that Desh Bhakt was drifting towards the offshore rig Vivekanand-2, the tanker managed to restore propulsion and has since resumed her operations safely.

In less serious offshore casualties, the jack-up rig Valliant Driller reportedly lost a portion of her superstructure over the side in high winds, and the jack-up Sagar Kiran reportedly went dark ship after losing her emergency generator.

The Indian Coast Guard also had to contend with a variety of smaller-scale incidents. A fishing vessel sustained significant hull damage off Veraval, and its crew required evacuation and medical attention. The tug Coromandal Supporter IX went aground off Karnataka, and the Indian Coast Guard cutter Varaha Gemini and an Indian Navy helicopter evacuated the tug's nine crewmembers. Additionally, at least two more fishing boats lost power and required a tow in rough conditions. 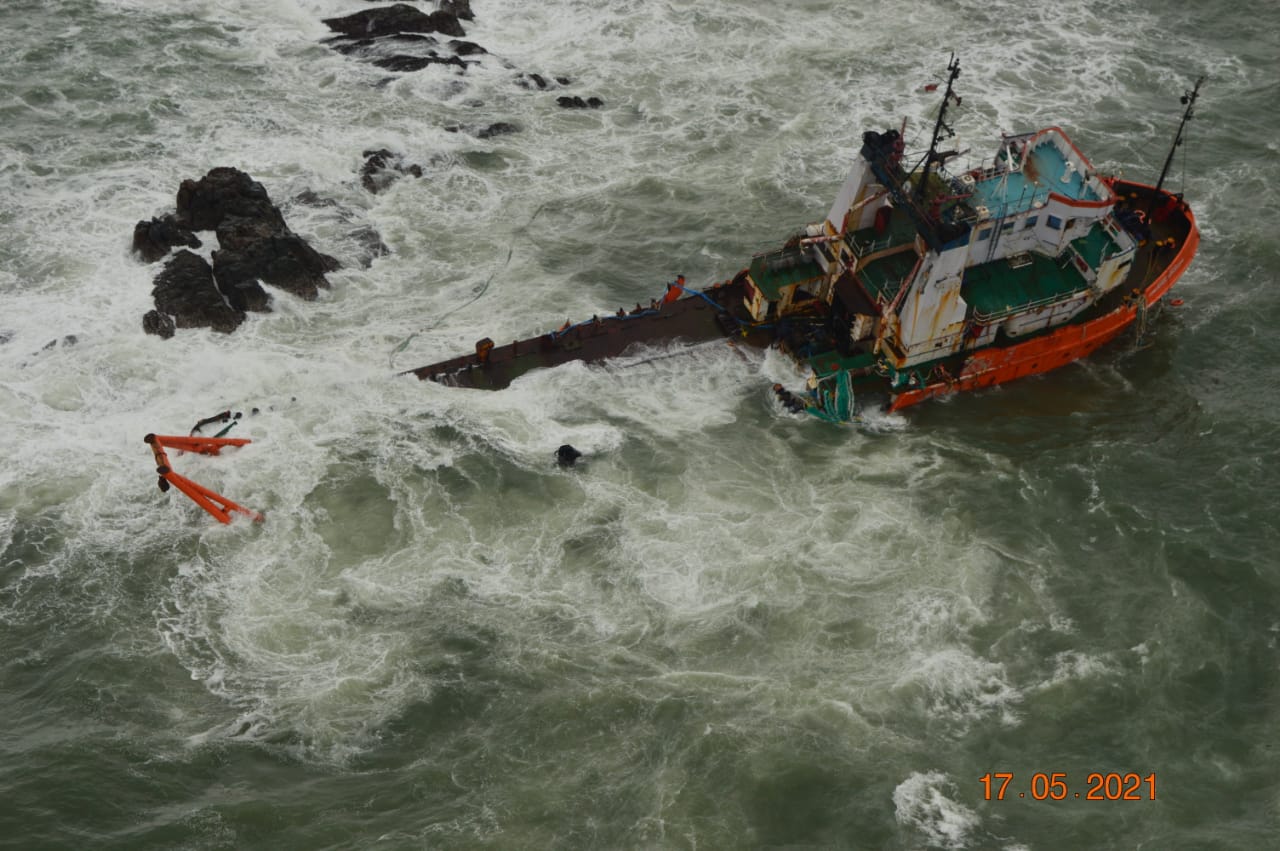