Another one of the classic cruise ships which helped to lay the groundwork for today’s billion-dollar industry has reached the end of its long career. Introduced in 1977 as Cunard Line’s Cunard Princess, the diminutive 17,500 gross ton cruise ship holds a unique place as the last of the first generation of modern ships. She survived for 45 years, outliving nearly all of her contemporaries, and now joining others at the breakers' yards.

The 537-foot-long cruise ship was ordered in the early 1970s as part of a pair to be built at Denmark’s Burmeister & Wain that were at the end of the wave of modern cruise ships. Unlike the others being ordered by the start-up cruise line the plan was for these sisters to have been used by hotel chain MGM to enter the burgeoning industry. However, before the ships were completed, they would be sold to Cunard, which was looking to expand its cruise operations. In the 1960s, the famed British line had been successful with Caribbean cruising using two converted liners, followed by two smaller purpose-built cruise ships it introduced in 1971 and 1972.

Cunard launched its newest ships as the Cunard Countess and Cunard Conquest and made the unusual decision to send them from their builders to a second shipyard in Italy for their outfitting. The first of the two ships, Cunard Countess, entered service in 1976 sailing year-round from San Juan to the Caribbean. Accommodating 800 passengers, she quickly gained notoriety as a newly built cruise ship sailing in the Caribbean. 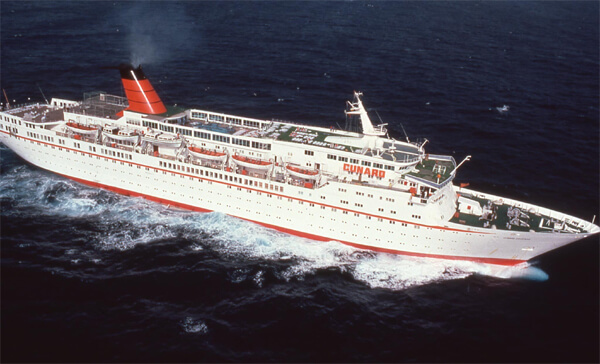 Renaming the second ship Cunard Princess, she entered service in March 1977 first operating cruises from New York to Bermuda, a market Cunard had dominated in the late 1960s. She would be the last of the first generation of purpose-built cruise ships to enter service and with construction costs skyrocketing, many were predicting she was likely to be the last cruise ship ever built. It would be three years till the next cruise ship construction orders would be placed for the first of the larger, second generation of modern cruise ships.

The Princess and the Countess became the backbone of Cunard’s cruise operations running alongside the much larger Queen Elizabeth 2 that maintained the traditional Atlantic crossings. Unlike the Countess, which operated year-round from San Juan, the Princess operated in the winters from Florida while also expanding her deployments over the years to include Alaska, the Mexican Rivera, returning to New York for Bermuda cruises, and European cruises in the Mediterranean and the Canary Islands. She was also briefly chartered to Italian shipping company Lauro for summer Mediterranean cruises and to the U.S. government to serve as a recreation center in the Persian Gulf in 1990 and 1991.

After nearly 20 years of service, Cunard decided to sell the sister ships, but both ships would go on to long but diverse careers. The Cunard Princess was sold to StarLauro, the successor to Italy’s Lauro Line, and the predecessor to MSC Cruises. Renamed Rhapsody she sailed mostly in the Mediterranean and Europe for MSC till 2009. During that time, she had been rebuilt expanding her passenger capacity to a maximum of 959, but she retained her sleek, now classic lines. 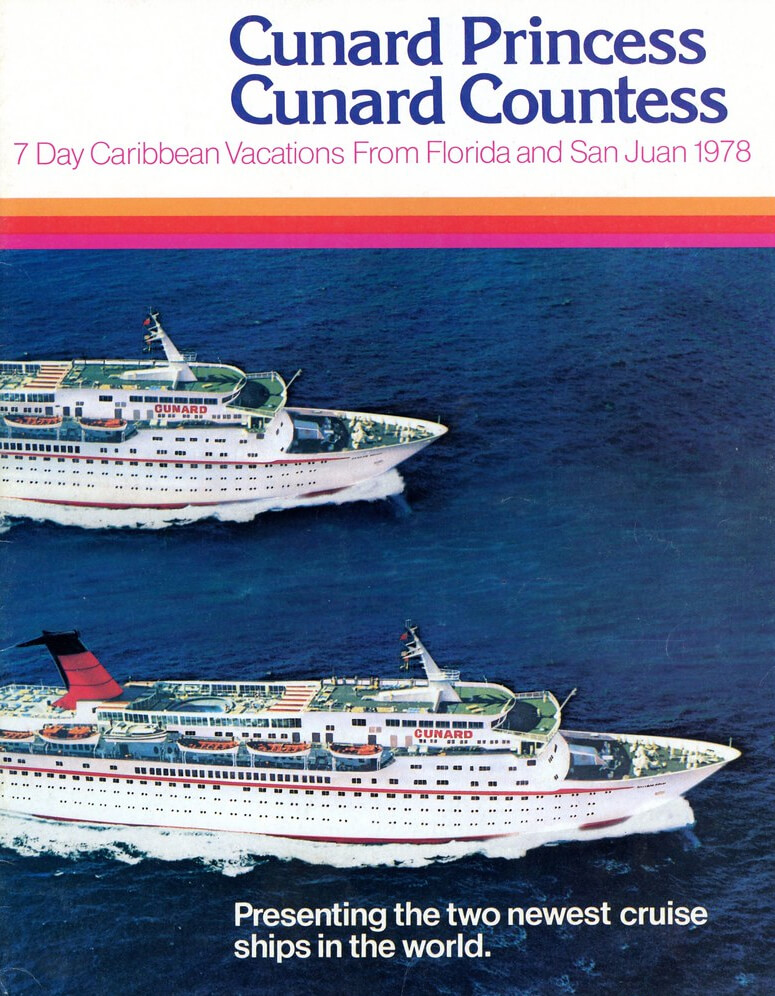 Her last nine years of service saw her sailing starting in 2009 for Israel’s Mano Maritime. She was used to modernize the company’s cruise operations sailing seasonally from Haifa on trips that included the ports of Cyprus, the Greek Islands, Montenegro, Italy, and Croatia. Known as the Golden Iris, she was finally retired at the end of 2018 and listed for sale.

After having spent the past four years laid up in Greece, it was announced that she had been sold to the breakers at Aliaga, Turkey. She arrived at the breakers at the beginning of the week having outlined her sister ship by nine years. The former Cunard Countess had been destroyed by fire while undergoing a refit in 2013.

The arrival of the former Cunard Princess at the breakers also brings to a close a large portion of the first generation of modern cruise ships. Recently the last of the former Royal Viking Line trio also introduced in the early 1970s arrived at the breakers in India while newer cruise ships are also being sold for recycling. The Marella Dream, built in 1986 as the Homeric, recently also arrived in Turkey for breaking while the Zenith introduced in 1992 by Celebrity Cruises also recently departed the anchorage in Greece and is believed on her way to the scrapyards in Asia.

The pandemic proved especially hard on the older generation of cruise ships that were mostly being operated by smaller companies. Outclassed by the larger, more modern ships and less economical to operate, more than two dozen cruise ships built between the early 1970s and mid-1990s have been retired and recycled, taking with them the history of the formation of the modern industry.