Luxury cruise line Cunard has partnered with The Statue of Liberty-Ellis Island Foundation on its crowdfunding campaign to help build the new Statue of Liberty Museum on Liberty Island. The Museum, scheduled to open in 2019, will celebrate the Statue of Liberty's story, explore how she has evolved from national monument to global icon and be the new home for her original torch.

The 26,000-square-foot museum was designed by architecture firm FXCollaborative with exhibitions created by experience design firm ESI Design. The structure is being built by Phelps Construction Group. Access to the museum will be free with purchase of a ferry ticket to visit Liberty Island and Ellis Island.

The copper statue, a gift from the people of France to the people of the U.S., was designed by French sculptor Frédéric Auguste Bartholdi and built by Gustave Eiffel. The statue was dedicated on October 28, 1886. The Statue of Liberty is a figure of a robed woman representing Libertas, a Roman liberty goddess. She holds a torch above her head with her right hand, and in her left hand carries a tabula ansata inscribed in Roman numerals with "JULY IV MDCCLXXVI" (July 4, 1776), the date of the U.S. Declaration of Independence. A broken chain lies at her feet. The statue became an icon of freedom and of the U.S. and was a welcoming sight to immigrants arriving from abroad.

Cunard played a key role in the immigration movement to the U.S. in the late 1800s - one in five immigrants who came through Ellis Island arrived on a Cunard liner. Today, passengers can travel the same route that hundreds of thousands of immigrants did on Queen Mary 2's seven-night Transatlantic Crossing, sailing by the Statue of Liberty before arriving in New York harbor.

Donations during the month-long campaign, launching July 4, will go toward the fundraising initiative being led by the Foundation and campaign chairperson Diane von Furstenberg. Donors can give at www.forladyliberty.org. Cunnard is offering rewards for certain donations such as free cruises on the Queen Mary 2.

Those giving the symbolic donation of $18.86 or more will also have their name permanently recorded in the Founders Registry, a digital donor list on display in the museum and on the museum's websites, and be collectively recognized in the Founders Star on the Liberty Star Mural in the Museum. The Mural features 50 sculpted stars, designed by French-American artist Anh Duong, which are offset by original hand-forged iron armature bars that supported the interior of the Statue of Liberty for her first 100 years.

The Statue of Liberty-Ellis Island Foundation is a non-profit organization established in 1982. The Foundation has collaborated with the National Park Service/U.S. Department of the Interior in what has become the most successful public-private partnership in U.S. history, having raised nearly $1 billion and funded over 200 projects. 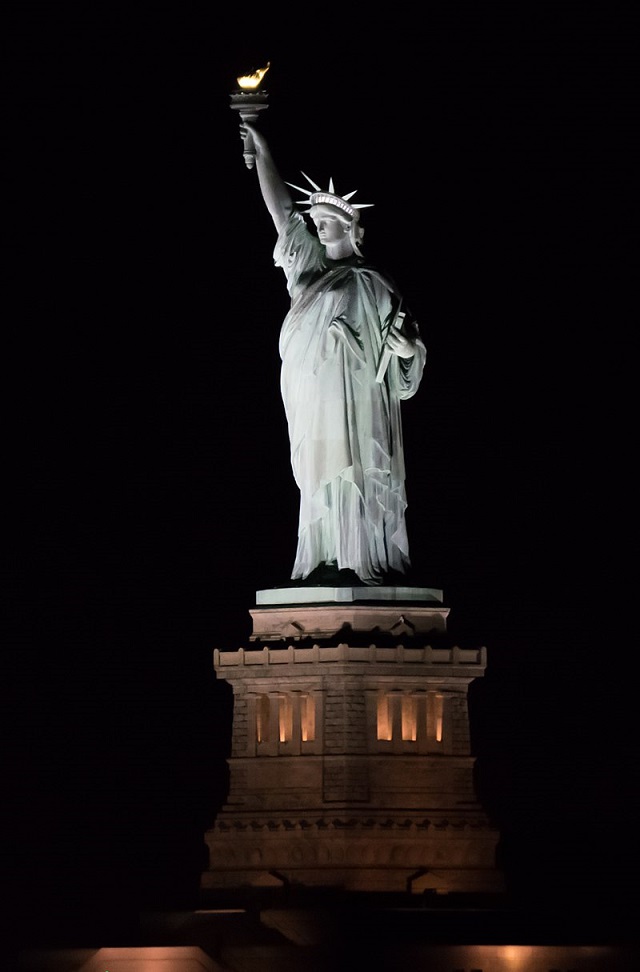