Ten crewmembers of a Taiwanese longliner have disappeared without a trace in the mid-Pacific, leaving their vessel apparently unoccupied and adrift.

Last Friday, the owner of the Taiwanese tuna longliner Yong Yu Sing No. 18 contacted Taiwan's National Rescue Command Center and reported that he had lost contact with the vessel's master. His last interaction with the missing vessel had been on December 30, two days earlier, and it had been operating at a position about 530 nm to the northeast of Midway Atoll.

No distress call was ever picked up. The vessel's AIS transmission was last detected by satellite at 1500 hours local time on December 29, according to tracking provided by Pole Star - about the same time that a weather system with extreme wave height was approaching the area. 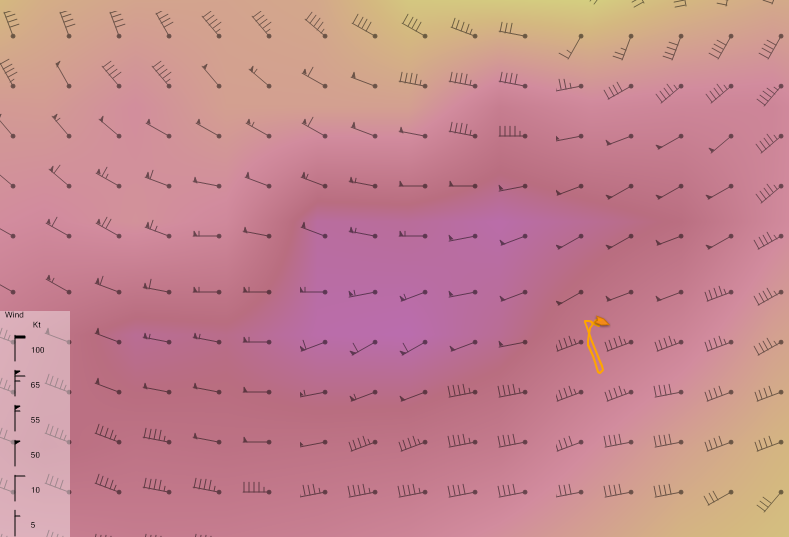 The final 24 hours of AIS movement data received from the Yong Yu Sing No. 18. Color overlay represents forecast wave height at the time of her last signal, with red indicating 11 meters (36 feet). Wind barbs suggest forecast wind speeds of 40 knots at the position of the vessel. (Illustration courtesy Pole Star)

The Suao Fishermen's Association, which represents the vessel's owner, told Taiwanese media that American authorities helped launch a search and rescue effort to find the Yong Yu Sing No. 18. On Saturday, a U.S. long-range search and rescue aircraft located the missing vessel at a position about 600 nm to the northeast of Midway.

According to Tsai Yuan-lung, the head of the association, the aircrew observed that the wheelhouse windows had been broken and the vessel seemed to be adrift. There was no sign of the vessel's master (a Taiwanese national) or the nine-member crew (all Indonesian nationals).

Surface conditions in the area are still unfavorable and have interfered with the efforts of other nearby fishing vessels to reach the Yong Yu Sing to investigate, according to Taipei Times.