On Sunday, the U.S. Coast Guard rescued three fishermen after their crab fishing boat lost propulsion and collided with a jetty at Humboldt Bay, California.

At about 1820 hours, Coast Guard Sector Humboldt Bay received a distress call from the crab boat Sunup. The crew reported that their vessel had propulsion issues and was on the rocks on the south jetty, inside the channel.

A Coast Guard Station Humboldt Bay motor lifeboat and a Dolphin helicopter crew responded to the scene. The lifeboat crew arrived within ten minutes, and they found that the Sunup was already mostly underwater. The crew retrieved two of the fishermen directly from the boat and pulled the third fisherman out of the water. 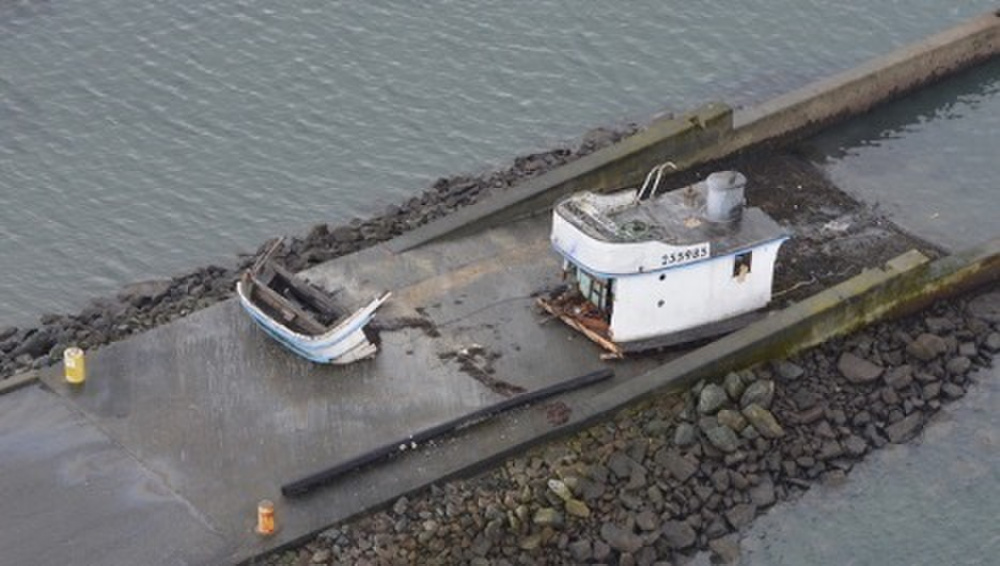 "The situation became grave when the third fisherman fell into the water with the other two clinging to the sinking vessel,” said PO1 Ruben Colon, the rescue boat coxswain. "Without a doubt, staying with their vessel until the last minute enabled us to quickly find and rescue them."

The three survivors were brought to Station Humboldt Bay. No medical concerns were reported, though the vessel was a total loss.