The 308-foot Chinese-flagged commercial fishing carrier Ou Ya Leng No. 6 has grounded on Taka Atoll in the Marshall Islands.

A U.S. Coast Guard HC-130 Hercules crew arrived on Wednesday and made contact with the crew of 24 who remain on board the vessel and are awaiting rescue. Initial reports from MRCC China stated the crew had abandoned ship and were on the atoll, but upon arrival, the Hercules crew confirmed they are on board the vessel and using emergency generator power.

Two fishing vessels are en route and expected to arrive on Thursday. The Republic of the Marshall Islands has also dispatched their patrol vessel Lomor to respond.

There are no reports of injury or pollution; the cause of the incident is not yet known. Weather in the area is reportedly 11-foot seas with 25 mph winds, forecast to degrade to 14-foot seas with increasing winds.

The Ou Ya Leng No. 6 is reportedly targeting squid in the Western and Central Pacific Fishing Commission area. Taka Atoll, also known as Toke Atoll, is a small, uninhabited coral atoll in the Ratak Chain of the Marshall Islands and is roughly triangular made up of six small islands with an area of less than a square mile and lagoon in the center. Around 400 people inhabit nearby Utirik Atoll. The Republic of the Marshall Islands is located near the equator and slightly west of the International Date Line. Its total population of about 53,000 people live across the nation's 29 coral atolls with Majuro as the capital. 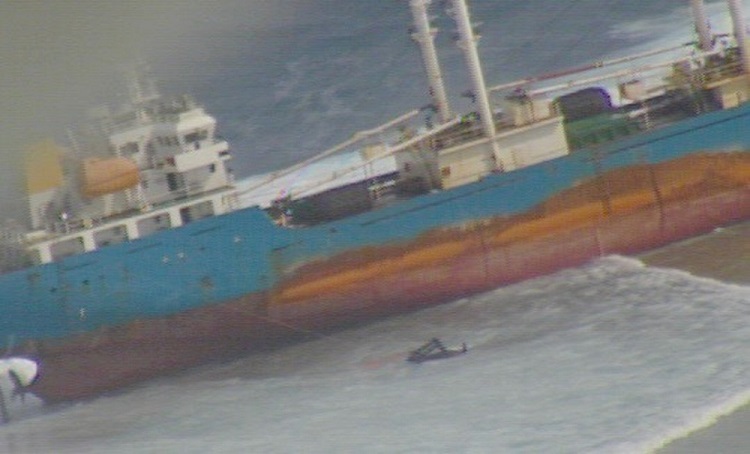