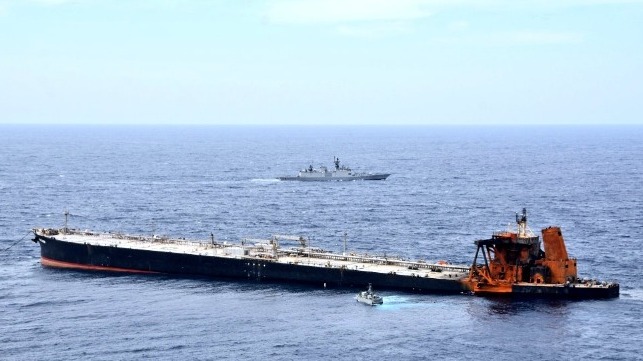 China already has a well-developed satellite surveillance system for oceanic areas, including the South China Sea, and it intends to augment it with additional investments in satellite coverage over the next several years. Its new Hainan satellite constellation will soon have ten satellites  with optical and radar sensor packages focused on the contested region.

In addition, many of China's fortified, occupied islands in the South China Sea have been fitted with high-power radar arrays. A recent analysis by the Asia Maritime Transparency Initiative shows that these installations provide air defense radar coverage for a substantial part of China's South China Sea claims.

The Ministry of Natural Resources' new airborne drone network will supplement these tools. According to the South China Morning Post, the ministry's drones will be deployable and mobile, with the ground station equipment installed in vans for easy transportation; the intelligence imagery picked up by the drones may be forwarded to the ministry's offices by a satcom link for further analysis. The system has already been tested in an operational capacity.

The recently-formed Ministry of Natural Resources holds many of the responsibilities previously overseen by China's State Oceanic Administration, which was substantially dissolved in a bureaucratic shakeup last year. According to an overview by the Center for American Progress, it is responsible for the development of nonliving marine resources, surveying, deep sea oceanographic research, geological exploration of the seabed, and polar research and exploration. It owns about one dozen research vessels and works in close cooperation with the People's Liberation Army Navy (PLAN), according to the U.S. Naval War College.

This year, the IMO has selected sustainability as its focus for World Maritime Day, centering its message on "sustainable shipping for a sustainable planet." The day's online conference event will showcase industry leaders as they reflect on their work towards a sustainable shipping sector.  IMO will highlight its own efforts on environmental impact reduction, like the 2020 low-sulfur fuel rule and the Ballast Water Management Convention. It will also use the occasion to promote its nonbinding advocacy work, like IMO...

Two weeks after the joint teams from India and Sri Lanka were successful in dowsing the fire aboard the VLCC New Diamond, the salvage crews are still working on a plan for the ship. They are looking for a port and a means to off load the cargo of 270,000 tonnes of crude oil aboard. Speaking to the media in India, Shrikant Madhav Vaidhya, who is chairman of the Indian Oil Company, said that the salvage team is still searching...