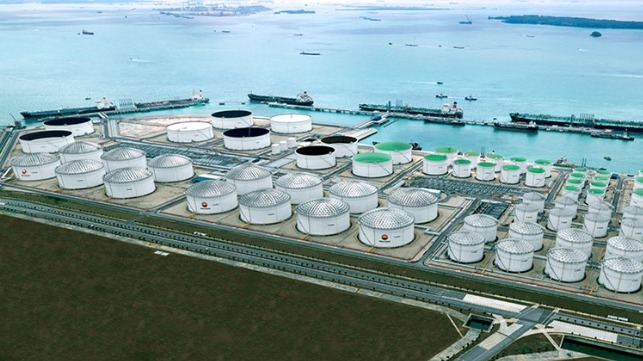 China's navy is making a significant investment in amphibious assault vessels to support expeditionary operations, like landings on disputed islands in the South China Sea. The first two ships, classified as LHDs (landing helicopter docks), are still being outfitted. But information is already emerging suggesting that the follow-on design, the Type 076, will have much more firepower.

A set of procurement request notices released by China State Shipbuilding Corporation (CSSC) 708 Institute have led to speculations about this new type of amphibious assault ship, which is purported to feature electromagnetic catapults, fixed wing aircraft and an integrated electric propulsion system.

The People’s Liberation Army Navy (PLAN) is currently building two Type 075 LHDs, the first of which is expected to enter service soon. These vessels feature a spacious flight deck and are roughly equivalent to the U.S. Navy’s Wasp-class amphibious assault carrier. They can carry helicopters - including rotor-wing drones - and hovercraft. Unlike the rumored Type 076, they cannot host jet aircraft or UAVs (unmanned aerial vehicles).

Having EMALS (Electromagnetic Aircraft Launch System) on an amphib could be a significant game changer for China. It would allow it to carry jet aircraft, including fighters or large UAVs, without the need to develop vertical takeoff aircraft like the F-35B or the Harrier. A similar launch system is fitted to the U.S. Navy’s Ford-class aircraft carriers.

Analysts believe that the Type 076 could be deployed in island seizing operations in the South China Sea and the island of Taiwan. It could also be used to safeguard China's overseas interests as it expands its investments, projects and strategic assets in countries around the world.

China has launched two Type 075s in Shanghai since 2019. They are expected to carry only helicopters and amphibious landing craft and vehicles, but no fixed wing aircraft. The development is seen as a significant step forward by the PLAN in a short period of time.