The Canadian Coast Guard has released images of four lost containers from the boxship Zim Kingston that have drifted ashore in Cape Scott Provincial Park, a wilderness preserve on the northwestern tip of Vancouver Island.

Response officials confirmed Wednesday that three boxes and "additional debris" had floated onto shore, and on Wednesday night they raised the total to four. A Canadian Coast Guard helicopter deployed to the scene and obtained photos of the boxes, allowing officials to match container numbers with the ship's inventory to determine the contents.

The containers that Zim Kingston lost in a storm last Friday included boxes of auto parts, furniture, toys, Christmas decorations, paddleboards and yoga mats, among other items. Two were filled with dangerous goods, according to the Canadian Coast Guard. Luckily, the markings on the four containers at Cape Scott indicate that they are not the dangerous-goods boxes, the CCG confirmed Thursday. One of the four grounded boxes - a containerload of refrigerators - has broken open. 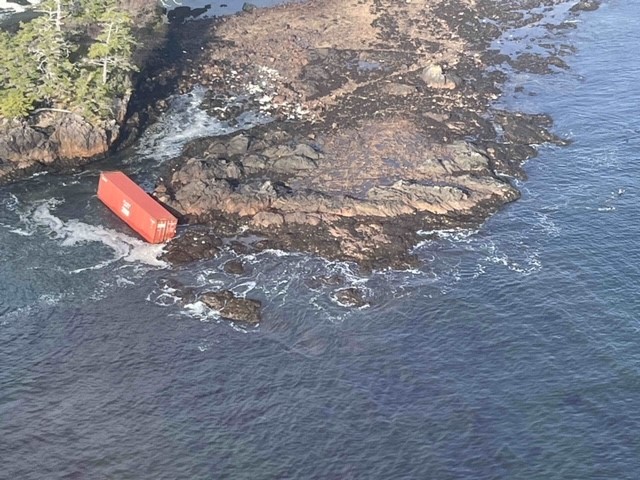 The Zim Kingston encountered heavy swells off the entrance to the Strait of Juan de Fuca last Friday, and she lost a substantial number of containers over the side in heavy rolling. One damaged container stack caught fire and burned after the cargo loss incident, delaying an accurate estimate of how many boxes had gone missing. The initial count stood at 40 containers, but the incident response command has updated that number to 109.

#CCGLive: The owner of the #ZimKingston has hired a contractor to remove debris from the beach as well as recover the containers. As of this update, no other containers have been found on shore. pic.twitter.com/BaSO6fQsr6

Salvor Resolve Marine has been engaged to manage the response to the fire, and its team continues its work to extinguish the last hot spots. However, the effort to retrieve the lost containers has so far been frustrated by heavy swells and inclement weather; the CCG incident command said Thursday that it is mobilizing assets and preparing to assist. 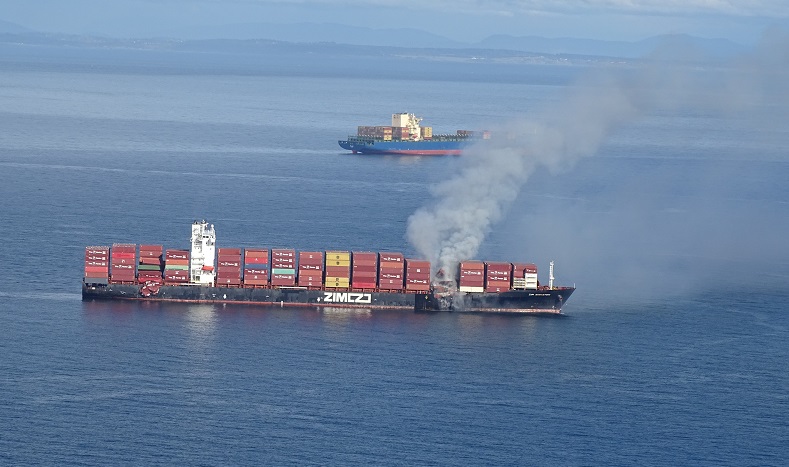 "The location is remote and rugged, and planning for recovery operations is underway," CCG said in a statement Thursday. "Mariners, aircraft and members of the public in the area are asked to report any sightings of containers to 1-800-889-8852 immediately and reminded to avoid opening or moving containers."

The two dangerous-goods containers reportedly contain potassium amylxanthate, a chemical used in the mining industry for processing sulfide ores. It reacts with water to produce a toxic sulfur compound, CS2, and it poses a threat to the marine environment.

"Ultimately the impact of the chemical will depend on where the containers end up (deep ocean bottom, continental shelf bottom, coastline) and how much ends up in the water and at what concentration," said Prof. Jay Cullen, Director of the School of Earth and Ocean Sciences at University of Victoria. "This will ultimately determine the impact this accident has on ocean health."