In the early hours of Monday morning, the dive boat Conception caught fire with 39 passengers and crew on board at an anchorage just off Santa Cruz Island, California.

U.S. Coast Guard Sector Los Angeles-Long Beach received a mayday call reporting the fire at 0315 hours Monday. Crews from the Coast Guard, the Santa Barbara Fire Department, the Ventura County Fire Department and commercial response company Vessel Assist responded to the scene. The fire department crews were still fighting the fire when the vessel sank at a position about 20 yards offshore. It came to rest in about 65 feet of water, with a portion of the bow visible at the surface, according to the USCG. 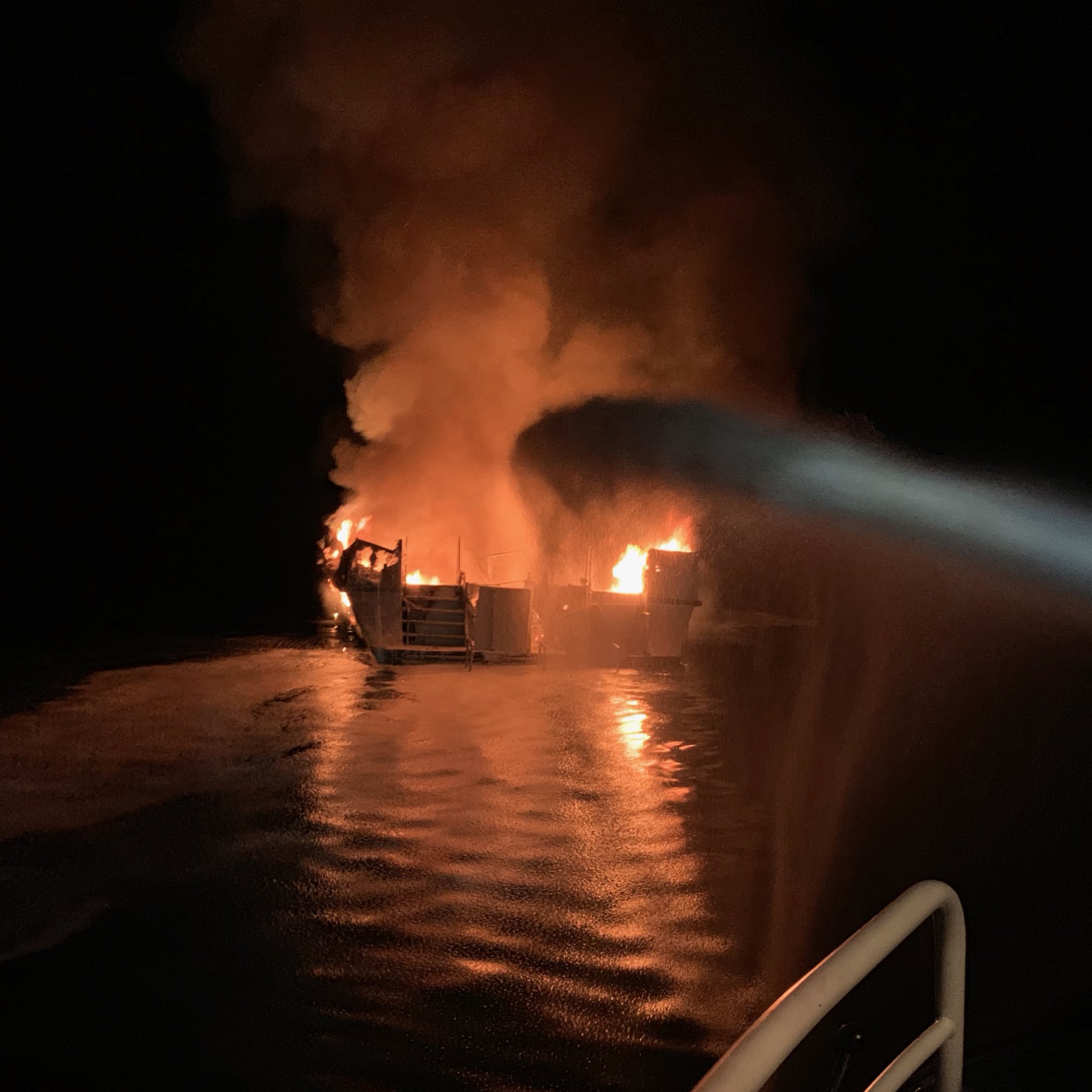 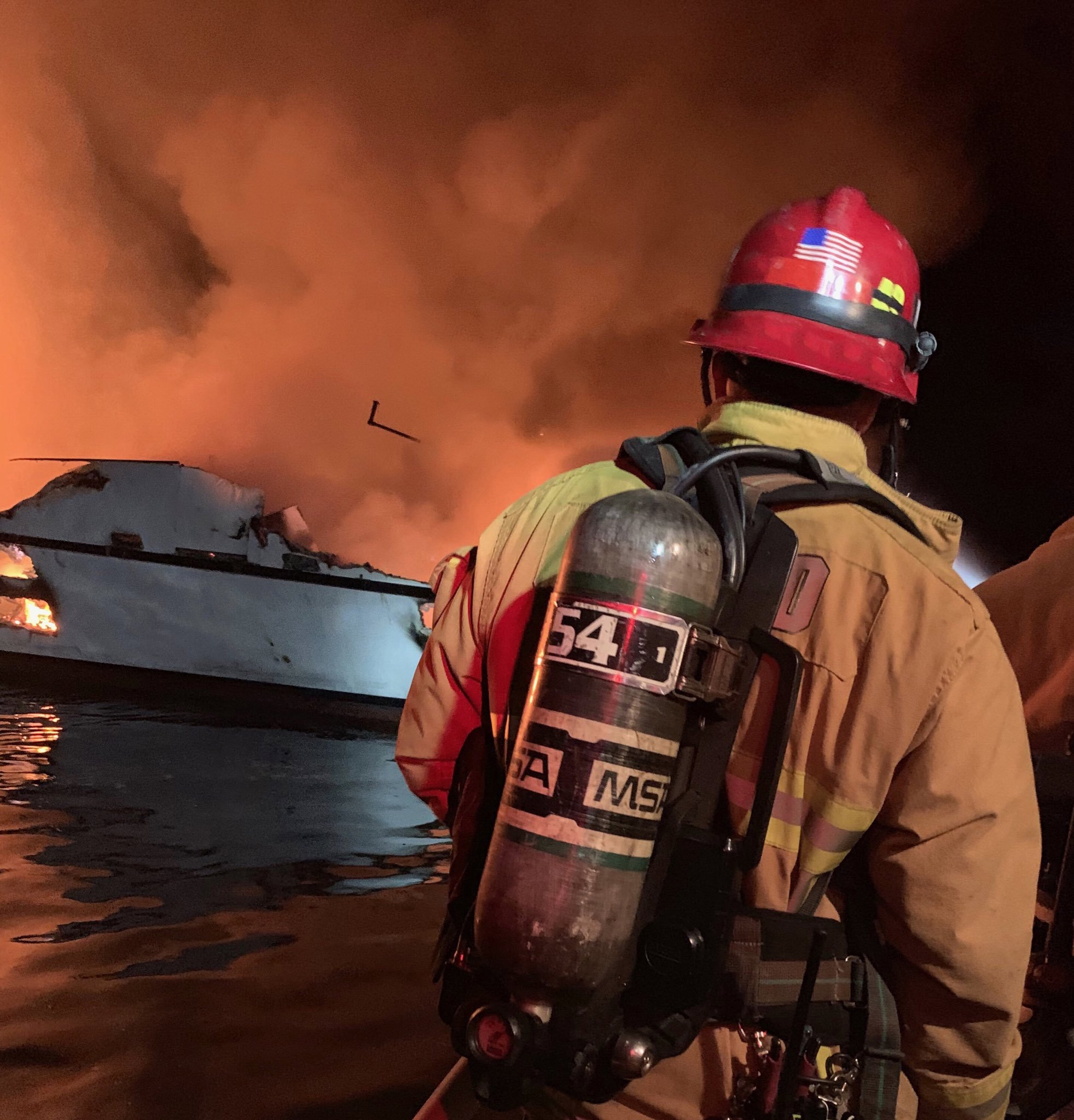 Five members of the crew were awake and abovedecks at the time of the fire, and they were rescued by good samaritans in a nearby boat, Coast Guard Capt. Monica Rochester told media at a briefing Monday. 34 passengers were asleep belowdecks and remain unaccounted for. [Update: The Coast Guard has confirmed eight deaths, with 26 still missing.]

Two USCG helicopter crews have worked with local law enforcement to conduct a search of the area. Early efforts were hampered by fog, a common occurrence off Santa Cruz.

In a news conference at 1000 hours Monday, officials confirmed that there were fatalities, and a spokesman for the Santa Barbara County coroner's office told the LA Times that the coroner is preparing for a "mass casualty incident." The cause of the fire is under investigation.

Vessel traffic on the Rhine was briefly delayed at Cologne on Tuesday after construction workers found a WWII-era bomb nearby.  The 1,100 pound American-made bomb was found Monday near the bank of the Rhine in the Deutz business district, near Cologne's Hohenzollern Bridge. The city's response included the closure of the bridge and the Deutz rail station, which is a key transfer hub for Germany's rail network; this led to disruption and the delay or cancellation of about 120 trains. ...

The credo of today’s salvor is fairly straightforward: To be successful, you must retain experience and an emergency response posture while also expanding your other services to provide a stable source of income. And even then you need a little luck on your side! So says Devon Grennan, President of Seattle-based Global Diving & Salvage. There’s tremendous pressure on the salvage industry these days as overall opportunities are at historic lows, which in turn leads to intense competition when cases...

A consortium led by Kongsberg and SINTEF has won a $22 million EU grant for a long-term test of autonomous vessel technology. Over the course of the project, two vessels will be fitted with autonomous navigation systems and trialled for use in short sea coastal and inland shipping applications.  The aim of the project is to test and refine shipboard systems for autonomous navigation, self-diagnostics, prognostics, operation scheduling and telecommunications. It will also provide a demonstration of the capabilities of...