The U.S. Bureau of Safety and Environmental Enforcement (BSEE) has released its final report on the 2016 leak at Shell's Glider field in the Gulf of Mexico, which resulted in the release of an estimated 80,000 gallons of oil.

The leak resulted from a fracture in a load limiting joint on the field's well #4 jumper. The load limiting joint is a pipe fitting that is designed to fail in a known manner when placed under excessive stress, thereby preventing damage to complex, hard-to-repair parts of the subsea production system.

BSEE found that this fracture resulted from forces resulting from the burial of the jumper, which added stresses that were not accounted for in its original design. Nearby drilling for new wells in 2013-14 had deposited sediment and cement on top of the Glider #4 jumper (diagram below). 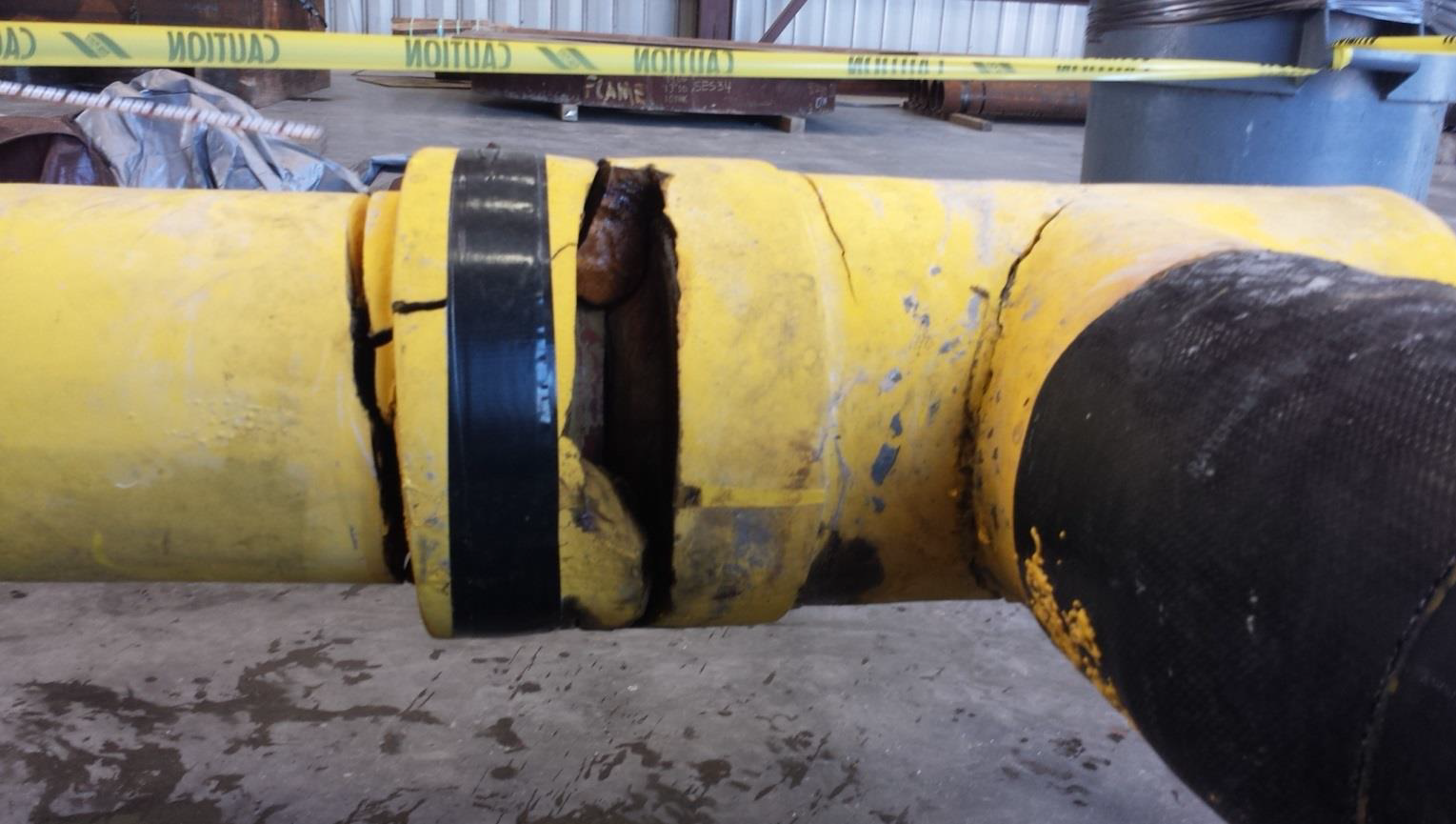 Shell engineers were aware of the burial of the jumper, BSEE said, but did not include the load limiting joint in their risk assessment. The joint was not recorded in the drawings they used for reference when they evaluated the system.

The Glider subsea production system is tied back to Shell's Brutus tension leg platform. At 2311 hours on May 11, 2016, the Glider subsea system experienced a pressure drop. Control room operators on the Brutus were not surprised. They had observed temporary dips in pressure from "slugging" - the passage of large gas bubbles - with the Glider wells for some time, and initially they thought that this was happening again. They worked on this assumption for the next six hours, but unlike previous slugging events, the subsea system's pressure did not come back up.

At about 0500 hours on May 12, the operators began to suspect that there was a problem with topside equipment. An inspection of the platform found no problems, though, and at 0623, seven hours after the leak began, the operators began to examine the integrity of the subsea system. At 0641, they shut in Glider wells #3 and #4, and at 0730, management dispatched a helicopter to look for signs of a surface sheen. The helicopter crew found oil on the water at about 0800.

At 0835, Shell made the decision to contact the Coast Guard and the BSEE. The company dispatched five skimming vessels, which recovered about 34,000 gallons of oil/water mixture over the course of the next four days.

In the investigation that followed, the control room operators told BSEE that they had assumed that the subsea well system was unlikely to fail, especially since it never experienced pressures outside of its operating range. They added that they had not been trained to watch for signs of a subsea leak. At the time of the incident, Shell did not include any subsea leak detection and recognition as part of their training, BSEE said.

In its recommendations, BSEE suggested that operator training should be improved, and that regulators should be notified of environmental changes that affect subsea production systems (for example, when jumpers are buried by drilling activity). In addition, it called for technical research into improved methods of subsea leak detection.