“This is the first time a lease has been issued to support the testing of wave energy equipment in federal waters off the U.S. West Coast,” said BOEM Director Amanda Lefton. “Ocean waves contain a tremendous amount of energy, and this opportunity offers exciting potential to demonstrate the viability of wave energy technology and expand the nation’s renewable energy portfolio.”

The research lease was offered to Oregon State University (OSU) for the PacWave South project, a proposed open ocean wave energy test center about six nautical miles off Newport, Oregon. The $80 million project will be grid-connected and pre-permitted, making it unique among U.S. test sites, and it will allow wave energy developers to test their techologies without going through regulatory hurdles. It will be connected back to shore with five subsea power and data cables and will have enough capacity for up to 20 devices at a time. 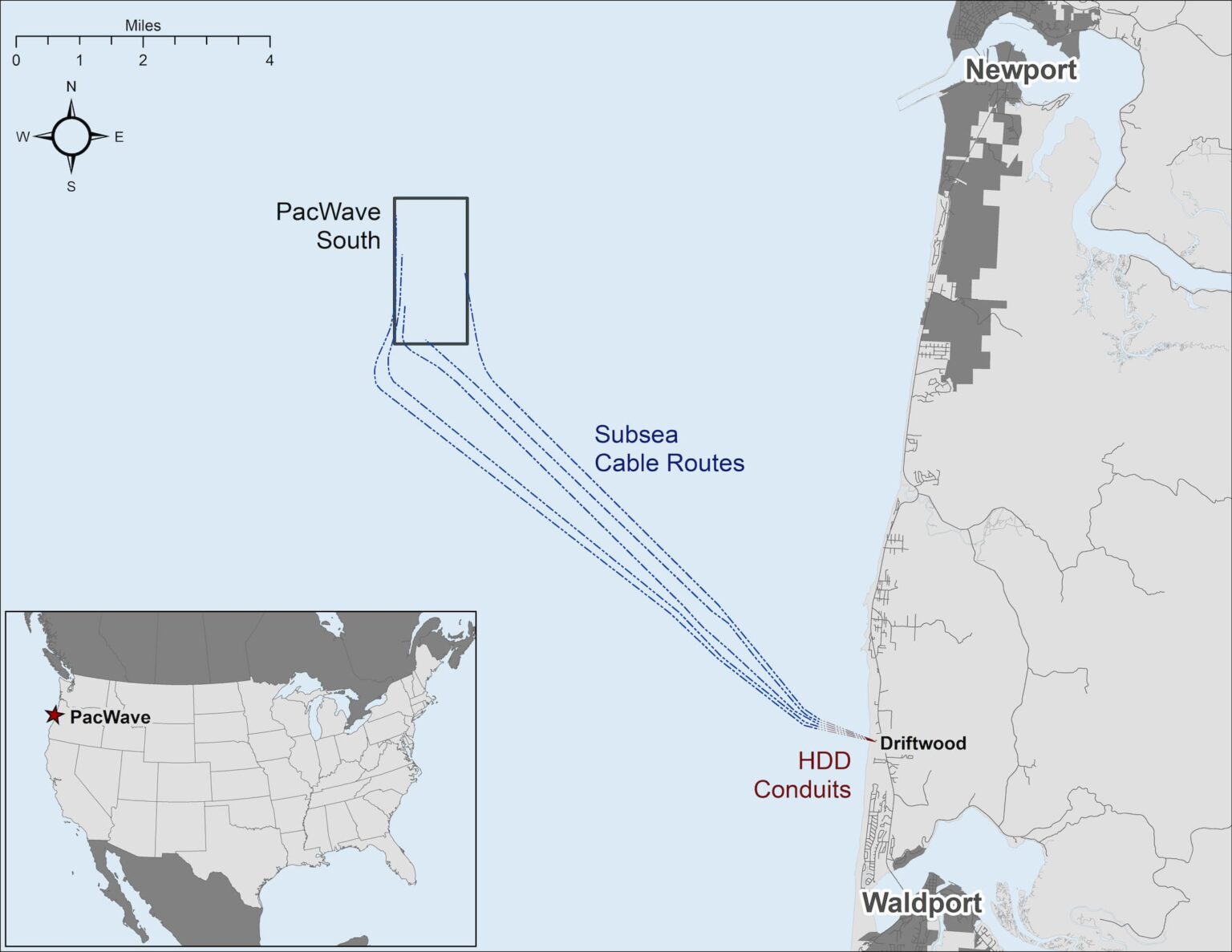 According to OSU, wave energy has the potential to provide clean, reliable electricity at scale. Globally, the marine energy market is projected to reach nearly $700 billion by 2050, and the World Energy Council estimates that 10 percent of the worldwide electricity demand could be met by harvesting ocean energy.

“The PacWave team initiated this collaborative process with several federal and state agencies nearly a decade ago,” said Burke Hales, the chief scientist for the project and a professor in Oregon State's College of Earth, Ocean, and Atmospheric Sciences. “We’re excited for the opportunity to finalize this stage of the project and move a major step closer to construction.”

The lease is a prerequisite for a site permit from the Federal Energy Regulatory Commission (FERC), which is still pending.