Canada has banned Russian ships from its ports, but there may be a workaround for shipments still in progress. At least one vessel is expected to transfer the cargo to a ship of a different flag in order to complete the delivery.

Canada's government announced a full prohibition on Russian shipping on March 1, citing the ongoing invasion of Ukraine. The Russian-flagged bulker Fesco Uliss was among the first vessels affected. She departed Riga, Latvia with a load of carbon pitch on February 15, before the invasion began. She was due to deliver the cargo to an aluminum smelter at the Canadian port of Trois-Rivières on March 6, but she did not make it that far.

On the day the Canadian government announced its ban on Russian vessels, AIS tracking shows that Fesco Uliss slowed to a drift in the mid-Atlantic. After a day, she picked up pace again and made for the Gulf of St. Lawrence, her original destination. On March 5, she aborted the attempt and headed southwards. 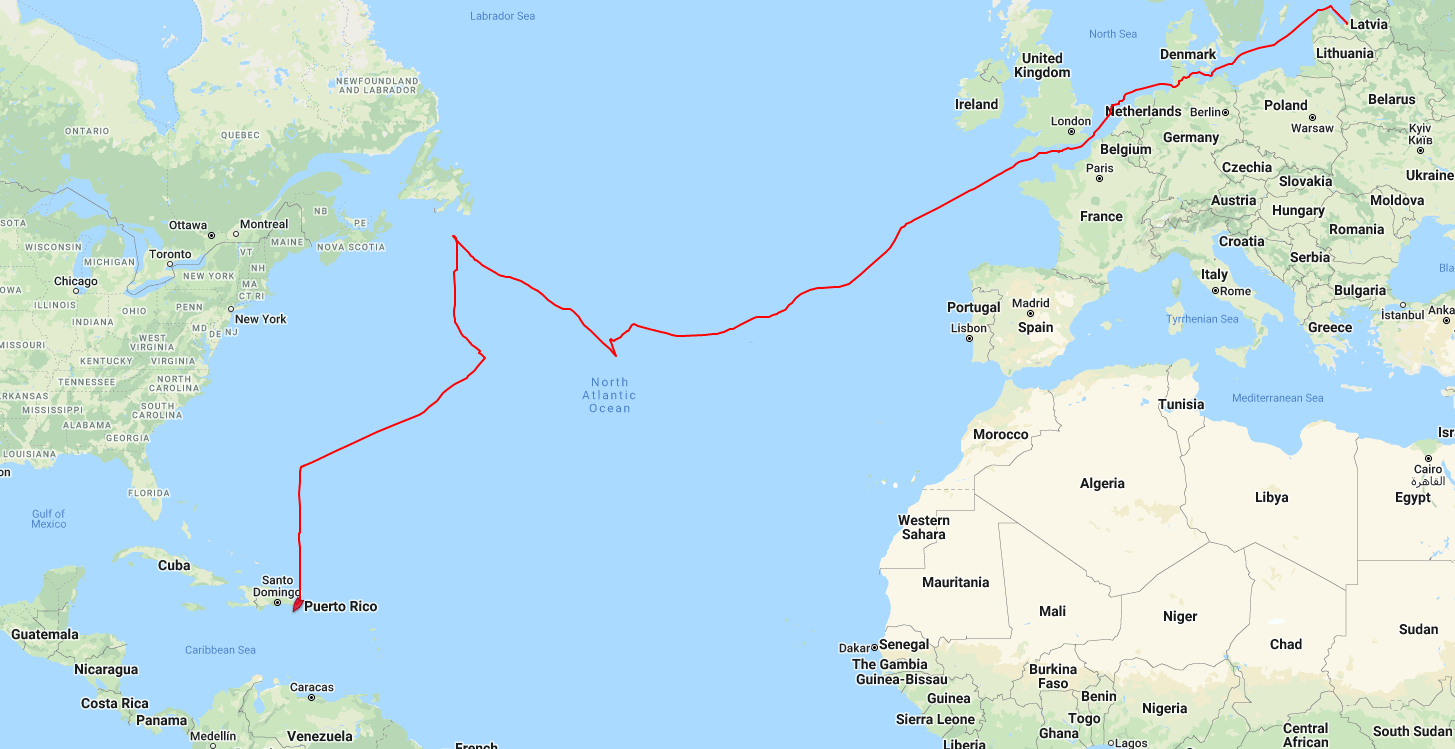 According to the Journal de Montreal, her new destination is the port of Freeport. The revised plan is to transload her cargo onto a non-Russian vessel, which will then deliver it back to Trois-Rivières after a delay of about one and a half months.

This plan may have changed again. On Sunday, Fesco Uliss altered course away from the Bahamas, according to AIS data provided by Pole Star. As of Sunday night she was transiting southwest through the Mona Passage, headed away from Freeport and towards Panama (above).