Back to Business at the Suez Canal

Operations on the Suez Canal have returned to normal, according to the waterway's managers, and the 400-plus vessels that were forced to wait during the recent grounding have all completed their transits.

The carrier USS Dwight D. Eisenhower and her five escorts were the first U.S. military vessels to transit the canal when they passed through on April 2. “We appreciate the Government of Egypt and Suez Canal Authority’s efforts to ensure the safety of navigation in this critical waterway for all ships, and in allowing the IKE CSG to transit so quickly,” said Vice Adm. Samuel Paparo, commander of U.S. Fifth Fleet. 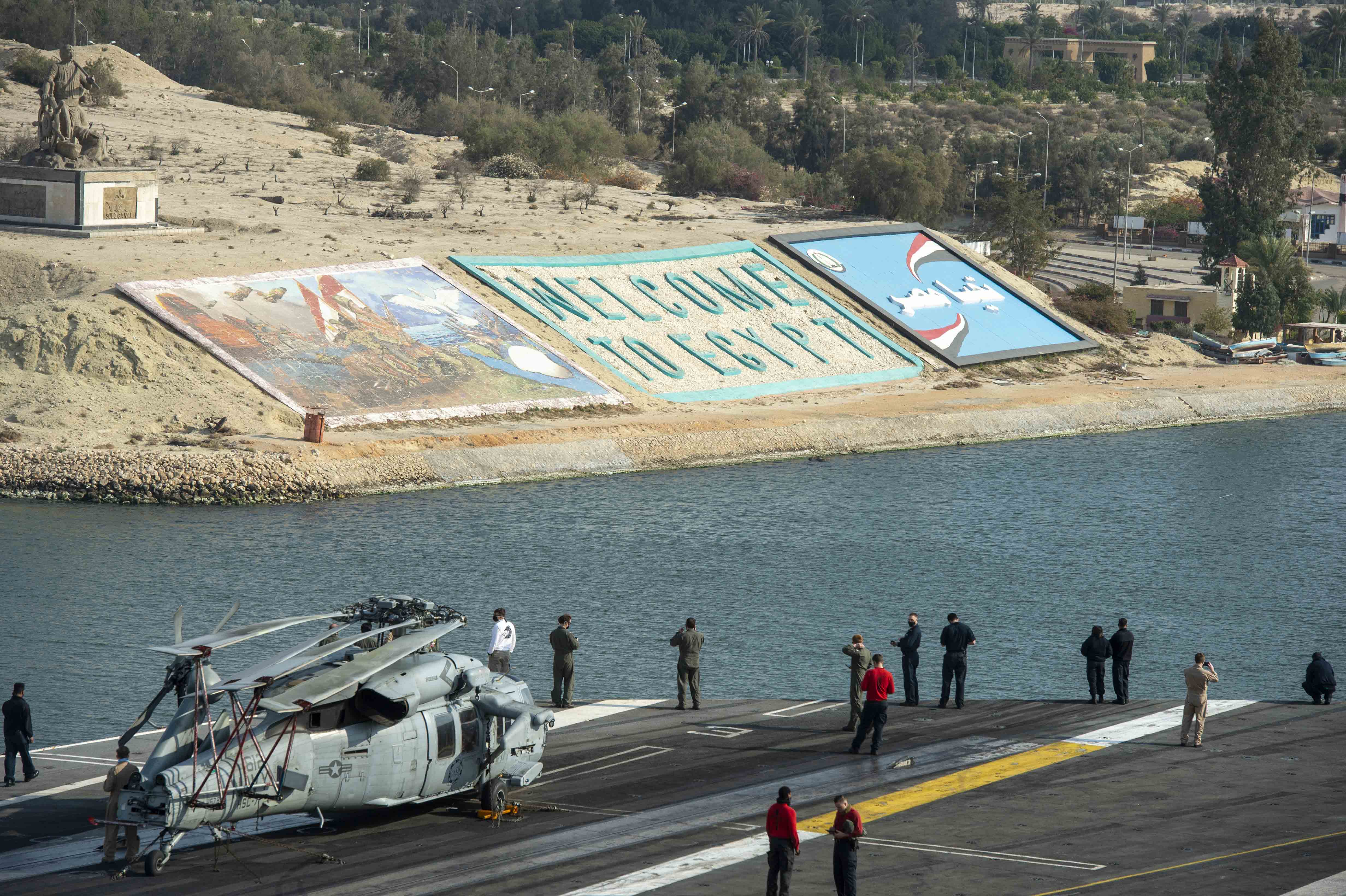 While almost all of the vessels delayed by the grounding have moved on through the canal, the Ever Given may not be among them - at least, not until Egyptian investigators have completed their work. Local outlet Al-Shorouk reports that the ship and her crew will be restricted to an anchorage at Great Bitter Lake until after the initial inquiry is finished.

Egyptian investigators obtained data from the Ever Given's VDR last week, Al-Shorouk reported, citing unnamed sources in the Suez Canal Authority. The records are said to include bridge audio.

According to Italian newswire Agenzia Nova, two canal authority officials assert that the Ever Given may have "veered" while navigating up the canal, contributing to the grounding. The report could not be immediately confirmed.

Officials at the SCA have insisted that the canal bears no responsibility for the grounding and - on the contrary - deserves considerable credit for the successful refloat effort. On the second point, foreign nations and international organizations agree: the IMO and Evergreen Line have presented the SCA with formal letters of thanks (below) for the authority's work to restore the flow of global commerce. 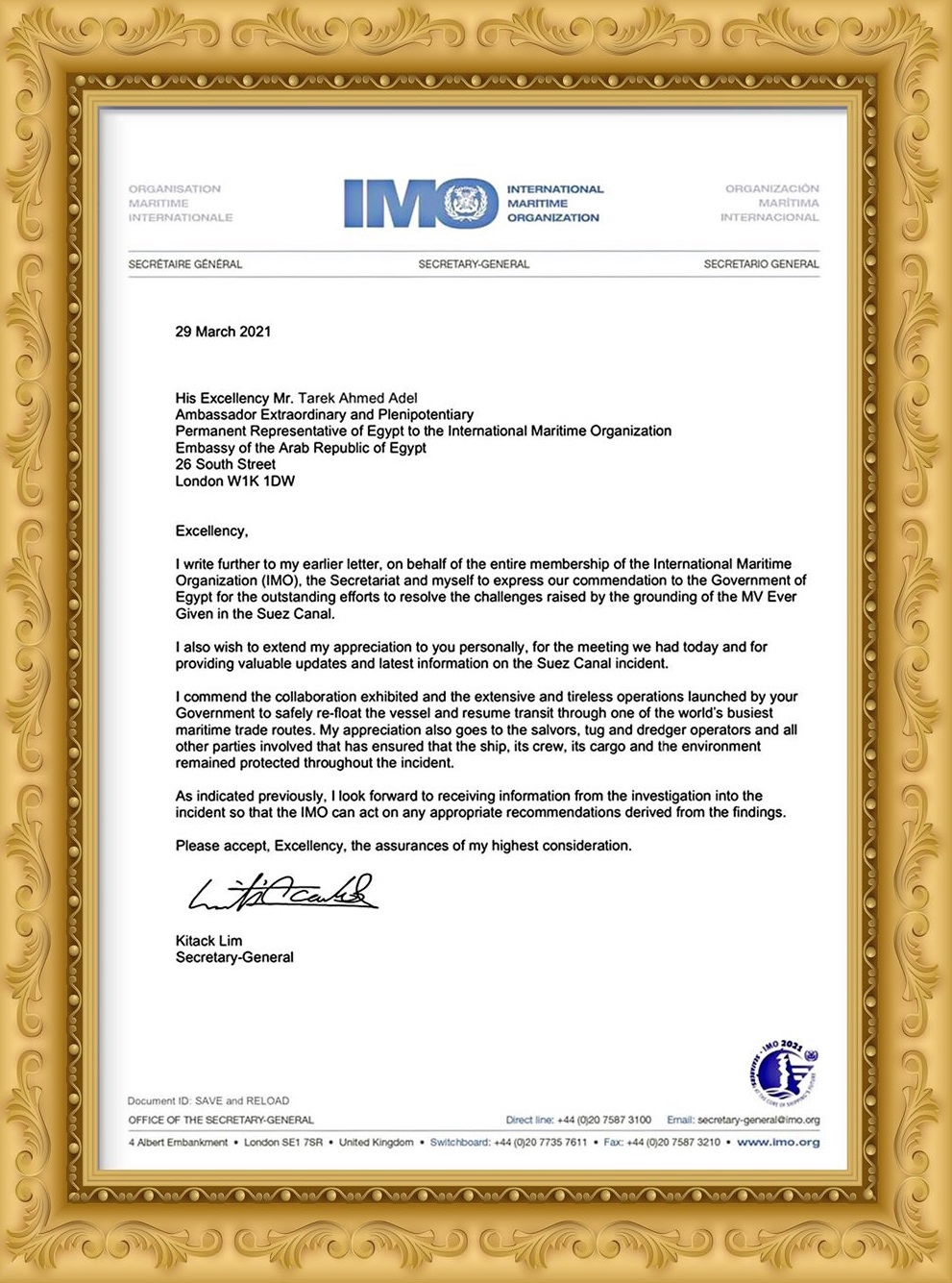