India’s Cochin Shipyard completed the construction of two autonomous barges that represent the next step in the development of autonomous and zero emission shipping. Designed for the Norwegian grocery company ASKO, the two barges were delivered on June 24 and are due to leave India as early as today aboard a heavy lift vessel. Once they are commissioned, the two barges will begin ferrying freight across the Oslo fjord and in the future will be marketed as part of a new shipping alternative for companies in Norway.

The two vessels that ASKO calls its sea drones will be managed by Masterly, a joint venture between Kongsberg and Wilhelmsen using technology developed by Kongsberg. They were designed by Naval Dynamics in a project that started in 2019. The construction contract was awarded in 2020 with the first steel cut in November 2020 and the keel laying for the barges in August 2021.

Measuring approximately 220 feet in length, the barges are fully electric powered by a 1,846 kWh battery. Each vessel weighs approximately 600 tons. They can carry 16 fully loaded EU standard trailers on each trip. They will be traveling between Horten and Moss on the fjord. 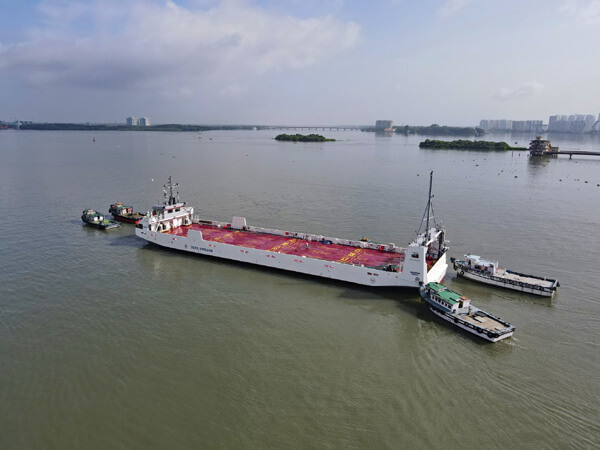 ASKO, one of Norway’s largest grocery distributors, currently transports its goods on more than 800 trucks each day. With their warehouses on the west side of the Oslo fjord and the distribution center on the east side, road transport is the current means of linking their operations. The new ro-ro vessels will replace the current vehicles with a zero emission transport alternative. The vessels are part of the company’s goal to achieve zero carbon emission from its logistic services by 2026.

Once the service is established, ASKO wants to offer other transporters and goods owners the transport solution and reports that it plans to gradually build up capacity both on the Moss - Horten connection and on other coastal routes to relieve the road network and contribute to reduced climate emissions. For this purpose, ASKO established a separate shipping company, ASKO Maritime AS.

Due to the unique nature of the new barges, the Norwegian Maritime Authorities (NMA) also reviewed the project to ensure that a sufficient level of safety was being achieved. NMA will be conducting an ongoing detailed risk assessment, while DNV also supported the process.

ASKO previously reported that the vessels after delivery would start in conventional operation with a reduced crew. Kongsberg Maritime will upgrade the vessels with technology for autonomous operation and the goal is for the vessels to sail unmanned by 2024. YARA launched a similar certification project this year with the companies working to reduce and then eliminate onboard crews after receiving Norwegian certification for autonomous operations. The vessels will be operated remotely from Masterly’s operations center.

The two barges were loaded aboard the Netherlands-flagged heavy-lift transport vessel Yacht Servant in Kochi, India for transport to Norway. 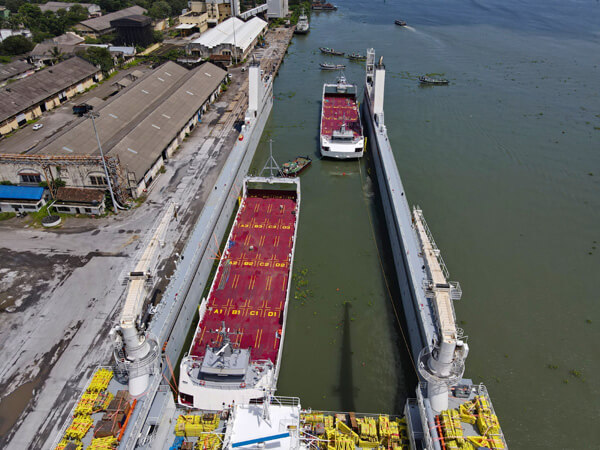