Australia's Federal Department of Agriculture has suspended the license of livestock exporter EMS Rural Exports, thus preventing the shipping of 45,000 of the 60,000 sheep stranded in Western Australia to the Middle East.

EMS Rural Exports is a sister company of Emanuel Exports, the exporter at the center of the nation's most recent live export cruelty case. The Department has already suspended Emanuel Exports' license.

Whistleblower footage released on a 60 Minutes program in April showed images on board an August 2017 voyage of the Awassi Express to the Middle East for Emanuel Exports when 2,400 sheep died of heat stress. Throughout the program, footage from five separate voyages is aired depicting thousands of sheep suffering severe heat stress; sheep caked in melted feces and urine; injured and sick animals left to die slowly; decomposed bodies left in pens with living sheep and pregnant ewes giving birth and their lambs dying. 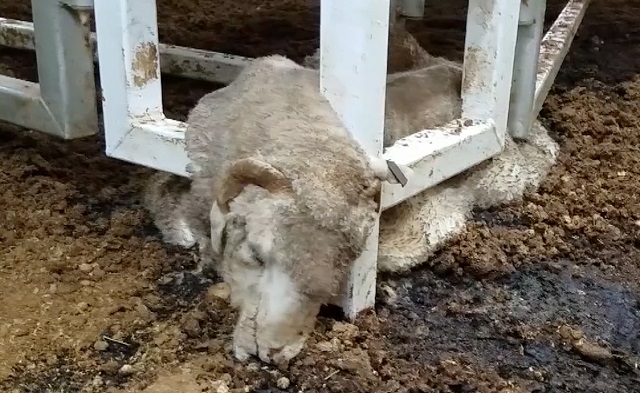 The Department of Agriculture said that sheep that had been due for export remain in a registered feedlot. The sheep have been inspected by the department’s veterinarians; they are in good health and well-cared for.

Temperatures in South Perth currently range from eight to 18 degrees, while live export destinations in the Persian Gulf are among the hottest places on earth and may be reaching 40-50 degrees when these sheep would have arrived.

The news has been welcomed by animal welfare organization Animals Australia. Lyn White from Animals Australia said: “There is a collective sense of relief around the country this morning. We are grateful to the Department for their willingness to urgently re-examine this matter and reach a decision that is both just and protects the interests of these 45,000 animals.

“Politicians are now very aware of how deeply Australians care about animal welfare, and it’s pleasing to see members of the Turnbull government increasingly listening to concerns about the live sheep trade.”

The RSPCA has also welcomed the move but says that until a total phase-out of live sheep exports is achieved, the next catastrophe will always be just around the corner.

The European Commission (EC) has chosen ABS to lead a global consortium tasked with making recommendations for the future of the IMO’s Energy Efficiency Design Index (EEDI) for ships. The commission awarded the consortium of ABS, Vessel Performance Solutions and Arcsilea Ltd. with funding to assess the EEDI’s technical performance and recommend new targets before the 76th meeting of the IMO’s Marine Environment Protection Committee (MEPC) in October. The consortium will analyze...