The world’s newest and one of the most advanced Antarctic research vessels completed construction and commenced her delivery run from Northern Europe to Australia last week. The new ASRV (Antarctic Supply Research Vessel) Nuyina, (a Tasmanian Aboriginal word for southern lights) sailed from Damen Vlissingen in the Netherlands for a seven-week voyage to Hobart, Tasmania, where she will be commissioned.

Along with other new research vessels, including the UK’s Sir David Attenborough, the Nuyina joins an elite class of next generation vessels. Her mission will include the resupply of Antarctic stations and research campaigns, scientific research, icebreaking, transport, disaster relief, evacuation, and patrol duties.

“It’s a monumental occasion,” added Gerry O’Doherty, Master of ASRV Nuyina. “It’s been custom designed and built for the Australian Antarctic Program and it’s really special. It’s day one of a thirty or possibly forty-year lifespan! We're going to be able to do so much with it, and I just want to wish all those scientists and crew who will be working on it all the best for the future. Everyone involved in this project can take great pride in their contribution to the development of a vessel that has set a new world benchmark in polar science capability.”

Measuring 525 feet in length, and displacing 24,000 tons, the Nuyina represents a A$1.9 billion (US$1.4 billion) commitment to the country’s ongoing Antarctic research. She replaces an older vessel that was retired before the 2021 research season. The new vessel has a range of 16,000 nautical miles operating at 12 knots and an ice-breaking capability of 1.65 meters at 3 knots. 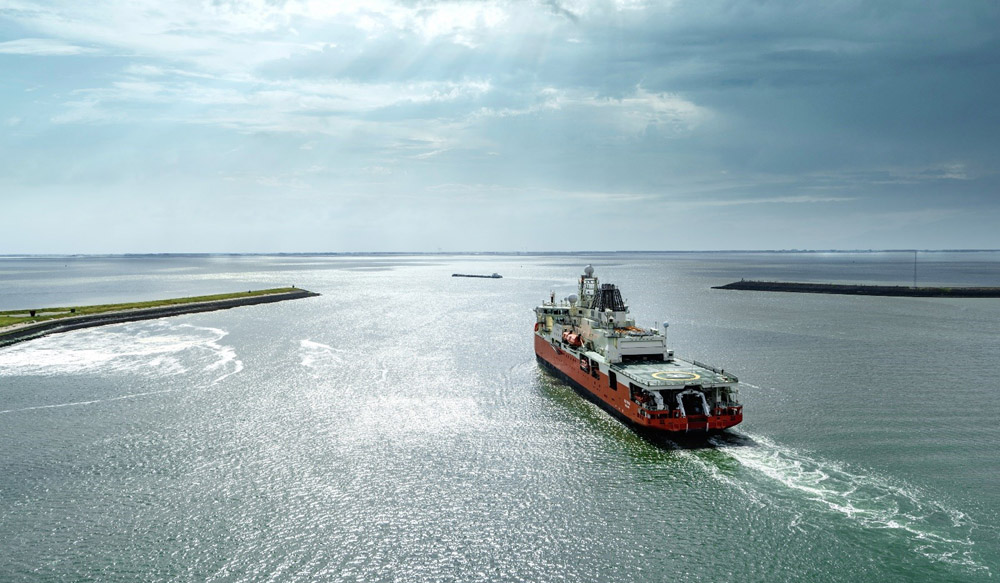 The vessel is designed to accommodate a crew of 32 plus up to 116 on the research team and will carry a doctor on missions lasting up to 90 days. The design incorporates innovative systems to reduce the environmental impact of the ASRV Nuyina. On board research facilities include science laboratories and offices, a wet well and ultra-pure seawater systems, plus meteorological and air chemistry labs. Accommodations for the crew and researchers also include a dining area, lounges, a theater, a fitness center, and yoga and medical suites.

According to Damen Shipyards Group, which was responsible for the vessel’s construction, the project was a multi-national effort involving the Australian Antarctic Division, the vessel operator Serco, Danish concept designers Knud E. Hansen, Damen’s engineering and detailed design teams in the Netherlands, and the construction team at Damen Shipyards Galati in Romania. In total, over 120 Dutch companies were involved in the project as well as a range of Australian companies. 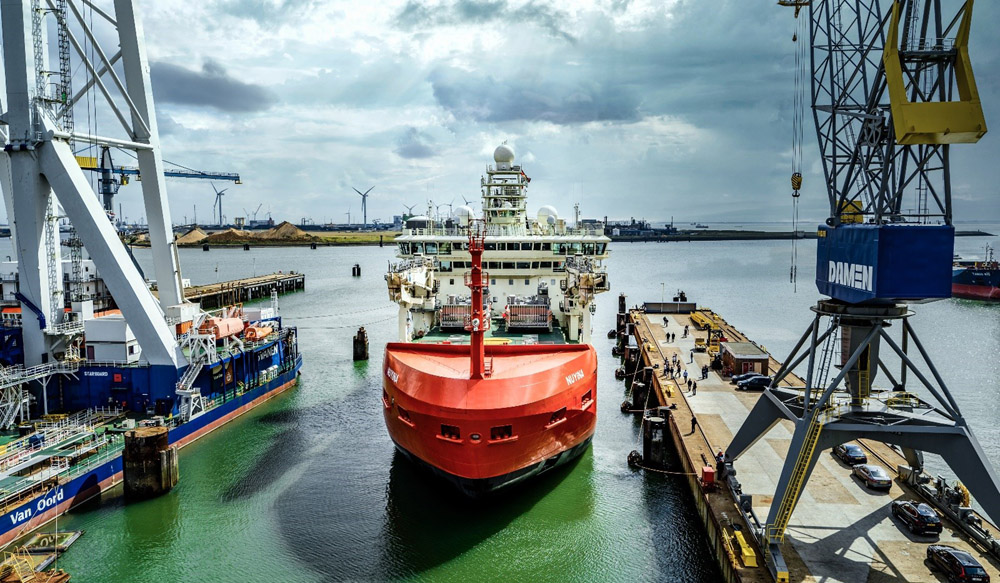