Mawson is one of Australia's three permanent research stations in Antarctica, and is the longest continuously operating station south of the Antarctic Circle.

This year marks the 65th anniversary of the establishment of Mawson research station in 1954.

Later this week at our Kingston headquarters, we’ll be welcoming the ANARE Club – and many former #Mawson expeditioners – to celebrate our #Antarctic history and future. pic.twitter.com/DXHb0CfvnG

Acting Director, Rob Bryson, reflected on the changes since the early years of Australian Antarctic exploration, when much of the Antarctic continent had not been seen or mapped, huskies were a vital mode of transport and having a shower meant heating snow on a coal briquette stove. 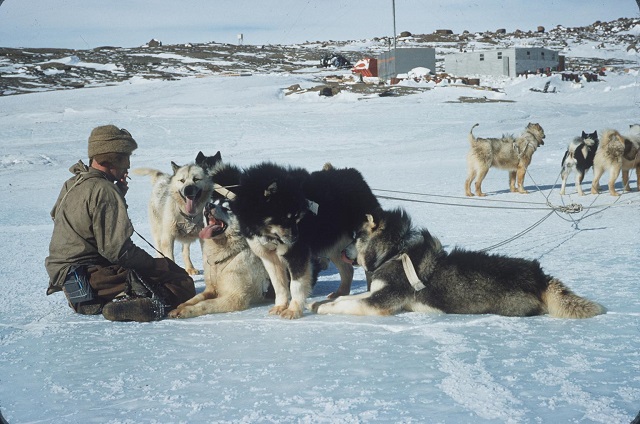 But while much has changed some things remain the same, including the spirit of adventure, camaraderie and awe that Antarctica inspires amongst those privileged to visit.

For Australian National Antarctic Research Expedition (ANARE) surveyor, Syd Kirkby, the place and the people saw him return six times after his first winter in 1956-57. “Even until the last day I stood in Antarctica, it could still stop me in my tracks,” he said. Kirkby personally survey more Antarctic territory than any other explorer – including Scott, Shackleton and Mawson. 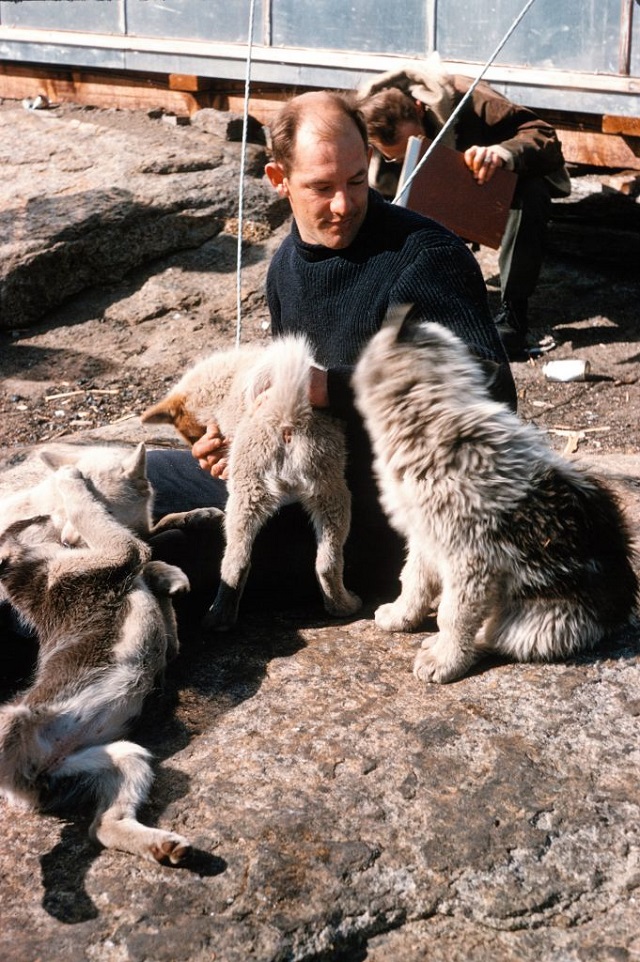 “To climb a mountain and look out across the Amery Ice Shelf, the Lambert Glacier, the extent of the Prince Charles Mountains and the Mawson escarpment disappearing 200 miles into the distance; it hit me that in all time no eyes had ever seen this. It was an astoundingly humble realisation.”

Former auroral physicist George Cresswell remembers the colleagues who made his 1960 winter at Mawson so memorable. “Seeing blokes like Syd Kirkby and Ian Bird [electronics engineer] work so hard; I had great respect for them and I developed a good work ethic as a result,” he said. 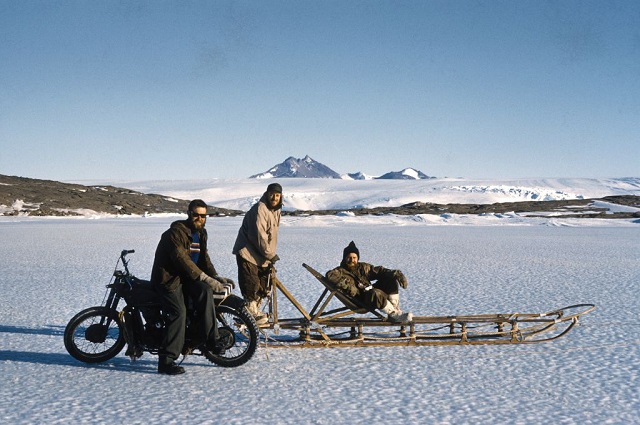 George Cresswell on a Velocette motorbike, with Doug Machin and Viv Hill on the sea ice, near Mawson (Photo: Jim Kitchenside)

Cresswell joined ANARE for the adventure, after watching the movie ‘South with Scott’ as a young boy. His adventure started immediately with the unloading of the Dakota aircraft from the Thala Dan. “We dragged the plane up the hill with the D4 tractors and then we all had to help put the wings on. There were 350 nuts and bolts for each wing, and it was cold,” he said.

Cresswell was also part of a four-person team trying to bring two tractor trains 300 miles from Binders Base to Mawson station. However when their support aircraft was destroyed in a blizzard and they ran out of fuel, they had to leave one behind.

Sometimes though, it’s the little things that stick in your mind – like going to the toilet in a blizzard during a field trip. “You get into the lee of a tractor and the wind and snow is swirling around and you want to hurry up. When you pull up your underdacks they’re full of snow. I tell you, you don’t forget that!” Cresswell said.

The ANARE Club has compiled a collection of stories and journals written by or about Mawson expeditioners.