A team led by the Swiss School of Archaeology in Greece has completed a landmark project at a famous shipwreck site off Antikythera, a small island between the Peloponnese and Crete. After using marine salvage techniques to remove boulders from the wreckage, the researchers have pulled up new discoveries, including the head of a larger-than-life statue of Hercules.

The Antikythera Wreck from the first century BCE is known best for a single piece of its cargo: the Antikythera mechanism, a geared calculator believed to be the world's first known computing device. However, much more has been recovered since the site was discovered in 1900. The first archaeological expedition to the site was led by Greek officials in 1901-2, and its divers found countless pieces of art. These treasures can be seen today at the National Archaeological Museum in Athens, including a giant, headless statue of Hercules (Herakles).

A modern survey in 2012-16 revealed human remains and additional small artifacts, and it laid the groundwork for a five-year comprehensive survey program which began in 2021. This long-running deep dig into the site is headed up by researchers from the Swiss School of Archeology in Greece, the Ephorate of Antiquities of Euboea and the University of Geneva. In this season's exploration, which ended June 15, the team discovered a giant head of a statue of Hercules - likely the missing piece of the famous statue recovered in 1902. 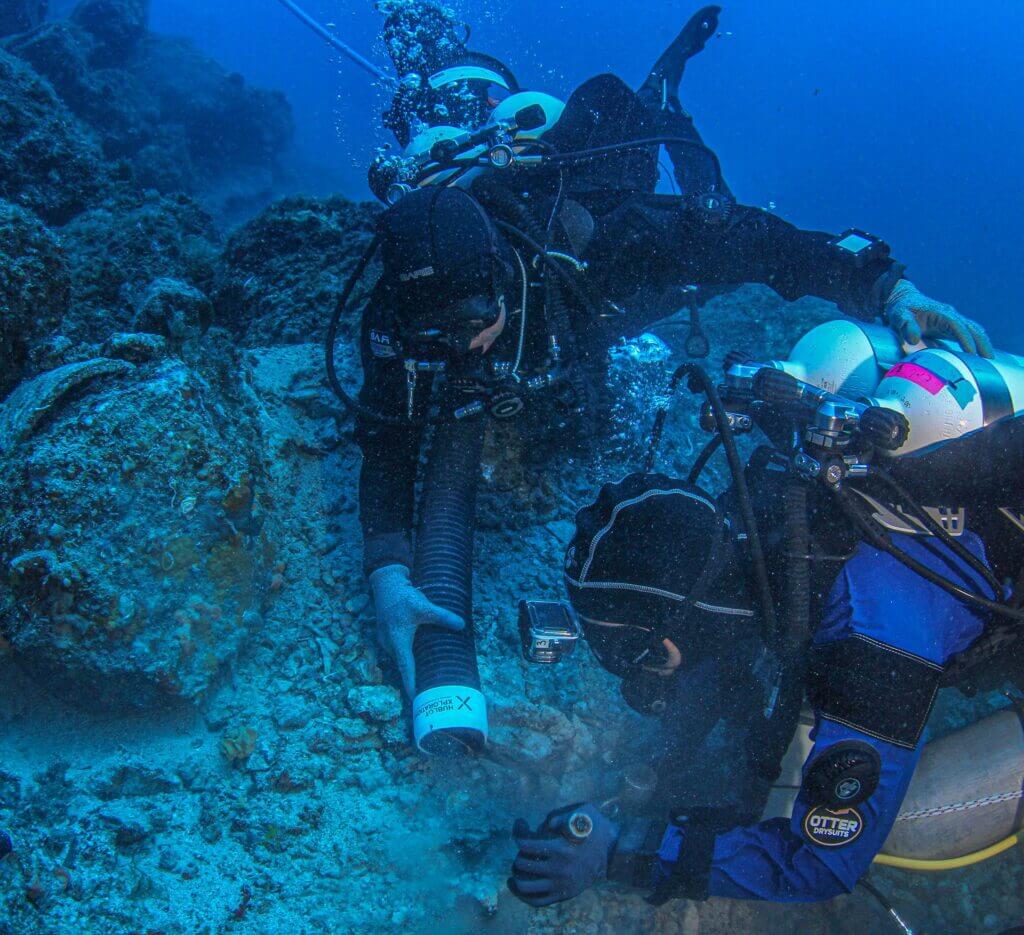 The additional exploration was made possible by removing boulders which had fallen onto the wreck, some of which weighed up to 8.5 tonnes. After the boulders were hoisted off using airbags and slings, the team was able to access parts of the wreck that had never been seen before. The discoveries from the trip included a plinth of another marble statue, including the lower parts of its legs; two teeth; the collar of a wooden anchor; and bronze and iron nails.

Unlike past expeditions, this survey is creating a full 3D model of the site and the location of each found object. All artifacts have been transferred to the custody of the Hellenic Ministry of Culture and Sports after proper conservation treatment.

The Hellenic Coast Guard contributed four divers to the expedition, and the A.C. Laskaridis Charitable Foundation donated the services of the OSV Typhoon to serve as the primary research vessel on site.