The APL England was released by the Australian Maritime Safety Authority (AMSA) more than three weeks after the authorities detained the ship following the loss of containers overboard during a high seas incident. The vessel departed Brisbane, Australia on June 19, bounded for Zhoushan, China.

Before allowing the ship to sail, AMSA reported that it received a formal written undertaking from the ship’s insurer, Steamship Mutual. The insurer said that it will pay the fines and other amounts that are agreed or imposed by a court concerning AMSA’s costs in responding to the incident. The commitment is for up to A$22.5 million and in addition the vessel’s owners and the insurers said that they are tending for a sonar search for sunken containers.

The APL England had been detained on May 28 after AMSA inspectors reported that they had found that the lashing arrangements for cargo were inadequate and the securing points for containers on the deck of the ship were heavily corroded. After unloading its cargo in Brisbane, AMSA inspectors said that they were satisfied that the ship was fit to sail to China to undertake repairs. 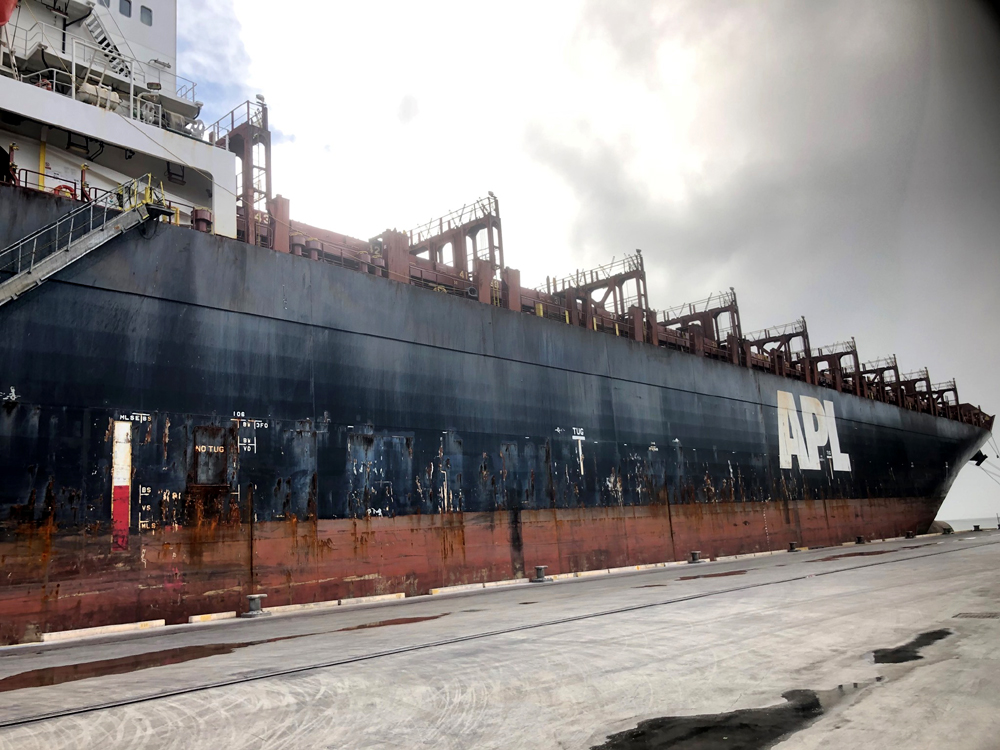 A new master was also assigned to the APL England while the master at the time of the incident is being repatriated home. The master is facing charges in Australia for discharging of garbage into the sea, and not ensuring that the vessel did not pollute and preventing damage to the marine environment. These charges carry maximum penalties over A$300,000.

At last report, 15 of the approximately 50 containers lost overboard had been recovered from the shoreline or towed to shore after being spotted floating off the coast.

The cargo load on the APL England was damaged during a high seas incident on May 24 that resulted in the brief loss of power on the ship and containers falling overboard. A review of the manifests determined that 50 containers fell overboard while an additional 72 containers were damaged but remained aboard the vessel, later being removed in Brisbane.