A liquid bulk terminal at the Port of Antwerp is trialing a new kind of green power for industrial uses: concentrated solar thermal energy (CST).

CST uses parabolic mirrors to collect and focus the sun's energy, converting it directly into heat. This raises temperatures in a process fluid - like water - as high as 750° F. At large scale, this technology can be used to make steam for electrical power generation, but it can also be used in smaller installations for commercial and industrial purposes. It produces three times more energy per installed square meter than a solar panel installation, and the heat can be stored in insulated vessels so that it can also be used at night. It is a green alternative to fossil-fueled industrial heat, and proponents say that it can make a significant contribution to reducing CO2 emissions.

The new installation was built at Adpo (Antwerp Distribution and Products Operations), a specialized liquid bulk chemical storage terminal located in the Port of Antwerp. It was designed and installed by the Belgium-based energy company Azteq, and it is part of a pilot project backed by the Flemish government. 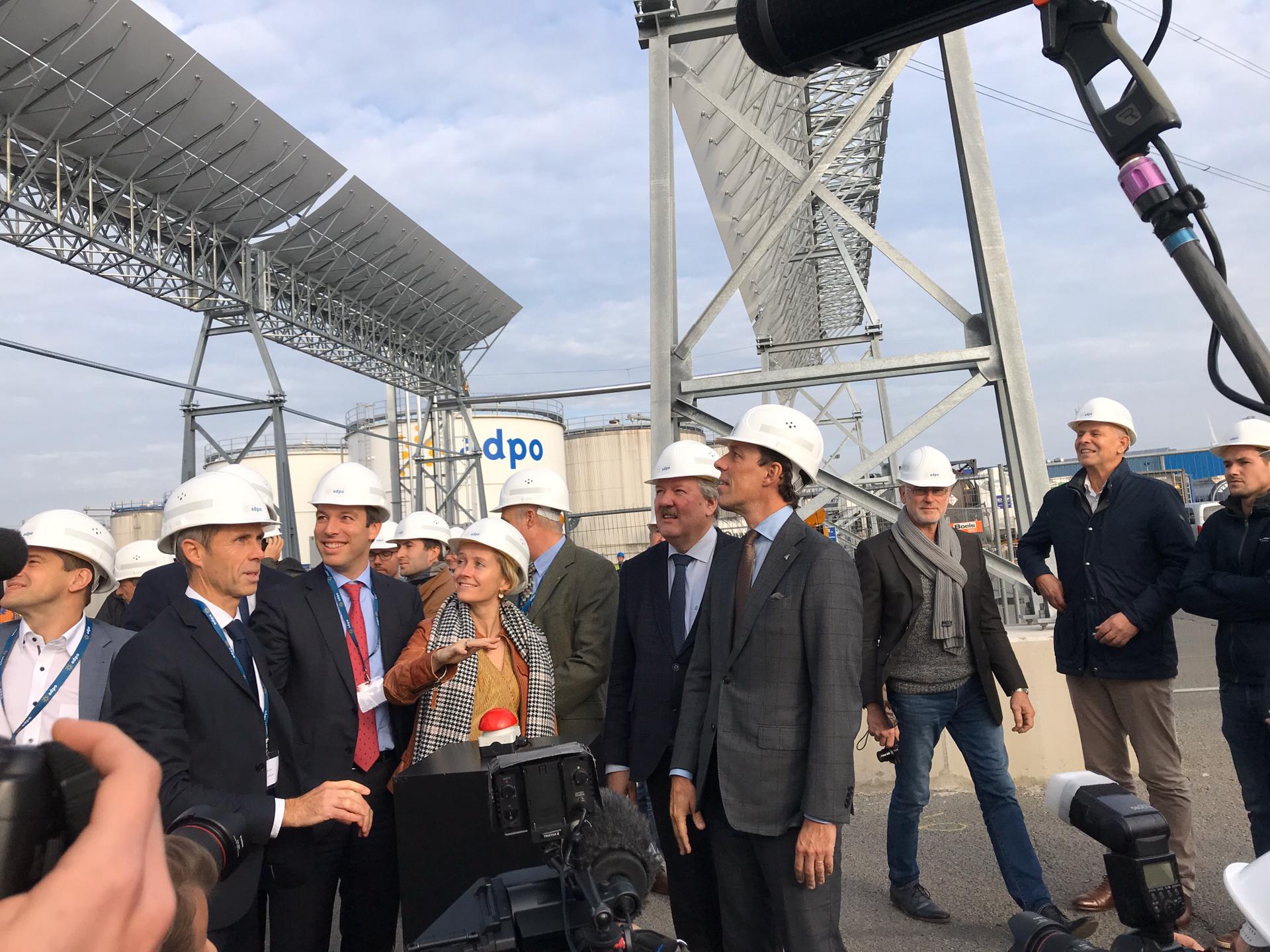 Until recently, Adpo used natural gas to make steam for tank cleaning and tank heating. The solar mirror park, which will replace 500 MWh worth of gas consumption annually, is sited above the company's parking lot, above a railway line and below a high-voltage power line, illustrating its potential for the dual use of land. The 16-foot-long solar mirrors are arranged in lines of 120, and they move with the sun to concentrate sunlight on collector tubes.

"Investing in the transition to sustainable and renewable energy is in our DNA," said Adpo managing director Filip De Dijcker. "The current project is not our first foray into sustainable energy. We already generate 700 MWh of electricity per year from solar panels, and the first LNG/CNG gas station was built on our terminal five years ago. We are also making our contribution to the modal shift: thanks to a new container quay we transport 10,000 containers per year by water instead of by road."

The Adpo project is the first industrial CST installation in Europe, and Azteq says that many more are on the way. According to CEO Koen Vermout, the firm is making plans for more projects in Flanders, the Netherlands, France, Germany, Austria and Spain.