On Monday, a law enforcement team from Coast Guard Station Portland, Oregon worked with local law enforcement officers to remove what the USCG described as "uncooperative protesters" from Port of Vancouver's Berth 9. The activists were hanging from hammocks at the pier and chaining themselves to the pilings to block the freighter Patagonia, which is carrying pipe material for the controversial Trans Mountain Pipeline expansion project.

According to activist group Rising Tide, five climbers locked themselves to the pier at Berth 9 in order to prevent the pipes from being delivered to their final destination in Vancouver, B.C. The action was supported by additional activists in kayaks and small craft. 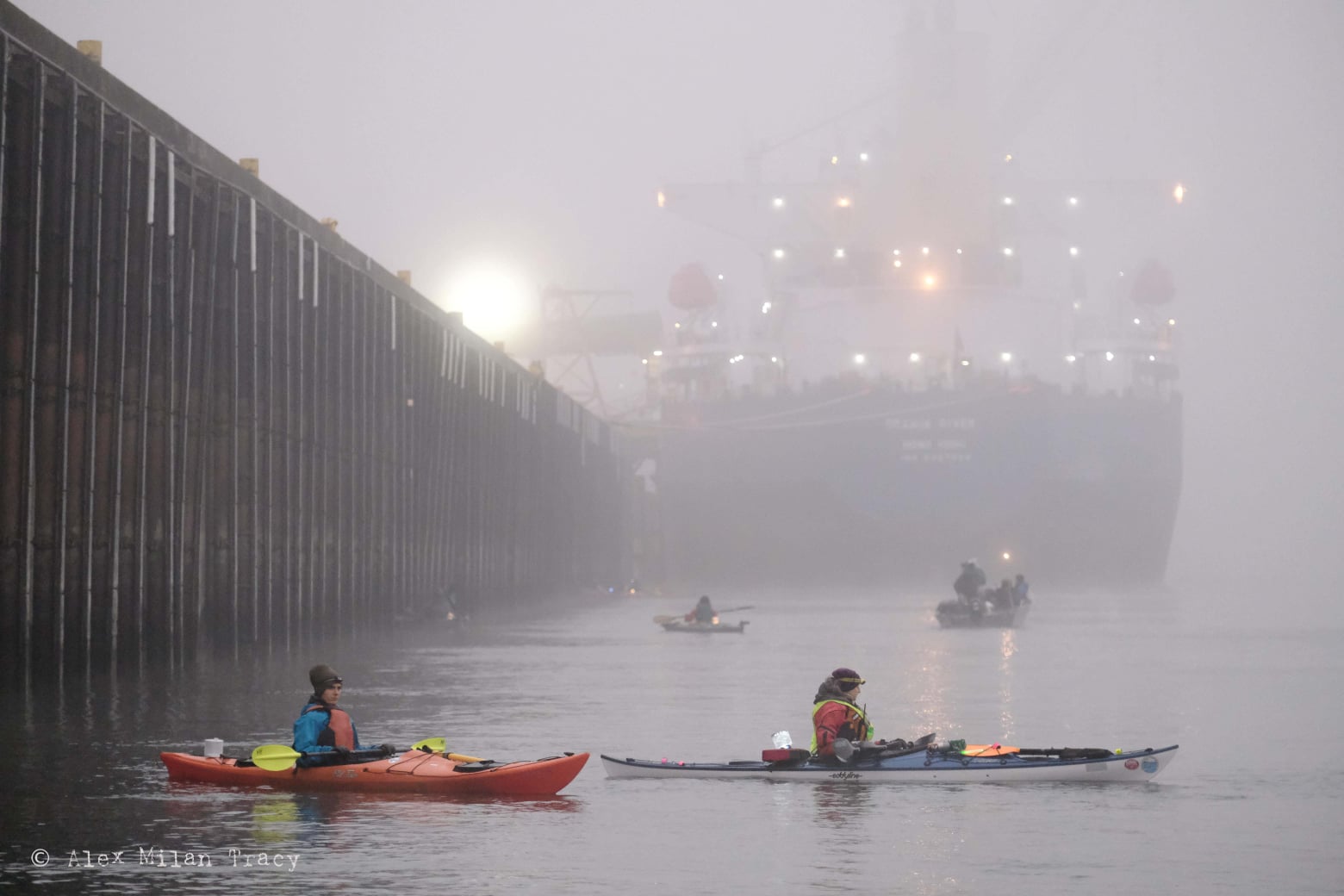 The Coast Guard said that it was notified of the situation at 0700 hours by the Port of Vancouver and the Patagonia’s shipping agent. At the time of the notification, the Patagonia was transiting the Columbia River, inbound for Berth 9.

"Our goal is to ensure all recreational and commercial waterway users are allowed to have appropriate access to the Columbia River,” said Capt. Gretchen Bailey, deputy commander of Coast Guard Sector Columbia River and Acting Captain of the Port. “Activists have the right to peacefully protest on the river as long as they are not impeding vessel movement.”

The activist group reported that the Patagonia attempted to dock at a different berth but was briefly delayed when a sixth climber took up a position on the side of the new pier. As of Tuesday evening, AIS data showed the Patagonia berthed successfully at a multipurpose terminal in Vancouver.