The Edge of Tomorrow

Some say the future is created by designing it. Rolls- Royce says it is “Bringing the Future to You” through advances in digital technology and the development of remote capabilities. In this article we journey around the globe to showcase a sampling of advances in smart ship technology and design, so let’s begin with a vision of future shipping from a Rolls-Royce white paper on “Ship Intelligence”:

“I see the problem - damaged GPS! Computer, enable tertiary navigation system and verify data integrity. Next, schedule a replacement GPS antenna to be installed at next port-of-call and perform post-mortem analysis on equipment failure prior to handover.”

“Confirmed. Vessel is ready for handover to VTS. Administrative documents are being transferred.”

The above dialogue is a simulated conversation between a future land-based control center monitor and the system’s Artificial Intelligence (AI). Together, they utilize interactive smart screens, holograms, voice recognition and unmanned systems (drones) for real-time situational awareness onboard and in the vessel’s vicinity.

“This is happening,” says Vice President of Innovation Oskar Levander. “It’s not if, it’s when. The technologies needed to make remote and autonomous ships a reality exist. We will see a remote-controlled ship in commercial use by the end of the decade.”

Rolls-Royce is not alone in modeling future ships. DNV- GL is developing the ReVolt, a 60-meter, zero-emissions, fully battery-powered autonomous vessel intended for short-sea (100 nautical miles) operation and able to deliver up to 100 twenty-foot containers. The vessel will have external/retractable thrusters and boasts energy requirements of 50kW (less than a small car) with maintenance-free onboard operations as a result of no rotating machinery within the hull.

Developers suggest a 45 percent efficiency savings, equivalent to $1 million per year over its 30-year life when compared to diesel engines. The ReVolt is currently being tested by students with a 1:20 scale model at the Norwegian University of Science and Technology in the Trondheimsfjord region of northern Norway, the world’s first designated test site for autonomous shipping. 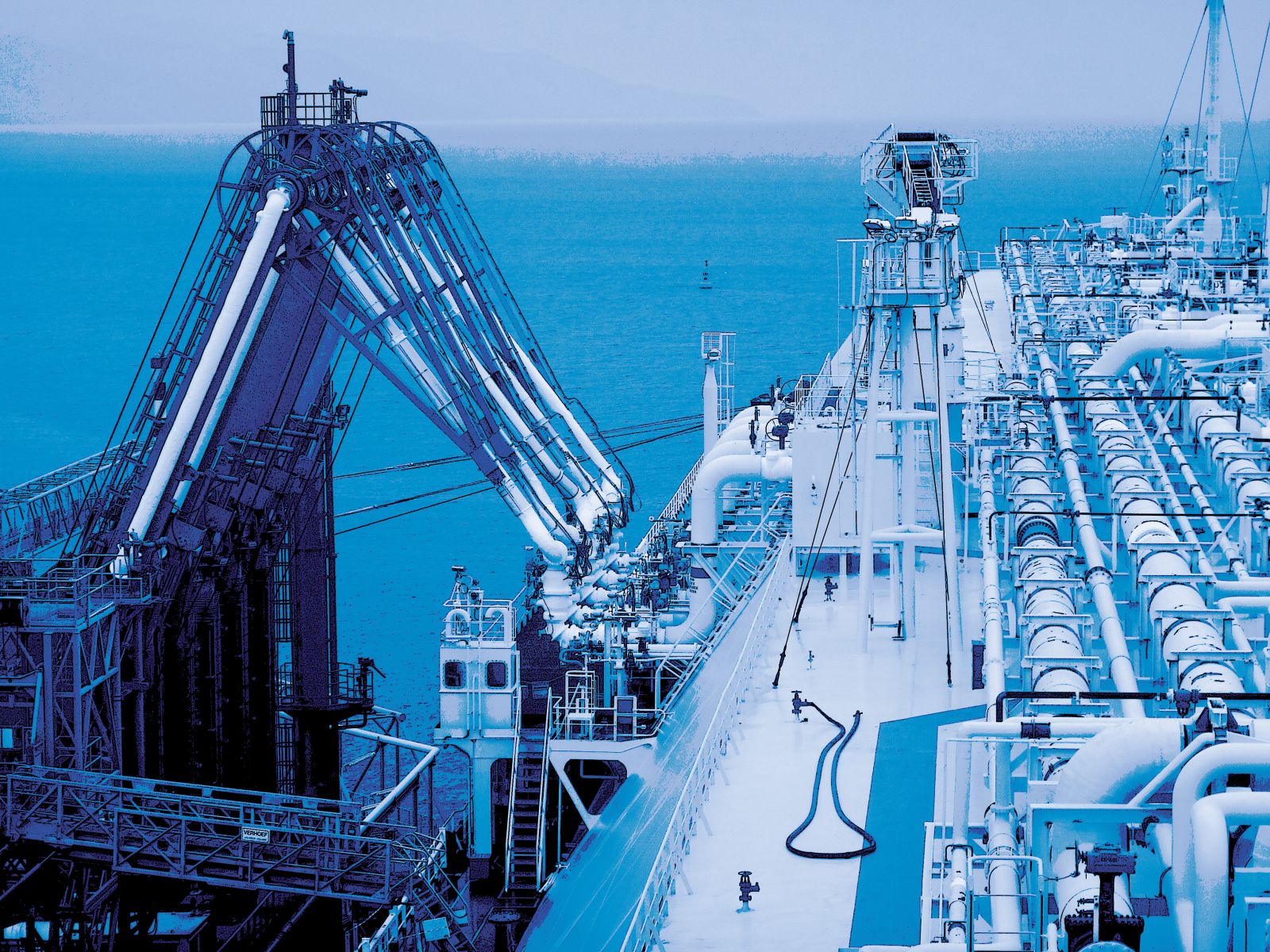 Rick Ashcroft, Principal Engineer at General Dynamics/ NASSCO, says that “Advances in naval architecture have been evolutionary rather than revolutionary” and noted that steam is essentially gone from commercial shipping with the rise in LNG-fueled ships. Despite being less energy-intensive, LNG is becoming more cost-competitive as it meets or exceeds Tier III requirements. LNG designs can often free up valuable additional cargo space as well.

Victoria, B.C.-based SSI Corporation has developed Ship- Constructor along with the Sync Shipyard Concept, which allows collaborative designing. Its new As-Built Model has a concurrent engineering tool for marine drafting that produces a 3D model from 2D drawings and can take changes from the 3D model and retro-amend the as-built 2D drawings. Recent projects include the first America-class amphibious assault ship for the U.S. Navy, USS America (LHA-6).

In Barcelona, SENER Engineering & Construction has developed an array of high-spec products ranging from space probes for the European Space Agency to the multi-disciplinary FORAN ship design system. FORAN was the first marine Microsoft-based CAD system and has evolved to allow product lifecycle management (PLM) for a series of vessels. SENER recently unveiled designs for the first LNG-powered LNG bunkering vessel (LBV), which will bridge the logistical supply gap between the tremendously expensive LNG terminals and thirsty, SOx-compliant vessels.

Denmark-based designers Knud E. Hansen A/S, established in 1937, sees its 80-year journey as embodying the evolution of naval architecture. As one of the first engineering companies in the world to specialize in ship design, it’s maintained relevance by having three Container Feeder Vessel designs shortlisted by Nor-Shipping for the 2017 Next Generation Ship Award and developing the world’s first dual-fuel, asphalt-bitumen tanker for polar areas. Hansen has a portfolio of novel concepts ranging from a shallow-water oil recovery catamaran (SWORC) to the Windship and Poseidon floating power plant to harness wind and wave.

Deltamarin in Helsinki utilizes a proprietary energy flow simulation tool to identify waste heat recovery (WHR). In a 24-hour simulation, Deltamarin demonstrated fuel reduction of 4.2 percent. With the January highs for IFO380 bunker fuel at around $350/ton, the savings total $616 per day, $18,480 per month, $221,760 per year and a whopping $6.6 million over the typical 30-year lifespan of a vessel.

U.S.-based JMS Naval Architects and Vice President Rick Fernandes are recognized leaders in the field of salvage and marine architecture. The U.S. Navy selected JMS to write the “U.S. Navy Salvage Engineer’s Handbook” and provide engineering and design services in support of recovering the SpaceX Dragon capsule upon its return from the International Space Station a few years back.

Recent projects include a 93-foot, state-of-the-art research vessel for the Virginia Institute of Marine Science and figuring out how to squeeze a 100-foot-equivalent oversized semisubmersible barge/floating drydock through the 78-foot St. Lawrence Seaway locks. How, you ask? By designing it with removable external pontoons. The JG Burke can provide 150’x65’ of clear deck access from three sides.

Port Everglades-based Shipwright, LLC has developed the Boundary Layer Testing lab or BLT, the only known facility that verifies design performance optimization for air lubrication systems (ALSs). The ALS method uses compressed air to generate beer-sized bubbles under the vessel to reduce the viscous drag against the hull (the largest contributor to ship resistance). It can verify other energy-saving devices (ESDs) and coating conditions as well.

John Dixon, Managing Director at Shipwright, says the BLT is necessary because air bubbles don’t scale, so you can’t rely on computer-rendered computational fluid dynamics or traditional tow- tank methods to provide accurate projections. The Airglide ALS II claims verified operational fuel reductions of up to 13.4 percent, both in the lab and after installation.

Korea’s Hyundai Heavy Industries (HHI) proudly proclaims it- self “the world’s No.1 shipbuilder” and envisions a smarter shipping industry as it recently announced an investment of $1.8 billion by 2021 to establish a smart shipyard and further develop eco-friendly, smart ships. HHI has recently partnered with Accenture to utilize information from IoT (Internet of Things)-installed sensors to mon- itor onboard conditions in real time. Smart ships can collect and transmit data ashore on everything from navigation equipment to engine status and performance analysis.

Our journey ends with Oracle Team USA to see how its multi-disciplined partnerships with Airbus and BMW are working out for the recently unveiled AC50 for the 2017 America’s Cup. Airbus is providing micro-electromechanical sensors (MEMS), used to monitor aircraft wings, which are embedded throughout the sail (wing) and foils of the AC50, both of which are highly comparable to Airbus components. The wing now occupies a 3D shape that is hinged and articulates to provide asymmetrical shapes for greater lift. This is supposed to reduce drag by one-half to one-third of a conventional 2D sail while producing twice as much actual force.

BMW is getting in the game as well by integrating a semi-auto- mated steering system, taken from touring car racing, that will pro- vide near-instantaneous wheel response. Having already proven the vessel can travel faster than the speed of the wind by which it sails, this is sure to be an exciting season.

From the early Old Norse longboats used by Viking warrior Ragnarr Loðbrók to future generations of hover ships powered by deuterium fusion reactors, mankind has always advanced and explored. Here’s to all those helping to push naval architecture to the edge of tomorrow!