The Importance of Horizontal Rescue and Realistic Training

People who have been in the water, the injured and the incapable, should be lifted in a horizontal or near-horizontal position if possible. (IMO Guide To Recovery Techniques, MSC.1/Circ.1182/Rev.1)

Recover them as horizontally as possible: If you can avoid lifting them out of the water vertically, do it. The hydrostatic pressure on their body has made it easier for their bodies to maintain blood pressure – as soon as they are removed, the heart must work harder – and a cold heart doesn’t do well as working harder.

Don’t make them work for it: Don’t ask them to “pull” or to exert themselves in their own rescue if it can be avoided. Remember, they are in a fragile cardiovascular state and climbing the net after being in the freezing water may be the last thing they ever do.

No walking: They shouldn’t be walking around until they are completely recovered. There is some very cold water in those limbs and for the time being, you want it to stay there.

Drills: The focus tends, on a large extent, to be on parts of the rescue operation (launching and recovering a MOB boat, rescuing a dummy onto a MOB boat) without piecing them together, often on a sunny day with calm seas.

We often see MOB / Fast Rescue Craft drills that start with launching the FRC and ends when the FRC is back onboard. Sometimes complemented with throwing a training dummy in the water and rescuing it. These are good and important drills, but they sometimes leave out parts of the overall scenario you will have in a real emergency. Hence, they may fail to identify potential challenges in the rescue operation.

In a real situation the emergency will start with noticing that a person has gone over the side and sounding the alarm. A lookout is posted and the FRC is launched, followed by rescuing the person and recovery of the FRC. The person is then transferred from the FRC either to the hospital on board or to a winching area / heli-deck.

A full scenario drill for man overboard should start with dropping a training dummy in the water at a likely point of entry from the vessel and runs all the way to medical assessment in the hospital or with the patient prepared for transfer at the heli-deck / hoisting area.

This will reveal challenges not normally discovered, such as getting the dummy from the Fast Rescue Craft to the hospital/helicopter deck. Are the corridors wide enough for a stretcher? How many crew members does it really take and what is the best route?

The other important factor for drills is realism.

If you train with a rescue dummy that weighs 20kg you may build a false confidence that you are well prepared for a real emergency and know how to rescue a person from the water. We experienced this when performing tests with a seismic support vessel that had a workboat approved as their MOB boat. The crew were fully confident that they could handle a man overboard, after all they had trained with their homemade training dummy many times. 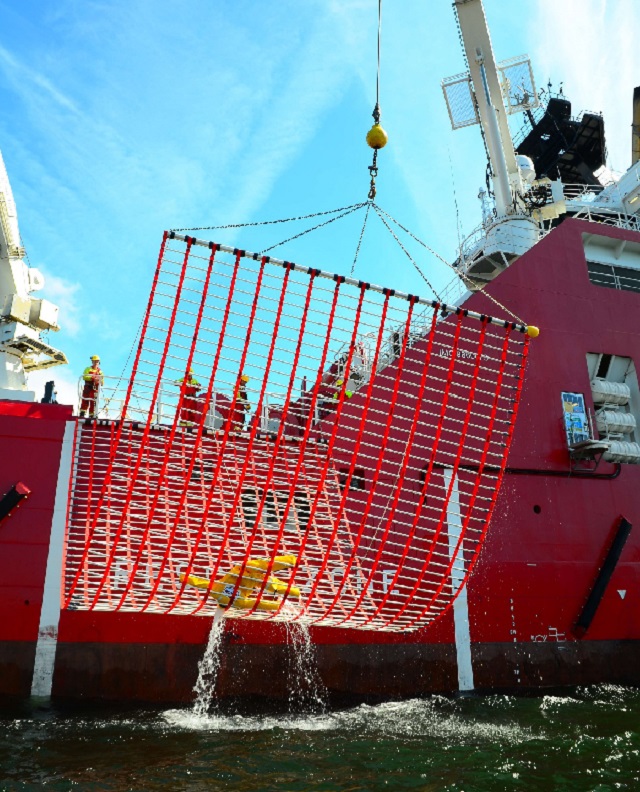 Same thing applies to weather. If you only train in very benign weather, you will not be prepared for a situation which is more likely to occur in rough weather.

For smaller boats such as tugs, harbor craft and crew transfer vessels it is important to base the equipment and training on available crew. We often see rescue procedures on boats with a two-man crew that are based on both crew members taking part in the rescue. If it is one of the crew that is in the water and unable to assist in their own recovery, these boats will struggle and may not be able to complete the rescue.

Realistic training makes for successful, safe rescues. If you plan and drill for worst case scenarios then you will be much more likely to safely handle the situations you may encounter.

The maritime rescue products are DNV TEC certified and are well known for their innovative and high-quality design. The focus of the equipment has always been on man overboard recovery systems. Our equipment is developed to minimize risk to the crew, whilst maximizing the chance for a successful rescue.

Our MOB recovery systems are suitable for most types of vessels, from small Rescue Crafts to Standby Vessels, ferries and utility crafts. Dacon’s extensive experience comes from our history of working with the offshore industry in the North Sea and North Atlantic, and it ensures the maritime rescue equipment performs as planned, even in severe weather.

All our maritime rescue equipment is produced in Norway, and we are continuously working with R&D to develop innovative and efficient products that will assist customers with the very best solutions.

Dacon equipment is in accordance with most legislation. 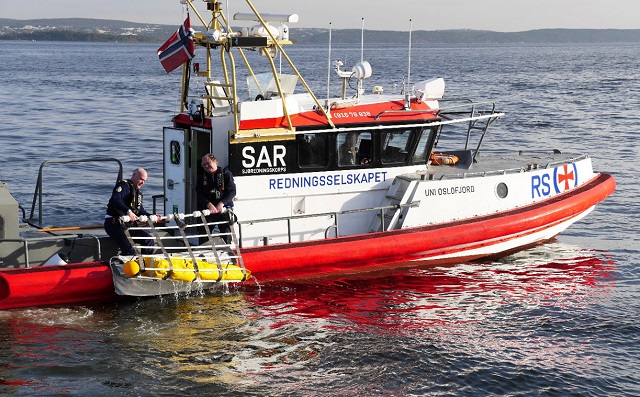 More information is available here and Dacon staff can be contacted by email here. You can also visit Dacon at the following exhibitions in December: 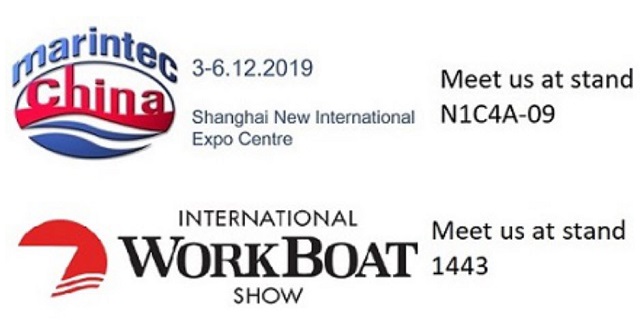