London is the world's leading seat of maritime arbitration, and it has unique benefits, explains Ian Gaunt, President at The London Maritime Arbitrators Association (LMAA).

The LMAA is the world’s leading body specialized in commercial maritime dispute resolution. With over 700 full and supporting members practicing in London, LMAA is admired for the promotion of practical procedures conducted under the English Arbitration Act 1996. 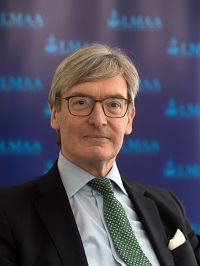 Gaunt was elected President of the LMAA in 2017, and has broad knowledge on commercial, technical and legal aspects of ship sale and purchase, shipbuilding and related financing agreements. Arbitration experience includes disputes concerning shipbuilding, ship repair and conversion contracts, charterparties, sale and purchase agreements and contracts of affreightment.

Why is London considered to be a main arbitration point?

The principal reasons cited are:

• Availability of experienced specialist counsel, solicitors and experts.
• Availability of experienced specialist arbitrators (particularly in the maritime field).
• The experience of the English Commercial Court in exercising its supervisory jurisdiction and in ordering “interim measures” such as injunctions and document or property preservation orders.
• Relative cost and speed.
• The wealth of English commercial and maritime case law. 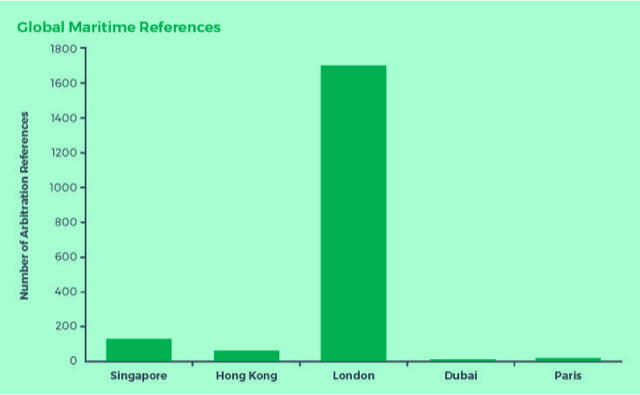 What are the benefits of opting for arbitration with the LMAA?

Generally as above, particularly the number of experienced maritime arbitrators and the maritime law experience of Commercial Court judges.

Specifically in the maritime field, the availability of a right of appeal to the Commercial Court from arbitration awards on points of law. This is available almost nowhere else and is generally welcomed by the international maritime community (if not others, for example in engineering or construction cases, who often exclude the right of appeal by choice.)

How flexible is the arbitration process in adapting to each case?

Arbitrators have the right and duty under the English Arbitration Act 1996 to devise procedures suitable to the case. They are not bound by the more rigid rules applicable in the Commercial Court, for example regarding evidence and disclosure of documents. Nevertheless the LMAA Terms and Procedures set out procedural guidelines. These are flexible and are regularly updated.

What does an LMAA panel look like and what criteria are used for its formation?

It is up to the parties to decide if they want a panel of three arbitrators or if they can agree on a sole arbitrator. 80 percent of cases are decided on  documents only without a hearing and if the two party-appointed arbitrators can agree on the result, it is not necessary under the LMAA Terms to appoint a third.

Please describe the types of arbitration and what factors determine which one is used in each case:

The LMAA has three principal sets of procedural terms. The choice of which one will apply will normally depend on the amount in dispute (including the amount of a counterclaim). The Small Claims Procedure which mandates a sole arbitrator and eliminates the right of appeal is particularly popular for claims of up to $100,000.

For larger claims, over say $400,000 the main LMAA Terms provide that there will normally be three arbitrators and make provision for more formal submissions and evidence, and possibly an oral hearing. The Intermediate Claims Procedure sits in the middle and is generally considered suitable for claims of between $100,000 and $400,000.

What are the elements of an arbitration agreement?

An arbitration agreement is normally included in the body of the main contract but may be considered separately if there is an issue as to whether the main contract is itself valid (for example because of fraud or some other illegality). The arbitration agreement should ideally provide for the number of arbitrators and how they are to be appointed and within what deadlines. It should also identify the place or “seat” of the arbitration an ideally the procedural rules to be applied (e.g. LMAA Terms, Intermediate Claims Procedure or Small Claims Procedure).

This depends very much on the procedure used and the way the case is conducted by the parties and their legal advisers. In the case of the Small Claims Procedure and the Intermediate Claims Procedures there are fixed caps on the fees which can be recovered by the successful party and the arbitrators’ fees. Hearings tend to add significantly to the cost of the 20 percent of cases which involve an oral hearing. All the indications are that London is competitive with or cheaper than many other jurisdictions.

Are there any cases where arbitration is not recommended?

There are some types of cases which are not regarded as arbitrable, such as family cases but otherwise disputes under virtually all commercial contracts are regarded as suitable to be decided by arbitration. There are sometimes issues about consolidation of arbitration or the binding effect of arbitration on third parties who are not directly parties to the arbitration agreement but in most maritime cases these can be handled by orders for concurrent conduct, as for example in cases involving chains of charterparties of the same ship.

Please talk to us about the importance of the New York Convention:

The success of the New York Convention of 1958, which celebrates its 60th anniversary in June, is one of the principal reasons why international businesses choose arbitration rather than court proceedings for dispute resolution (another being confidentiality of arbitration). The Convention has over 150 signatories (including China, Russia, Turkey, Greece and Ukraine, among other important players in the maritime world). This means that an award obtained in an arbitration with a seat in one signatory country can be enforced effectively as a court judgment in any other signatory country (subject to some rather narrowly defined exceptions).

This is not the case with court judgments which can only be enforced in another country on the basis of a bilateral or multilateral treaty, such as exists between members of the European Union, or on the basis of reciprocity which may not be easy to establish.