The Spanish National Court has ordered the payment of 700,000 Euros ($840,000) to a Chinese company in compensation for a cargo of illegally-caught Patagonian toothfish that was seized in Vietnam last year from a vessel owned by a Spanish fishing syndicate.

The Spanish National Court ruled that Vietnam authorities must transfer the value of the confiscated cargo of illicit toothfish unloaded by the Kunlun to the China-based company that purchased it. However, both Spain and The People’s Republic of China are contracting parties of the Commission for the Conservation of Antarctic Marine Living Resources (CCAMLR), which establishes that their nationals cannot benefit economically from any illegal, unreported and unregulated (IUU) fishing.

As a result, the marine conservation groups Oceana and Sea Shepherd are calling on the international community to stop what they consider to be a gross miscarriage of justice. The groups are urging the governments of Vietnam, Spain and China to cooperate to prevent the payment which they say is clearly in contravention of international agreements.

“By ordering the payment of 700,000 Euros in compensation for a cargo of illegally-caught Patagonian toothfish, the Spanish National Court is sending the wrong signal to fishermen and the global fish market,” said Lasse Gustavsson, Executive Director of Oceana Europe. “There is no doubt that the confiscated fish was illegal since it lacked the documentation required to be traded legally. All international commitments to crack-down on IUU fishing are put at stake by the passive stance from Spanish and Chinese authorities. Instead Governments must stop illegal fishing now.” 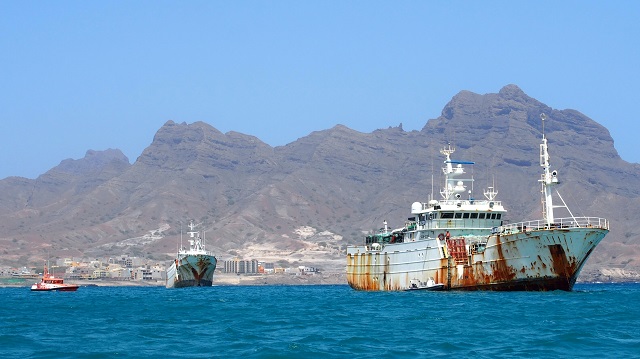 The Spanish court ruling comes just as two other black-listed vessels historically connected to the same Vidal syndicate are preparing to resume fishing operations. Subjects of Interpol Purple Notices, an international alert of criminal activity, the two vessels formerly named Yongding and Songhua have been detained in the Republic of Cabo Verde off West Africa since Sea Shepherd alerted the Cabo Verde Judicial Police to their operations in 2015.

However, Oceana and Sea Shepherd have recently discovered that these vessels have been repainted, renamed and reflagged. Yongding has been renamed Atlantic Wind and is now flagged to the Republic of Tanzania, while the Songhua has been renamed Pescacisne 2 and has been reflagged to Chile.

Both Oceana and Sea Shepherd call on the government of Cabo Verde to not allow the vessels to proceed to sea and to deny them any sort of port support considering that both vessels are black-listed both under CCAMLR and under the International Commissions for the Conservation of Atlantic Tunas (ICCAT). They also call on the governments of Tanzania and Chile to de-flag the Atlantic Wind and the Pescacisne 2, respectively. The organizations believe the vessels will again be used in IUU fishing operations

“It took more than two decades of hard work from environmental NGOs and certain governments to get the international community united in the fight against IUU fishing,” says Gustavsson. “Yongding, Songhua and Kunlun are icons of this fight.”