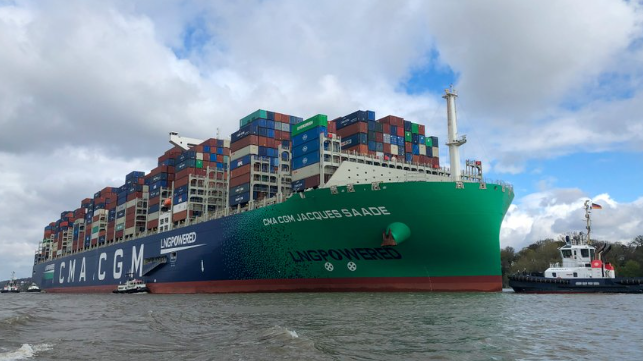 What Will 2018 Bring to the Ship Recycling Industry?

One year ago I contributed an article to The Maritime Executive anticipating that 2017 would bring two important developments to the ship recycling industry. In the first place I anticipated a major breakthrough towards the entry into force of the Hong Kong Convention through the promised accessions by Denmark and India, and secondly I had expected that the European Commission would announce a list of non-E.U. yards approved for the recycling of E.U. flagged ships.

Whilst India did not accede to Hong Kong Convention in 2017, it nevertheless issued in December a pre-legislative consultation on its draft Safe and Environmentally Sound Recycling of Ships Bill, 2017, giving effect to the provisions of the Hong Kong Convention. Separately, the Indian Ministry of Shipping announced that all ship recycling facilities that wish to continue operating beyond July 2018 will have to upgrade their infrastructure through the provision of impermeable floor for the secondary cutting.

In the meantime, by the end of 2017 half of all recycling yards in Alang have invested in infrastructural and procedural improvements and have obtained a “Hong-Kong Convention Statement of Compliance” from IACS classification societies. These initiatives by the government and by the industry manifest the transformation that has taken place over the last four to five years in India.

Whereas the eventual entry into force of Hong Kong Convention will ensure that the transformation of India’s yards can remain commercially sustainable in the long term, in the present time the motivation towards (or the discouragement away from) higher standards will be driven by developments in the European Union.

The European Regulation on Ship Recycling was adopted and entered into force at the end of 2013. The Regulation did not require that its provisions would come into effect immediately, but instead it specified a schedule of application, whereby the first version of the European List of approved yards would be published not later than December 31, 2016, whilst E.U. flagged ships would have to: have an Inventory of Hazardous Materials; be surveyed; be certificated; and be recycled in accordance with the new Regulation, from the earlier of the following two dates: (a) six months after the European List of approved yards reaches a combined capacity of 2.5 million LDT; or (b) the end of December 2018.

After spending an inordinate time developing non-binding and incidentally not particularly helpful guidance for non-E.U. applicant yards, the European Commission invited non-E.U. yards to apply for inclusion in the European List in the middle of 2016. Applications were received from the U.S. (two yards of 72,868 LDT), China (four yards of 1,767,215 LDT), Turkey (seven yards of 450,903 LDT) and India (five yards of 323,497 LDT) of a combined maximum annual capacity of 2.6 million LDT. Further applications can be made at any time.

By the end of 2016 no yards outside the E.U. had been approved, so the Commission fulfilled its obligation to publish the first version of the European List by listing 18 yards located in 10 E.U. Member States with a combined maximum annual recycling capacity of 303,065 LDT. As the definition of capacity is based on the maximum LDT that has been recycled by a yard in any one year during the last 10 years, this does not provide any assurance that all the listed yards are currently operational and with full capacity.

Furthermore, looking at the list of the 18 European yards it is difficult to locate yards known for the recycling of ocean-going vessels. Instead it should be assumed that most of the European yards specialize in the recycling of small boats, domestic shipping and inland waterways shipping, all of these being outside the scope of the Regulation (and of the Hong Kong Convention).

As we arrived at the end of 2017 there was still no news from the European Commission on when the first batch of non-E.U. yards would be approved. To have taken a year and a half to consider 18 applications is extraordinary to say the least, especially when considering the abundant availability of budgets for the consultants who do the actual work leading to the assessment. I can only guess that what prevents the finalization of the assessment are the politics that are being played in Brussels over the issue of beaching.

The European Parliament, the Green Party, the NGO Platform, and at times the European Commission, have all opposed the use of even the best beaching yards for the recycling of E.U. flagged ships, regardless of the dire consequences such an exclusion would have. Interestingly, the data quoted above on the applicant yards shows that the European Commission does not have to rely on any beaching yards in South Asia to reach its capacity target. Approval of the four Chinese (1,767,215 LDT) and seven Turkish applicant yards (450,903 LDT), together with the already approved European yards (303,065 LDT) brings the total capacity to just over 2.5 million LDT.

So the question is what is keeping the Commission from completing this much overdue work of assessing the yards and publishing the list?

Could it be that some practical questions and a dose of realism have finally started troubling the officials, who are realizing that this is not a numbers’ game and that the recycling capacity in the European List ought to be made up of yards that are operational and also keen to compete buying ships for recycling?

Could it be that the Commission has suddenly come across the statistical tables published by the World Steel Association and seen how China has increased its steel production using Oxygen Blown Converters and iron ore, and reduced the use of the Electric Arc Furnace and the reliance on ferrous scrap (EAF from being 15.3 percent of the total Chinese production in 2004, has dropped down to 5.2 percent in 2016)?

Or how China’s ship recycling industry has declined from being the leading ship recycling country in 2009 with 31 percent share of the world market, to fourth position in 2016 with a market share of 12 percent (and which is expected to further decline when the subsidy paid by the government for the recycling of Chinese ships is terminated in 2018)?

Quoting from the GMS weekly market report of December 22, 2017: “A silent end to the year in the Chinese ship recycling industry brings with it, perhaps a new dawn where facilities are closed and even government owned Chinese flagged vessels head to sub-continent shores, as state subsidies come to an end next year. One or two of the major / larger facilities (in Xinhui and Shanghai region) will most likely remain open and retain their licenses. However, their price offerings are not likely to be competitive with the Indian sub-continent or even Turkey, as has evidently been the case for a majority of this year.”

Also, quoting from the GMS weekly market report of December 29, 2017: “In the build up to Chinese New Year in February, the outlook for the Chinese ship recycling industry has presently been the bleakest it has been for some time now. Not only are levels positioned at over half of where the sub-continent markets are, but they are also lower than Turkey’s at present.”

It is common sense that for the Regulation to have a degree of success in its enforcement to European flagged ships it will need a list of approved yards that are competitive and geographically spread. If on the other hand the European List is to be made up of: yards in China that are unwilling to buy ships; yards in Turkey that would quickly reach full capacity; and yards of academic value in Europe that will never recycle a large ocean going ship, then it is pretty certain that the Regulation will lead to reflagging and evasion.

Hopefully these thoughts are keeping the relevant officials in the European Commission awake at night in early 2018.

The CMA CGM Jacques Saadé has become the first megamax boxship to transit the newly-enlarged Elbe shipping channel with an increased draft allowance. The occasion is momentous for the Port of Hamburg, as it marks the end of a contentious, multi-year project to deepen the fairway.  Now that the dredging works are completed on the Lower and Outer Elbe fairway adjustment, the port is allowing the largest boxships to begin transiting with increased drafts. The CMA CGM Jacques Saadé can now take advantage of...