The End of Container Shipping: a Thought Experiment

What could happen in the future that would either completely wipe out the shipping industry as we know it… or massively disrupt it?

It’s an existential question for our company as a service provider to port terminals and one we thought was worth exploring. Thus, my co-founder and I spent some time the other day over coffee discussing future technologies that could affect the shipping and maritime industry.

Here is what we came up with. 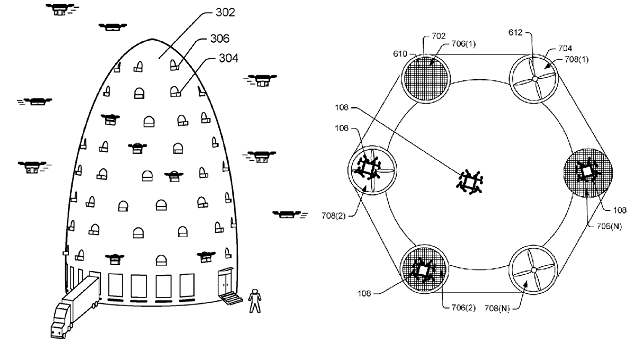 It’s no secret that many companies are looking at the possibility of delivering cargo with drones. Amazon was the first to take this idea to the public. Since then, they’ve been filing a lot of patents confirming that they are working hard at it. For example, earlier this summer, they filed a patent for a beehive looking drone distribution center.

In New Zealand, Domino’s Pizza already made a delivery using a drone. Venture Capitalists are betting big on drone startups, so expect to see a lot more development in this area in the years to come.

One of the challenges of delivering cargo with drones seems to be the limited distance that can be covered by drones due to their short battery life. However, researchers are already looking for solutions to this problem. For example, IBM patented a system to transfer packages from one drone to another drone in mid-flight. This would allow packages to travel longer distances as a drone with battery running low would pass the package over to another that has a full charge of battery.

So far, all this conversation around drones seems to have been focused on the last leg of delivery: from the distribution center or warehouse to the customer’s house or business. The big question is: will drones ever replace container ships?

The global supply chain is based on the premise that we can mass-produce things in one place, then ship it around the world to consumers. What would happen if this whole paradigm is made obsolete by 3D printers?

We can imagine a world where every household has a 3D printer and digital files with product designs are distributed via the Internet. You need a new water bottle for your baby, simply download a design from the Internet and print it right away. No need to buy one that was produced in China, shipped to a port near you and trucked to your house.

Of course, even if this were to happen, we would still need to ship the 3D printers and the raw material they use to print. 3D printing would not completely replace the current method of shipping cargo via containers, but it could certainly hurt the industry and many players in the global supply chain. 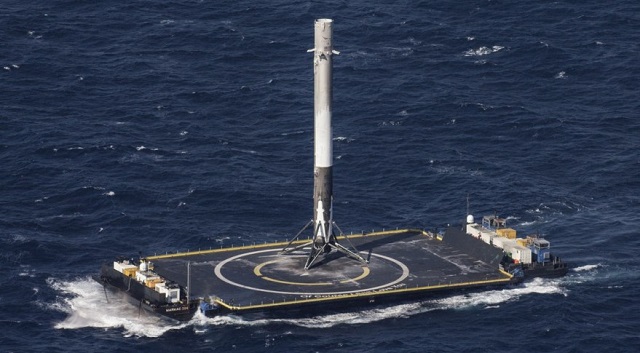 For many years, most of the rocket development was driven by public entities like NASA, the Soviet space program, and the European Space Agency (ESA). However, in the last years, we’ve seen a sort of “privatization of the space conquest” with companies like Elon Musk’s SpaceX, Jeff Bezos’ Blue Origin, and Richard Branson’s Virgin Galactic developing rocket technology and breaking barriers in space exploration.

SpaceX reached a big milestone this year when they were able to reuse the first stage of their Falcon 9 rocket. Before this, when a rocket was launched, all the rocket was lost and a new one was to be built for the next launch. SpaceX is now able to launch a rocket to space and recover a big portion of it for their next launch. As you can imagine, the cost savings are significant.

If we can keep reducing the cost of launching rockets, could we start using them for long voyages across our oceans? Instead of our cargo spending days on a vessel crossing our oceans, maybe we could get it from one continent to the next in hours, even minutes. 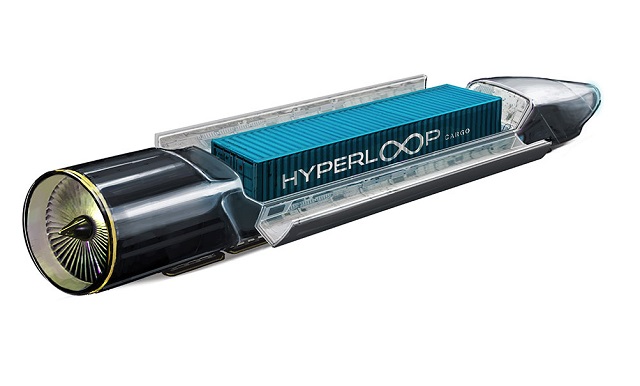 Elon Musk, the same genius who brought us SpaceX and Tesla electric cars, also came up with the Hyperloop concept. It’s a very interesting idea, and while the initial focus has been to move people, some companies are already looking at the technology to move cargo.

In 2016, DP World invested $50 million in Hyperloop One to “conduct a feasibility study to see how Hyperloop technology can more efficiently transport cargo to DP World's flagship Jebel Ali port.”

Once we’ve mastered the Hyperloop on land, could we build underwater tunnels for Hyperloop routes to connect continents and move cargo exclusively using this? The same Elon Musk is already thinking about similar underground highway routes with his latest company: The Boring Company.

Last week, Musk announced that he received verbal government approval to build an Hyperloop in the North East of the United States, and a newcomer just joined the Hyperloop race: Arrivo.

Earlier this year. I was in Singapore for the Get In The Ring and Tech In Asia conferences. On stage, two technology startup founders were “battling” each other, each pitching to an audience of tech entrepreneurs and investors. One of them was the founder of a Virtual Reality (VR) company. When he said this sentence, the crowd went wild. This group of early technology adopters all seemed to agree and wanted to say: “Amen!”

If they are right, then we are moving to a world where human beings will be able to have a lot of experiences in a virtual world. You want to go on a safari but cannot afford the trip to Africa, just download the safari application on your VR contact lenses. You need a new piano, just download the new piano application and you are playing in front of a crowded Carnegie Hall audience on a virtual piano. Our South Florida neighbor, Magic Leap, has raised $1.39 billion to start building the next generation of technology to enable such experiences. That’s just the beginning. It could go a lot further.

In The Matrix, we’ve seen a world where an entire population lives in a virtual world without knowing it. Last year, Elon Musk said he thinks there is a very strong probability that we are already living in a video game. I’ll rather believe we are not, but if we get there one day, does that reduce the need for shipping many household items? Maybe all we’ll need is a bed or cocoon where our bodies rest and everything else in our life is virtual. Why do I need to get a skateboard shipped from China and spend hours learning how to use it if I can just trick my brain into thinking that I’m skateboarding like a pro using Virtual Reality?

We’ve all heard that word many times without giving it much significance. It’s just something that science fiction writers like to write about, along with time travel. Right?

Well that’s how I always felt until my co-founder shared the following article with me last week: China has pulled off a “profound” feat of teleportation that may help it “dominate the way the world works.”

I’ve had to re-read it many times to make sure I was not dreaming. Sure, it’s just photons, but if they can do that now, does that mean it might be possible to actually teleport things across the world?

While the first technologies we covered in this article could never completely get rid of the need for shipping cargo around the world in container ships, teleportation could completely wipe out the industry.

A lot of these ideas may seem completely crazy. However, throughout history, technology has demonstrated the “Law of Accelerating Return.” It progresses faster and faster with time, following an exponential growth curve (not a linear growth curve as our brains are wired to think).

Here is an example to illustrate this, borrowed from Singularity University at the 2017 eMerge Americas conference. Last year, Pokemon Go reached the 50 million users mark in 19 days. 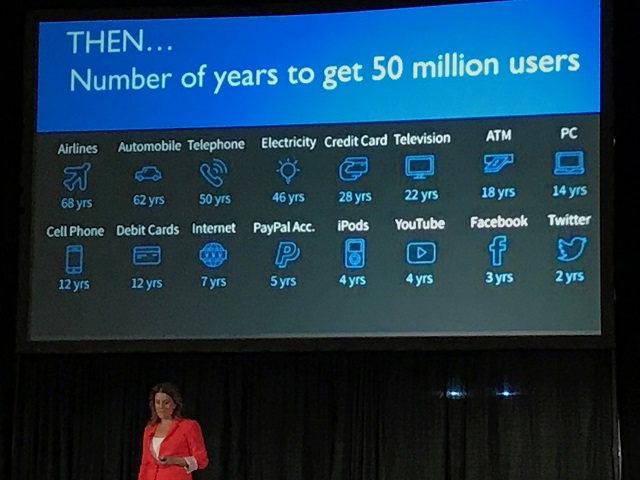 50 years ago, if you told someone that we would be video chatting with people across the continent with no delays and sending rockets to the moon, they would think you are crazy. Yet, we’ve accomplished all these things, so I wouldn’t bet against any of these crazy ideas.

If there is anything to learn from history, it’s that you cannot fight technological progress, and that you better side with it instead of against it. The civilizations or groups with the most advanced technologies always won. The Incas conquered most of South America’s other native populations because they had superior technology. They built a massive army. Yet, their 10,000,000 strong Inca empire was conquered by a group of 168 Spaniards, because the Europeans had better technology and more knowledge. You can find so many other examples illustrating this trend in our history.

So one thing is certain: our company will need to completely reinvent itself multiple times as the world evolves. So does your company.

This is the whole point of this thought experiment: to keep us thinking about all these things and make sure we build a company culture where nobody is afraid of reinventing themselves or disrupting our current 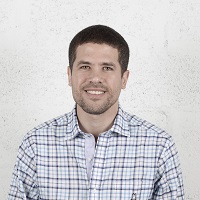 business with new products and technologies.

If you don’t self-disrupt your company, another company or technology will disrupt you. Don’t get caught by surprise. Don’t be Blockbuster vs Netflix.

The most important skill in the future will be the ability to change and adapt quickly.

Luc Castera is the founder of Octopi.