The Centenary of the "First Commando Raid"

Ten days of events next month will celebrate the centenary of the "first commando raid:" the attack on Zeebrugge on April 23, 1918.

Commemorations will take place on both sides of the Channel to honour the British and Commonwealth sailors and marines who sought to bottle up enemy submarines in their Belgian base – and the German troops who fought bitterly to try to stop them. The daring raid on St. George’s Day in 1918 was staged when Allied fortunes were at their lowest ebb as the German Army drove the British and French Armies to the edge of their breaking point. Flanders-based U-boats proved a major thorn in the side of the Royal Navy and maritime traffic in the North Sea and Channel.

Led by the energetic commander of the Dover Patrol, Roger Keyes, a specialist force of blockships, gunboats, submarines and assault parties attempted to "cork the bottle" by wrecking the mole (breakwater) at Zeebrugge harbor and scuttling the blockships in the narrow main channel. 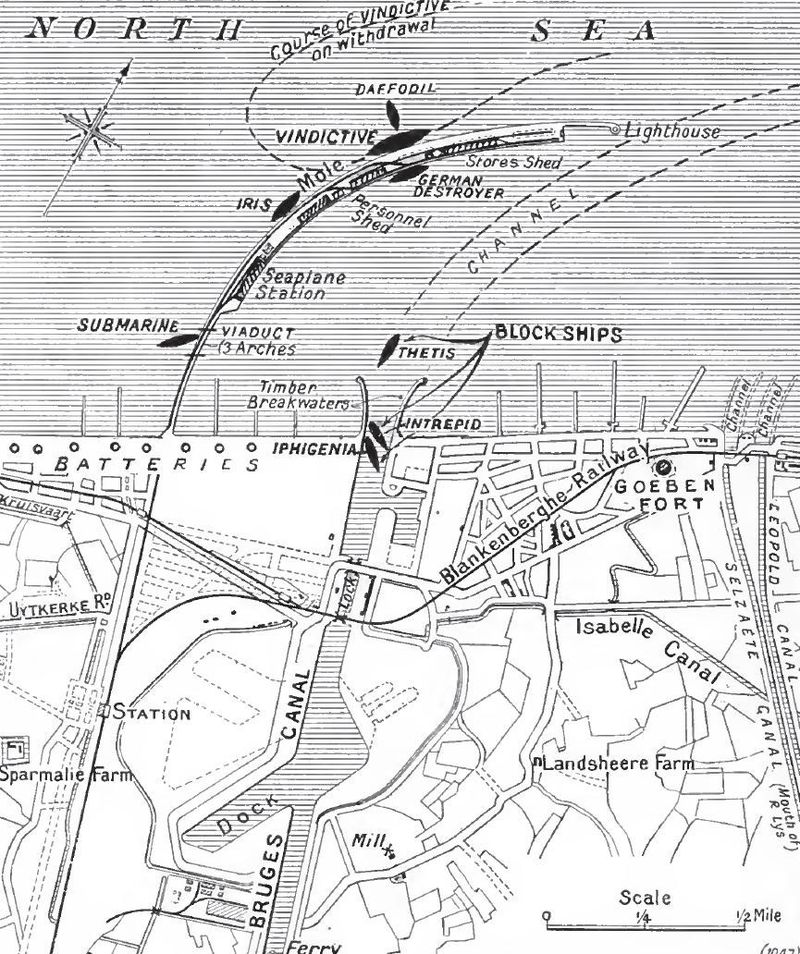 The layout of Zeebrugge harbor and the attack plan (The Times) 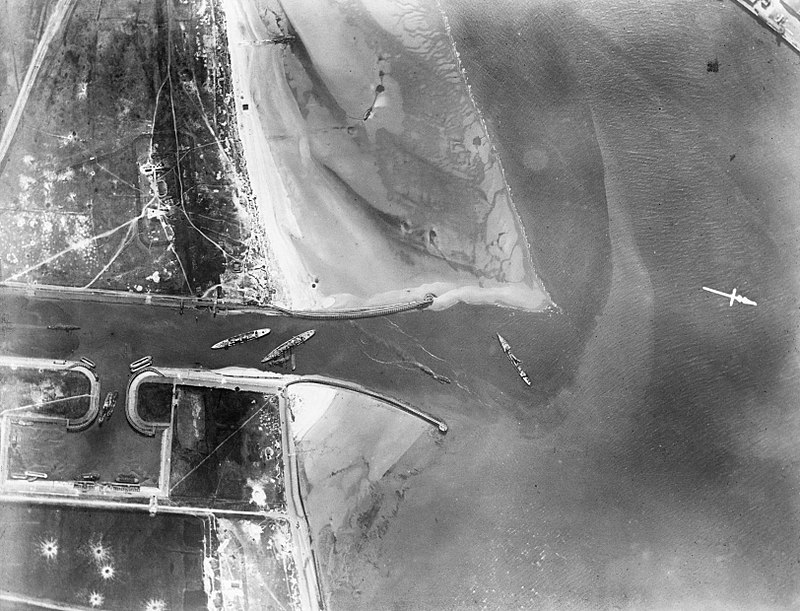 Although the raid failed – the blockships did not stop U-boat traffic – and cost the attackers heavily (of the 1,700 sailors and Royal Marines taking part, more than 580 were casualties, 227 of them killed for just 24 German casualties), it was hailed as a success thanks to a well-orchestrated propaganda campaign by the Admiralty and the award of eight Victoria Crosses to participants.

Centenary events begin with two of those Victoria Cross winners being honored in their home towns: Capt Alfred Carpenter in Richmond and Royal Marine Capt Edward Bamford in Haringey on April 16 and 17. All eight medals, plus three awarded following the subsequent, more successful raid on Ostend, have been collected for an exhibition at Bruges’ historic Provincial Hall which begins on April 20.

On Saturday April 21, senior VIPs, ships and military personnel from Britain, Germany and Belgium will attend the formal commemoration in Zeebrugge, concluding with the dedication of a memorial to Lt Cdr George Bradford VC, killed leading a storming party on the Zeebrugge mole. The day closes with a concert by a combined British-German-Belgian military band. Across the Channel on the anniversary day itself, there will be acts of remembrance at the Zeebrugge Monument in Dover’s St James’ Cemetery followed by a parade through the town.