Lying with her port side buried in the sea bed, this is the outline of HMS Coventry, one of three Falklands wrecks surveyed in stunning detail by HMS Enterprise to mark the 35th anniversary of the South Atlantic conflict.

The separated remains of HMS Antelope, which lie at a 45-degree angle on the bottom of San Carlos Water, and her sister HMS Ardent, which sank in nearby Grantham Sound after being hit by a succession of bombs, were also scanned by Enterprise and her hi-tech survey launch Spitfire. It's the first time in five years the wrecks have been scanned, part of work by the survey ship to update charts of the Falklands for use by fellow mariners.

Wreck of the Ardent 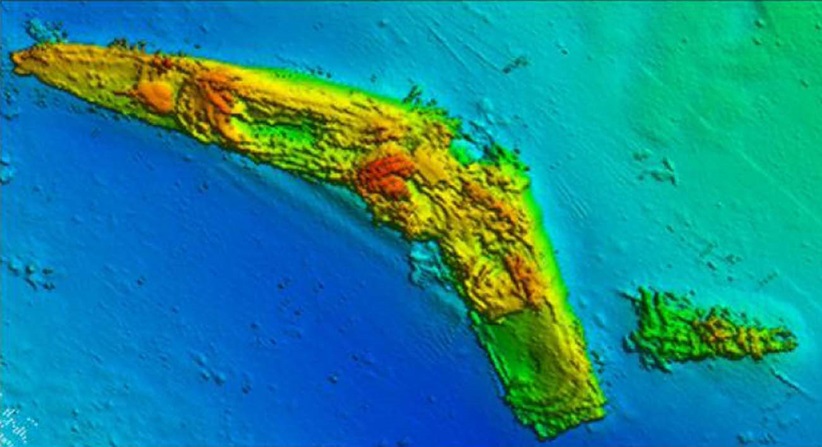 Wreck of the Antelope

Type 21 frigate Ardent was hit by several air raids on the first day of the San Carlos landings and sank the next day, taking 22 men with her. Antelope was struck by a 1,000lb bomb which failed to explode initially, until it was triggered as bomb disposal experts worked to defuse it; the resulting explosions eventually tore the ship in two. "Of all our sonar images of 1982 wrecks, we think Antelope is the most remarkable - the 4.5-inch gun is probably still loaded," said Cdr Philip Harper, Enterprise's CO. 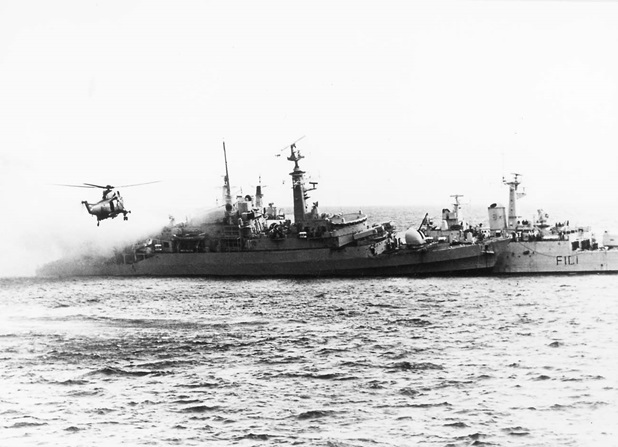 Destroyer HMS Coventry put up a spirited fight against Argentine aircraft, downing two in company with HMS Broadsword in a trap set for the enemy north of Falkland Sound. The success of the trap led to the pair being targeted. Three bombs tore the heart out of the destroyer as they struck Coventry on the port side, causing her to sink in a matter of minutes with the loss of 20 souls.

Crew of the Coventry abandon ship

Coventry lies 300 feet down 13 miles north of Pebble Island, an expanse of water as bleak and blustery now as it was 35 years ago – as a dozen survivors of the destroyer found on a pilgrimage to the site with HMS Clyde. Today's sailors joined the veterans on the flight deck for a service of remembrance before a wreath was cast into the South Atlantic and a tot of rum poured into the waters at the request of relatives of crew lost on May 25, 1982.

"Hopefully we have done our shipmates proud, right over the spot where we were sunk 35 years ago," said Chris Howe, Coventry Association chairman. "It's been amazing to come back here and remember our shipmates who are still on patrol. Some of us are of an age where we might not be able to get down here again."

Lt Emily Witcher, Clyde's operations officer, said the guardship's crew had been both fascinated and moved by the veterans' accounts of life in the RN in 82. "It's been really interesting learning the differences between the Navy of then and now and especially what these men went through – which the modern sailor might not have appreciated before, especially the conditions some of them endured," she said.