Royal Navy divers joined their Canadian and American counterparts in frozen British Columbia to observe the dangerous art of diving under ice.

A six-strong team from the Northern Diving Group based at Faslane made the 12-hour/4,400-mile trip to Victoria on Vancouver Island to learn about the skills, techniques and equipment needed to plunge into near-freezing waters – with the surface covered by a thick layer of ice.

Ice diving would be a useful additional string to divers’ already-impressive bow, especially with a resurgence in operations and training in the Arctic.

After instruction in the theory of ice diving in the classroom with the Pacific wing of the Canadian Fleet Diving Unit, the teams headed out on to a frozen lake, 1,369 metres (nearly 4,500ft – or higher than Ben Nevis) above sea level.

We were able to draw from the Canadians’ vast amount of ice diving experience; that, plus the information we gained from observing, will make a significant contribution towards the Royal Navy’s continued development of extreme cold weather diving

The water itself was just above freezing – perhaps 1 or 2 degrees Celsius – while the outside air temperature averaged 15 degrees below zero.

Those conditions alone demanded special care was taken to prepare equipment – and divers, who are susceptible to non-freezing cold injuries. 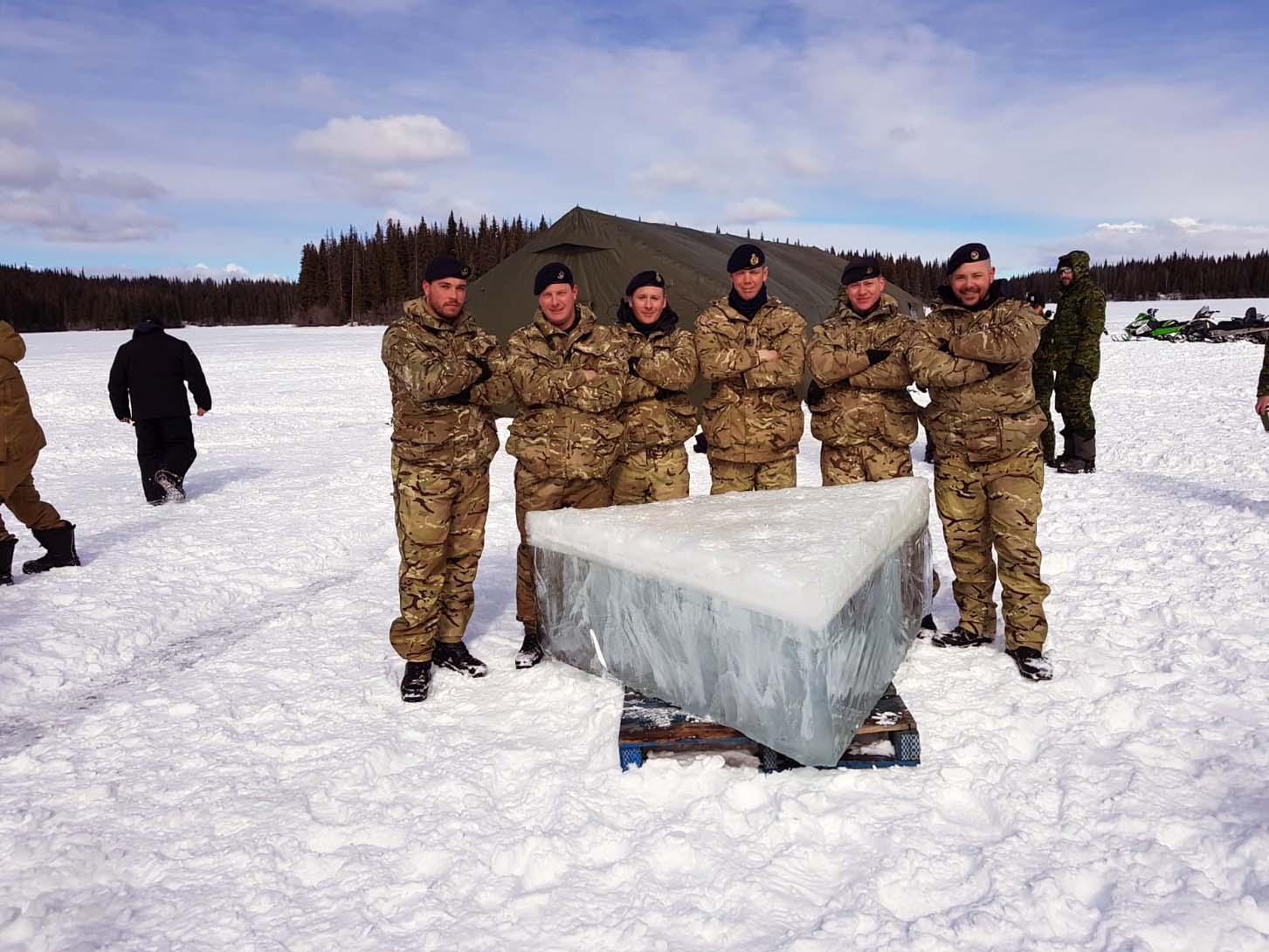 But to get to the water, chunks had to be cut in ice at least one metre thick – hence the chainsaws. Several holes were carved out, with huge blocks of ice weighing more than a tonne at a time lifted out using hoists.To protect the divers from the elements ice shelters – tents – were built over the holes as colleagues donned thermal protection and checked equipment thoroughly. 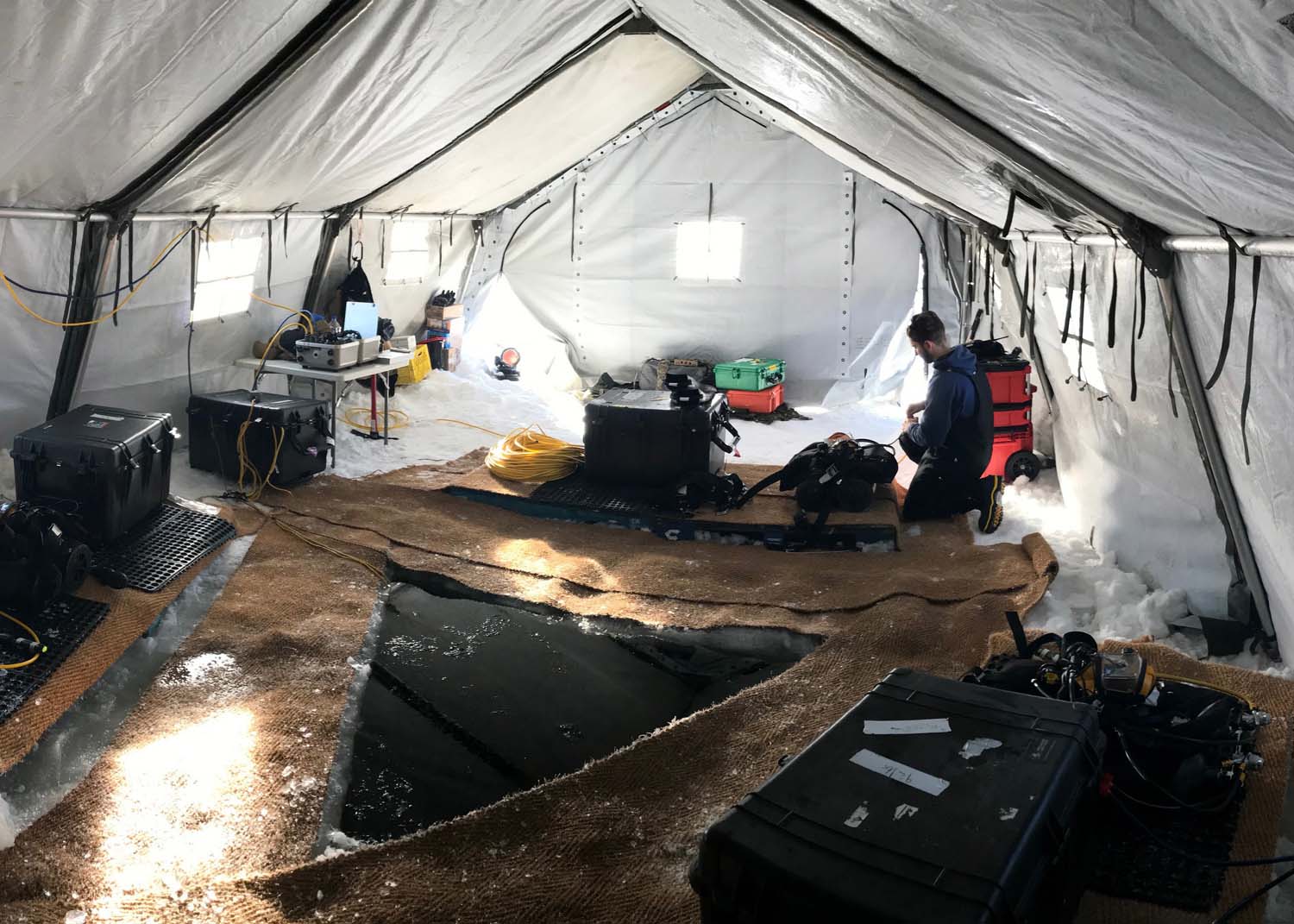 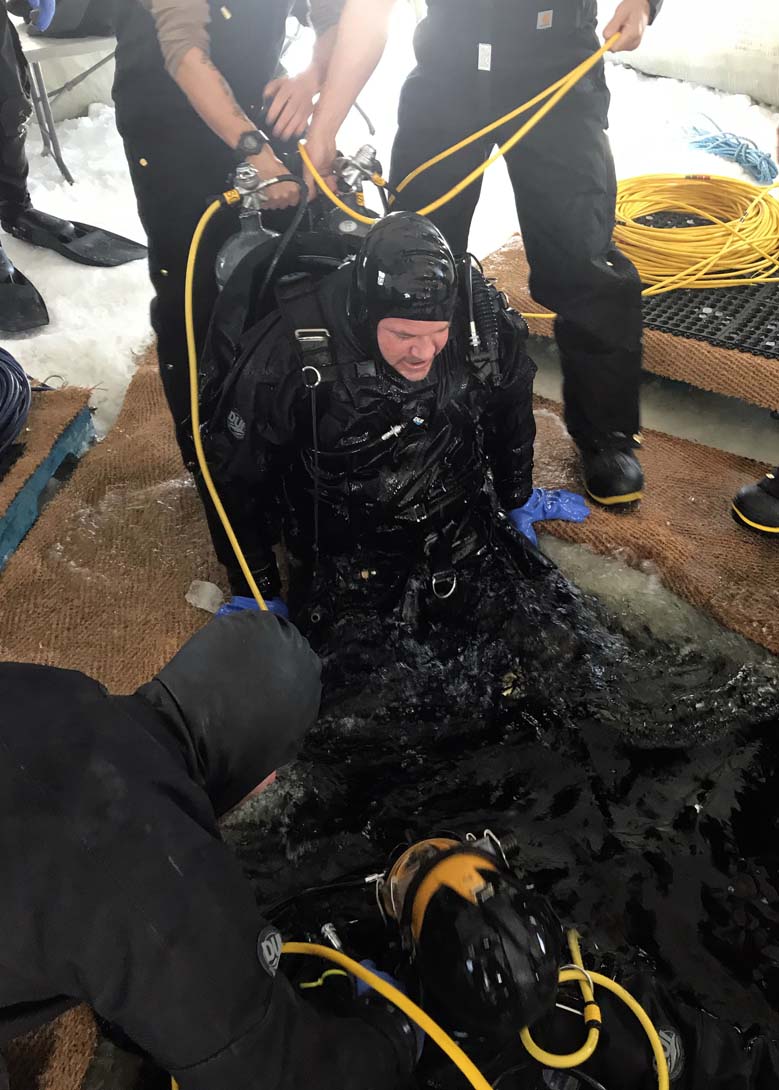 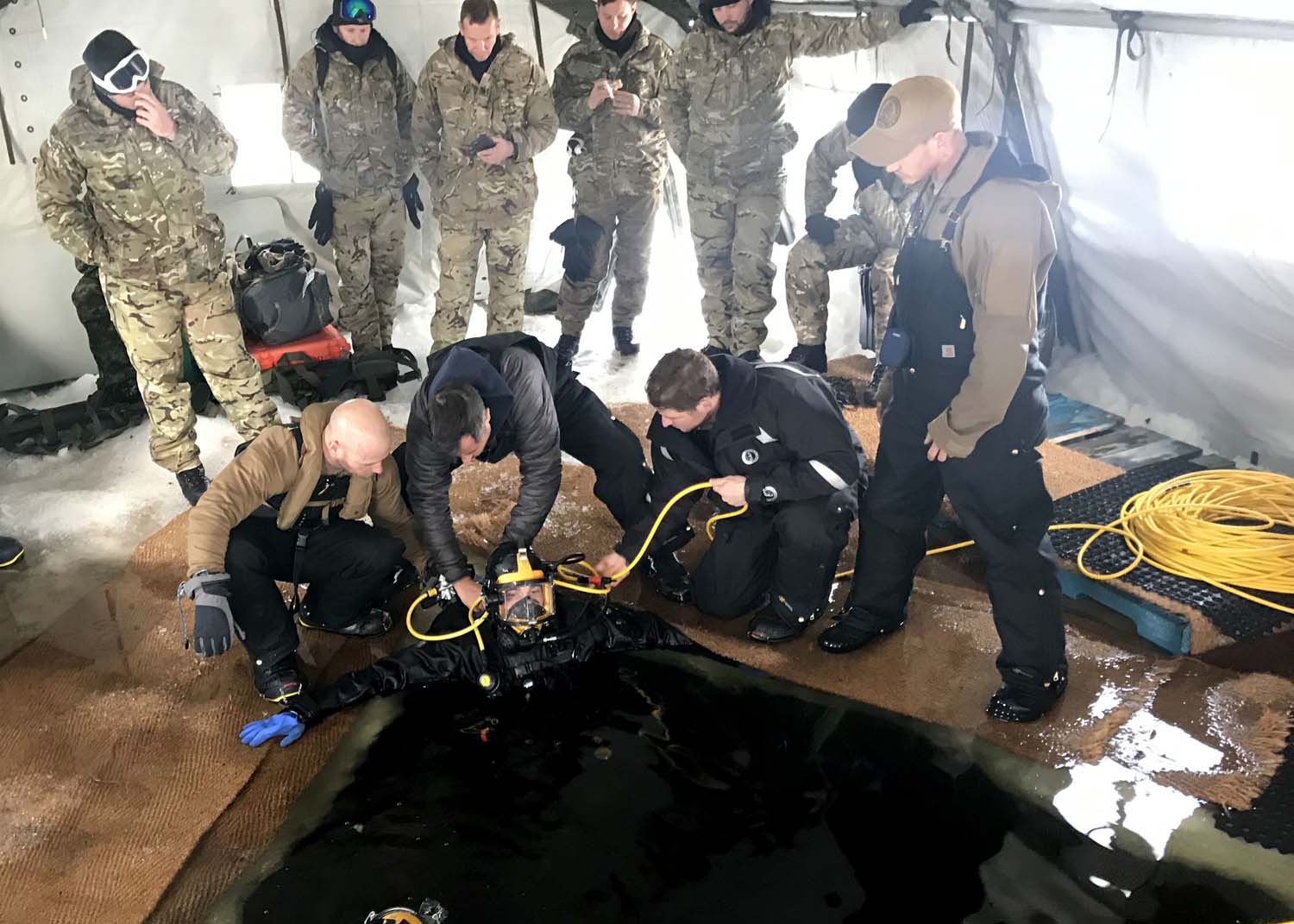 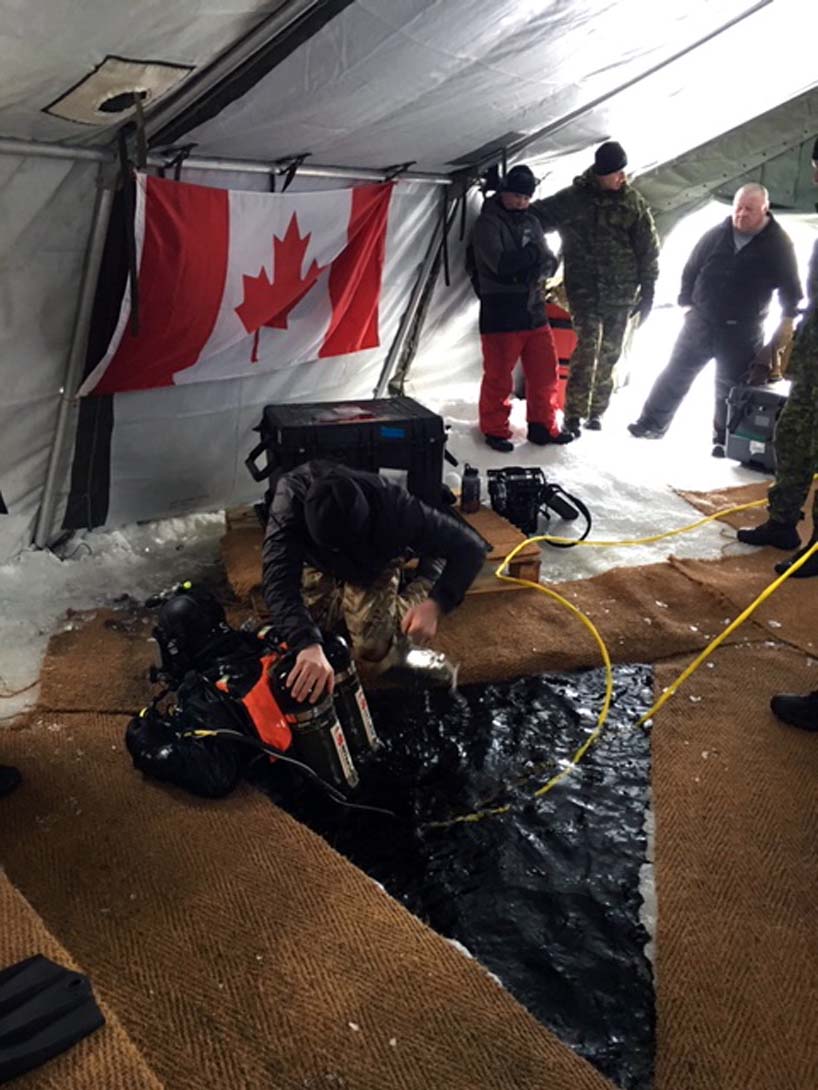 Diving is dangerous even in the most benign of conditions and warmest of waters. Ice diving is about as dangerous as it gets: there is little, if any, visibility once under the ice, equipment has the potential to freeze and the slightest imperfection in the dry suit such as an ill-fitting seal exposes the diver to ice-cold water swilling around… and hypothermia. Should anything go wrong, divers have to react almost instantaneously and get to the relative comfort of the diving shelter – seconds can be the difference between life and death.

Nearly six months before the two-week training exercise, the Canadians had placed several objects on the bed of the lake before the surface froze over. It was left to the divers to recover them using specialist underwater navigation and sonar equipment, simulating a salvage operation from a crashed aircraft - which they did over four days in the near-zero waters.

As the dive sites were in the middle of a lake, the daily ‘commute’ required the use of snowmobiles, and the Brits had the chance to try their hand at snowboarding and catch an ice hockey match before jetting back to the Clyde.

“Despite the challenging conditions, the exercise proved to be extremely rewarding and beneficial,” said Warrant Officer 1st Class Si Crew. “We were able to draw from the Canadians’ vast amount of ice diving experience; that, plus the information we gained from observing, will make a significant contribution towards the Royal Navy’s continued development of extreme cold weather diving and any future ice diving capability requirement.”