Pacesetters of WWII: The First Female Physicians in the U.S. Navy

In 1917, at the height of World War I, the American Women’s Hospital Service (AWHS) began advocating for changes to allow female physicians to receive military commissions after they were excluded from service in the reserves of the armed forces. In 1939, the possibility that another war might engulf their country prompted female physicians to rally again for the right to serve. In December 1941, the director of the American Medical Women’s Association (AMWA) sent resolutions to President Franklin D. Roosevelt asking that female physicians be admitted on an equal basis with men in the Medical Reserve Corps of the Army and Navy.

On 30 July 1942, President Roosevelt formally authorized the creation of the Women’s Reserve of the U.S. Naval Reserve, known as the WAVES (Women Appointed for Volunteer Emergency Service). Women were allowed to join their own branch of the reserves; however, there were restrictions. For example, they were restricted to duty within the continental United States. The establishment of the WAVES allowed female physicians to be assigned to the care of the women who served, but these commissions were within an auxiliary force rather than as part of the service.

In 1942 and 1943, Dr. Emily D. Barringer, president of the AMWA, served as the chair on a special committee to lobby Congress specifically for the appointment of female physicians and surgeons to the Medical Corps of the Army and the Navy. In April 1943, the Sparkman Johnson Act was passed to allow women to receive temporary commissions in the Navy, Army, and Public Health Service. During the remaining years of World War II, fifty-seven women received temporary commissions in the U.S. Naval Medical Corps. 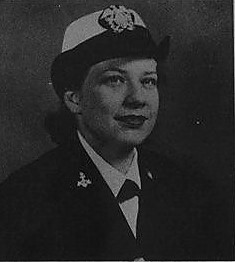 Dr. Cornelia Jane Gaskill received her commission as a Lieutenant (j.g.) in the Women’s Reserve on 1 September 1942. She was a 1937 graduate of Cornell University School of Medicine.

As a specialist in gynecology and obstetrics, she was based with a group of reserve officer candidates at Mount Holyoke College, where she served as the physician for all 350 girls in training at the college. She left the service in 1944 following her assignment to the school, and after the war, she joined the faculty at Tulane Medical School in the Department of Obstetrics and Gynecology. 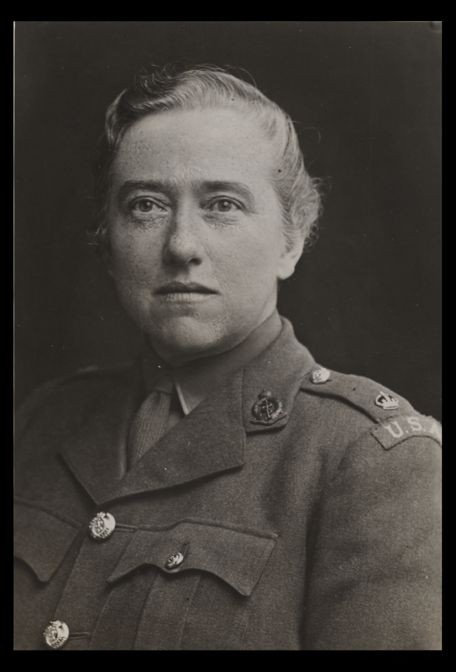 Achsa M. Bean graduated from the University of Maine in 1922 and attended medical school at the University of Rochester. She was one of three women in her class when she graduated in 1936. Prior to the start of World War II, she was hired at Vassar College.

When war broke out, she volunteered for the American Red Cross at the age of 42, responding to a request from the British Emergency Medical Service. In February 1942, she left for England with her friend, Barbara Stimson, to serve overseas. Her service in England and her full commission as a major in the Royal Army Medical Corps were cited in 1943 by Dr. Emily Barringer in her advocacy for the appointment of female physicians and surgeons in the armed forces of the United States.

When Dr. Bean returned to the United States in the fall of 1942, she wrote of her satisfaction with her experience in England and her contributions to the war effort overseas. In a letter to Dr. Esther Lovejoy, past president of the Medical Women’s International Association and director of the American Women's Hospital Service (AWHS), expressing appreciation for her experience overseas and her hope that she could be of service to her own country.

In an interview with the Vassar College newspaper, she said she joined because “I couldn’t stand us – that is, America as a whole, because we were so untouched by the war, and complained so much.” After her experiences in London, she refused to stand on the sidelines, and she spoke often of an increased sense of social responsibility.

After being granted a commission as a major in the Royal Army Medical Corps while serving in England, Dr. Bean refused to accept anything less than a commission as an officer. She wrote of her experience overseas as proof that female physicians were capable of standing side-by-side with their male counterparts. Upon accepting an internship at the National Naval Medical Center in 1943, the newly appointed Lieutenant (j.g.) Bean was careful to distinguish that she had “not joined the WAVES,” but she had received a “lieutenantship in the United States Naval Reserve.”

Dr. Bean was aware that women were not yet allowed to enroll in the Naval Medical Corps, but she was hopeful that the change was coming when she reported for duty at Bethesda on 14 February 1943. She was initially put in charge of the dispensary at the Women’s Naval Training School, Hunter College, in the Bronx, New York City. In an interview with  the Poughkeepsie Journal, Lieutenant Bean was excited to serve her country, but hopeful that legislation would soon be passed to allow women to serve overseas. In 1944, she was promoted to lieutenant commander and sent to Pearl Harbor to serve as senior medical officer of the Women’s Naval Reserve for the 14th Naval District.

After her discharge in December 1945, Dr. Bean returned to her position as a professor of hygiene at Vassar College. She often gave talks on campus to increase student awareness of the toll that the war had taken on people all over the world. She was a strong advocate for the American Red Cross, often writing articles for the campus newspaper about the importance of this organization to show student awareness for global health concerns. In June 1946, she became the Vassar College physician. She continued to travel often to observe different clinics and hospital operations in New York and overseas, and share her own experiences until her retirement. 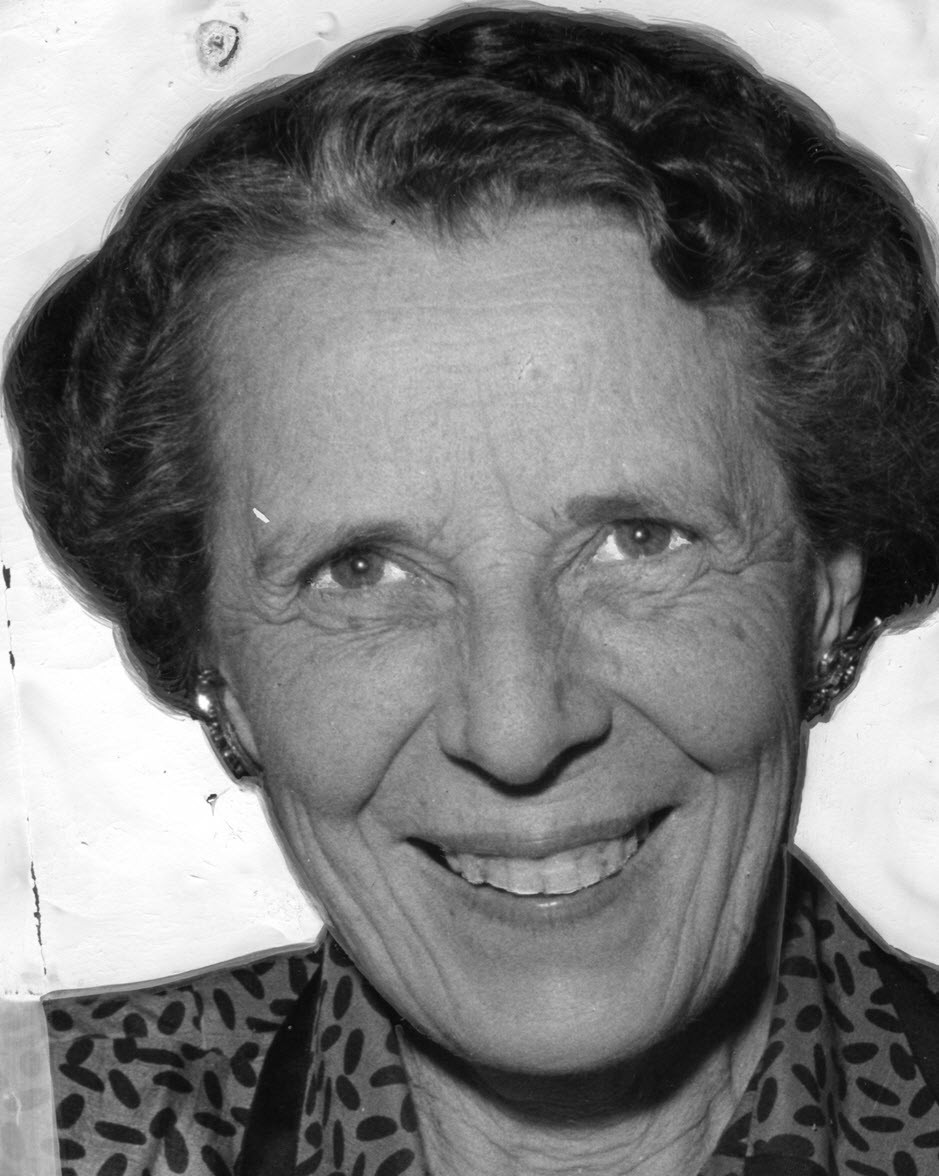 Hulda E. Thelander was born to Swedish immigrants in Little Falls, Minnesota. She graduated from University of Minnesota with her undergraduate degree and completed her medical training at the same institution. She worked as a medical missionary to China from 1926 to 1927 before returning to the United States. After her return, she established her practice at the Children’s Hospital in San Francisco before the outbreak of World War II.

When Dr. Thelander was commissioned on 29 March 1944 as a lieutenant commander, she was the first female physician to receive a commission with a rank higher than lieutenant. Although her specialty was pediatrics, her experience in contagious diseases and her medical degree were in demand.

Dr. Thelander was assigned to report for service with the U.S. Marine Corps in San Francisco on 29 March 1944. In an interview many years later at the University of California, she said that "it was a strange feeling to don a uniform and walk down the streets of your home town and be saluted . . . I rather liked my uniform." Lieutenant Commander Thelander gave lectures to the women assigned to the Marines in the bases on the West Coast about what she called the “Birds, Bees, and Wolves” in an effort to prevent further increases in pregnant women in service. After the end of the war, she was honorably discharged in 5 December 1945.

After the war, Dr. Thelander continued to serve in the reserves as a consultant to female veterans until her retirement in 1953. She went back to a successful career as a pediatrician and became an authority on birth defects. In 1951, she became Chief of Pediatrics at Children’s Hospital in San Francisco. She taught at the University of California, San Francisco (UCSF), and Stanford Medical School.

She continued to expand her understanding of the field of medicine and her education as an advocate for women’s rights. In 1952, she joined another female doctor, Dr. Helen B. Weyrauch, in a study of 230 female physicians, both married and unmarried, to assess their contributions to the field. They found that women who were married had two jobs, and their primary job was not their role as a physician.

Among the awards she received for her tireless efforts, Dr. Thelander was honored with the International Humanitarian Award for her work with children with debilitating disorders. In 1968, she received an honorary doctorate of law degree (L.L.D) from the University of California at Berkeley. Before her retirement from her civilian career, she served as the director for the Child Development Center, Children’s Hospital of San Francisco.

Kati A. Engel is an editor and writer with NHHC's Communication and Outreach Division.

This article appears courtesy of NHHC and is reproduced here in an abbreviated form. The original may be found here.