Looking Behind the “Fake News” 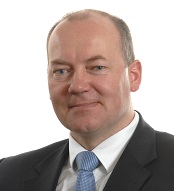 We have recently been surrounded by many comments, articles and discussions about the mental health of seafarers. I was getting more and more concerned that the articles I read painted a completely different picture to the knowledge I acquired over my years as a seafarer and now in my role with InterManager.

I appreciate that our industry has a lot to improve, especially when it comes to treating seafarers, our people at sea, but we seafarers have had years to build resilience.

When reading serious articles and research into the suicidal deaths of human beings – especially by Dr. Stephen Roberts, a British Scholar from Swansea University – we can immediately see that it is not isolation which pushes people to commit suicide but a lack of perspective, a hopeless situation and very often financial worries. Also, interestingly, many scholars point out that the most endangered professions are those who have ready access to the ‘tools’ which could help them take their lives away.

The most comprehensive study I came across (High-risk occupations for suicide by S.E Roberts) checks the situation in the U.K. and concludes that over the years seafarers have been steadily improving their mental health.

It is worrying then that seafaring was considered a very risky profession, as far as suicide is concerned, but that was in times when many ships required heavy labor provided by very poorly paid Lascars (from the Asiatic region). Nowadays Roberts and his team note that, since seafaring is becoming more and more a blue or even white collar profession, suicide rates among seafarers placed us among the “occupations with suicide rates that decreased over time.”

I am very thankful to The Maritime Executive for its willingness to explore beyond the “fake news” and for the depth of the article. It is extremely important for those who live in the very “fast lane” to have some of the figures translated.

There is no denying that we people working at sea, seafarers, have our issues, but these issues are not unique – they affect similar numbers of people involved in other industries. It is, however, right that we look after our workforce, and therefore we at InterManager welcome this serious and professional discussion.

I am afraid that “fake news” and biased opinions do not serve our seafarers well.