It's Time for a Lower Global SOx Cap 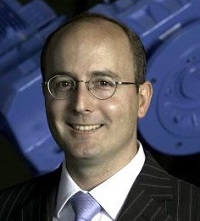 Seven years ago, the United Nations’ agency tasked with preventing pollution caused by the shipping industry declared its intention to put a global cap on poisonous emissions by limiting the amount of sulfur to be allowed in marine fuels. The time has come for the IMO to lead the industry forward, as it meets this month to vote on a date to enforce its cap.

Sulphur oxide (SOx) emissions from ship exhausts sicken and cause the premature death of tens of thousands of people each year, studies agree, mainly from cancer and heart and lung diseases. Using fuel with a lower sulfur content, or deploying technology to scrub exhausts, would lower the human toll. That is reason enough to cap emissions.

Most ships run on high-sulfur bunker fuel because it is cheaper. Marine fuel contains about 3,500 times the amount of sulfur as that for cars.

The result is that one large vessel – in one day – can emit more SOx than all the new cars that come onto world’s roads in one year. Large ships consume up to 100 tons a day at sea. One large vessel, then, can produce as much SOx in one day as would 75 million diesel cars.

To put that in perspective, worldwide, about 73 million new petrol and diesel cars were produced last year, and today, almost 100,000 vessels of various kinds are estimated to be on the high seas.

The IMO has a choice: either to enforce its cap in 2020 or to postpone it until 2025. It would risk falling out of step with other multinational efforts to control emissions should it grant those opposed to the cap a stay of almost another decade.

Responsibility for the control of all shipping emissions falls in the lap of the IMO, rather than be included in government pacts such as the Paris Agreement on Climate Change, because shipping is a global activity, and it would be complicated to allocate emissions targets to nations. It was for this reason that any control of carbon dioxide emissions from ships was excluded from the 2015 Paris accord – a move described by the European Union’s Climate Commissioner, Miguel Arias Canete, as "a step backwards."

Since then, the world’s two largest emitters, China and the United States, ratified the climate change agreement. Other countries followed, and it will now come into force on November 4. The IMO should heed this lead and implement the plan to reduce SOx emissions by 2020 that it has long had in place.

Ship emissions impact people’s health, and, with global warming, our ability to grow enough food. While the monetary cost of emissions control is of primary importance to the industry, the global impact of emissions cannot be ignored.

The change being asked of shipping companies is to reduce the sulfur content of the fuel they use when steaming in open waters from 3.5 to 0.5 percent. North America and parts of Europe already demand that ships use fuel with a sulfur content of 0.1 percent or less when sailing within their shores. Higher-grade, low-sulfur fuels are, of course, more expensive. Today’s oil prices are comparatively low. They could rise, adding to the troubles faced by an industry that is drowning in overcapacity, and which recently forced Hanjin, one of the world’s largest shipping companies, under.

The point of mandating the use of lower sulfur fuels is not to force shipping companies to pay more at the pump. It is to reduce the deadly impact of SOx emissions. Even the International Chamber of Shipping, the industry’s trade body, points out that the IMO’s decision on when to implement its lower sulfur cap is meant to focus on the availability of compliant fuel, rather than take account of its purchase price.

Still, the industry will have alternatives. Exhaust scrubbers that virtually eliminate SOx emissions from even cheap, high-sulfur fuels, are improving. Scrubber units are getting smaller and easier to install, more efficient, and cheaper to use and buy. While scrubbers have installation and operational costs, companies can, over time, recoup that outlay from still being able to buy cheaper, lower-grade fuel.

The IMO says its regulations should be “universally adopted and universally implemented,” putting no one company at a disadvantage. Putting a stop to any industry practice that causes unacceptable human and environmental damage should give no one pause. The time has come for a lower global cap on SOx, and the IMO should move ahead without delay.