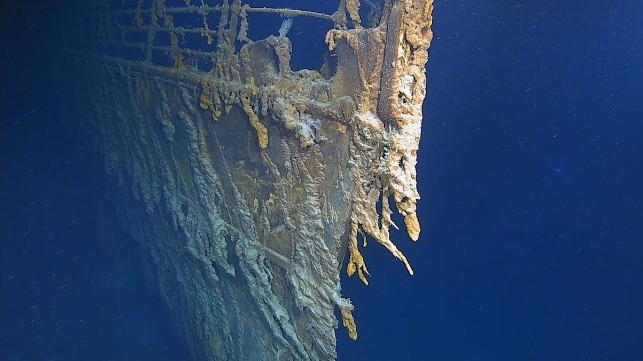 Salvor Makes Plans to Recover Objects from Within the Titanic

Is There Too Much Optimism About 2020 Bunkers? 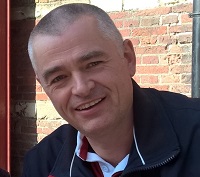 In April 2018, ships visiting Singapore lifted 3,023,100 tons of IFO380, and 126,100 tons of MGO. If we assume a price of around $475 for IFO380 and $680 for MGO, the market was worth more than $1.5 billion for those two grades alone. This is only a rough estimate, but it gives a sense of the scope and size of the market. Especially when we consider that the International Energy Agency (IEA) in its medium-term oil market forecast, Oil 2017, estimated the total bunker market at 4.2 million barrels per day (bpd). What we do know for certain is that a very substantial amount of it is bought on credit and that reckless credit decisions don’t just impair the borrower. They can often damage the trader and other counterparties too.

To those receiving it, supplier credit lines form a vital part of their overall available liquidity. BIMCO estimated during research into its new version of the standard contract Bunker Terms that the bunker industry today is financed by $10-20 billion each year, and most fuel buyers would not have the liquidity to cope without the credit.

The challenge as we approach the implementation of the global 0.5 percent sulfur cap in 18 months time is that the price of fuel (distillates or distillate blends, which the majority of ship owners will have to burn to remain compliant) is likely to increase substantially. The ICS has suggested that the price of fuel could spike by as much as $400 per ton, and as Maersk highlighted in its recent financial reports, an increase in fuel costs of +/- $100 per ton results in a $500 million impact on the bottom line. Consequently, credit lines and terms need to be re-evaluated in line with this changing reality.

30 years ago, Los Angeles was the world’s largest bunkering port, and majors, as well as national oil companies dominated the industry. One of the biggest influences on the growth of independent fuel suppliers was the shipping crisis in the first half of the 1980s. The recurring failures of shipping companies during that era led to a major reconsideration of bunker credit provision.

Shipping has had many ups and downs since then, but until the global economic crash of 2008 it remained relatively common in parts of the industry for little real risk analysis to take place because the booming market produced few enough defaults.

Credit managers have, for the most part, reigned in the most flagrant excesses. However, it’s well known that certain bunker trading companies continue to over ambitiously extend credit lines – often to the detriment of the wider sector and sometimes themselves. However since the financial crisis and the demise of OW Bunker in 2014, there has been no shortage of big names that have suffered protracted defaults, insolvency, or bankruptcy. These are never words you want to hear, but they are an unfortunate, and all too common commercial reality. Hanjin Shipping, Rickmers Holding, Flinter Shipping and Rizzo Bottiglieri are potentially only the tip of the iceberg, and the risks ahead for shipping are titanic.

Credit managers need to make sure that their lines are in place and properly managed by this time next year. Well-prepared credit managers have already started assessing viability and ensuring that their counterparties are capable of withstanding market stress. At Bomin we’ve been undertaking this groundwork since 2017, ensuring that we only contract with the highest quality clients that have integrity and share our values, and work with them to provide credit lines that strengthen their operations and accurately reflect the level of risk they can weather.

Simple credit management that doesn’t extend beyond basic analysis and scrutinizing ratios is not sufficient in this day and age. Each counterparty must be carefully assessed on its individual merits, and judged accordingly. A warning sign for one owner may prove immaterial, but the same outcome for another owner could, in conjunction with other information, alert you to a major red flag. This type of oversight is crucial to protecting all parties in the transaction. Not just financially, but also for reputational, operational and litigation risks.

Many of these perils are well known in other industries, but the prevalence of privately-owned businesses where important financial data and metrics are only disclosed to the board, make it especially important to understand who you’re dealing with. It sounds simple to do, but more than once in recent years I’ve heard from trusted contacts about situations in which it turned out that a credit provider didn’t even know the name of the legal entity it was dealing with.

Of course, knowing the identity of the ultimate beneficial owner is only one step in a multi-faceted process. Creditworthiness extends well into the realms of strategy, exposure, performance, and other subjective factors such as reputation. Both push and pull factors are increasing the transparency expected within the sector, and the reality is that those that do engage will be trusted quantitatively and qualitatively more than one who won’t – and they’ll get better prices as a result.

The next five years represent the biggest challenge for bunkering in many decades. It’s a heat we’re all feeling as credit managers. But as we’re taught in chemistry, pressure felt is directly proportional to absolute temperature. The companies best able to keep their cool in the coming years will be those that understand their customers well enough to adapt and maneuver in changing economic circumstances.

Salvor Makes Plans to Recover Objects from Within the Titanic

RMS Titanic Inc., the salvage and exhibition company that describes itself as "the exclusive steward of RMS Titanic," plans to conduct another expedition to recover materials from the wreck site - and, for the first time ever, to take an artifact from within the ship.  RMS Titanic Inc. has the admiralty rights for salvage at the site, and it has retrieved about 5,500 items since its first (controversial) dives in 1987. Its last expedition to the site was in 2010,...